TikTok's biggest hits of the year—and its predictions for 2020

The most viral videos on the app included a science experiment conducted by YouTube star David Dobrik, a man doing surgery on a banana and a swimming pool stunt gone terribly wrong 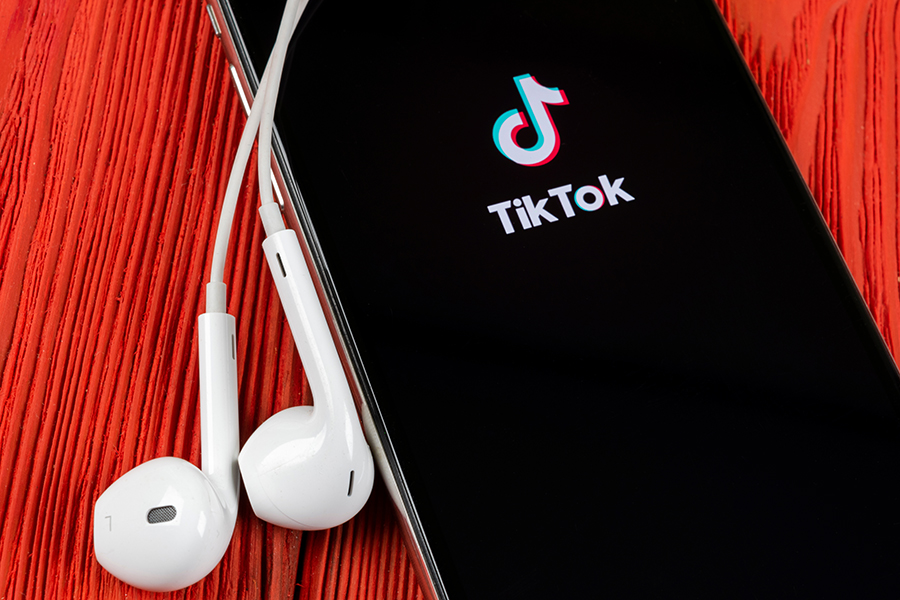 TikTok has released the TikTok 100, a year-in-review list that names the top videos, genres, creators and memes that shaped the fastest-growing platform of the past year. The list highlights popular TikToks in topic areas like beauty and style, sports, pets and dance trends.

The most viral videos on the app included a science experiment conducted by YouTube star David Dobrik, a man doing surgery on a banana and a swimming pool stunt gone terribly wrong. Top memes on the app included #TikTokChecks (a format where users show off locations or objects as markers of their identity), VSCO girls (a youthful subculture consisting of scrunchies, Hydro Flasks and environmentalism) and “walk a mile,” in which people create high-heeled shoes out of absurd objects in a riff on an Iggy Azalea song.

“The thing that continues to inspire me is how much diversity and amazing content there’s been on the app,” said Vanessa Pappas, the general manager of TikTok North America and Australia. She pointed to the breakout success of Lil Nas X and the impact the platform has had on the music industry as a highlight of this past year. “TikTok has become a hotbed of talent, and there’s so much discoverability on the platform that it can be used as this mechanism to discover new voices,” she said.

The list, which incorporates views, likes, shares and trends into its rankings, showcases TikTok’s power to generate conversation and drive meme culture. It also shows the app’s role in introducing an entirely new type of notoriety into the online attention economy: TikTok fame. Being “TikTok famous” is a mark of status for teenagers. Clubs have sprung up to help those seeking it; countless young people goof off in their bedrooms with their phones for hours, hoping for a hit.

TikTok fame is different from fame on other social platforms like YouTube, Twitter or Instagram. Because TikTok primarily serves viewers through its algorithm-driven feed, you don’t need a single follower on the app to have a video blow up. You just need to tap into the right trend, or do the right dance at the right time.

“There’s something really attainable about TikTok fame. Anyone can post a video and it can be seen by hundreds or millions of people,” Pappas said. From there, fame happens fast. TikTok creators on the TikTok 100 include Noen Eubanks, who made his first video a year ago in September and now has more than 7 million followers. Others include Chase Hudson, @ThisAintJay and Charli D’Amelio.

“When we think about TikTok it’s this mobile-first platform and there’s so many things about the format itself that speaks to meme culture,” Pappas said. “Anyone can have a viral moment. Often we see creators take a topic and put their own spin on it and it really does have this viral effect. Because TikTok tends to lower the barrier of entry, creation is really being democratized.”

Predictions for 2020
As the platform continues to birth new creators, Pappas said helping them make money is something the company is thinking hard about. She previously worked at YouTube and is deeply familiar with the tensions that arise between those seeking to make a living on social platforms and the platforms themselves.

“Creators are such an important part of our ecosystem, and monetization is something we hear often,” Pappas said. “We’re at the beginning stages of exploring different models and ways we can connect creators with brands and opportunities. We recently rolled out TikTok’s creator marketplace that connects creators to brands. We’re definitely in that exploratory phase, but we’re focused on what ways we can best serve our creative community.”

Serving that community also means broadening what many would consider traditional creators or influencers. “The definition of ‘creator’ is changing,” Pappas said. “We’re seeing this next generation of creators being born in ways we haven’t seen previously. For me, what’s been interesting is that now anyone can become a creator. People are owning their own voice, not having to express a polished version of themselves. When you look at other platforms there’s different versions of yourself you’re putting out there, TikTok is about being yourself, warts and all, and this new generation of creators is really embracing that.”

It’s not likely that news will be the company’s future focus. “There are so many outlets to find breaking news, so I don’t see TikTok as being a place for that. We’re not a real-time platform,” Pappas said.

However, the app is becoming increasingly political. Young activists use TikTok to spread political messages; users of all ages have begun leveraging the platform to share opinions on issues surrounding the impeachment inquiry, Trump administration policies, the 2020 election and more.

Because TikTok is owned by Chinese tech conglomerate, Bytedance, the app has also faced charges of political censorship. According to The Washington Post, employees of TikTok in the U.S. were pressured to censor “culturally problematic” content that might offend the Chinese government.

“This is something that I want to wholeheartedly stress: We do not censor any content based on political sensitivities,” Pappas said. “Everything from the U.S. market is driven from the U.S. team. We have U.S. moderation team, our head of trust and safety is in the U.S., it’s a U.S.-led operation. We don’t do any type of censorship in that regard and wouldn’t even if we were asked.”

Tweets by @forbesindia
Has the United States dodged a recession?
FIFA looks to investors to create "world's greatest football experience"