The crash, which reportedly killed everyone on board, came at a tense time in Iran, as political escalations with the United States had the country on the edge 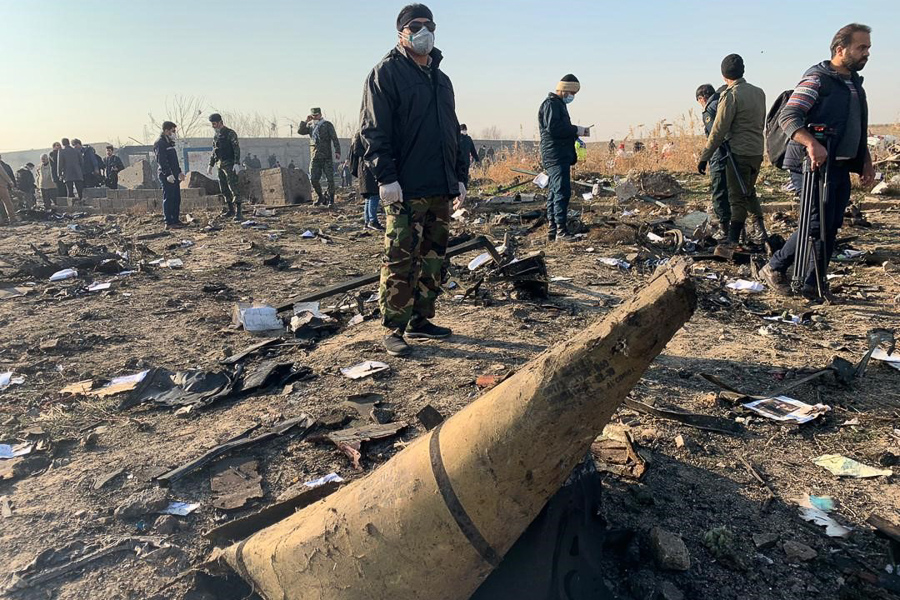 ​
A Ukrainian Boeing 737-800 carrying at least 170 people Wednesday crashed shortly after takeoff from Tehran because of technical problems, according to the Iranian state news media.
Everyone on board died in the crash, the Iranian state news media reported. The plane was bound for Kyiv, Ukraine’s capital, local media reported. Photos posted by Iranian news organizations showed rescuers examining smoking rubble in a field. The Iranian Students’ News Agency, a state-run media organization, shared a video it said showed the predawn crash, with a distant light descending in the distance before a bright burst filled the sky upon impact. Ukraine International Airlines Flight 752 departed Imam Khomeini International Airport in Tehran at 6:12 a.m. Wednesday and lost contact at 6:14 a.m., according to a flight tracker. “We are aware of the media reports out of Iran and we are gathering more information,” Boeing said in a statement. Boeing has been under intense scrutiny after the crash of two 737 Max jets in less than five months, which together killed 346 people. The Max has been grounded worldwide since March, creating a crisis for the company and leading to the firing of the chief executive. As the company struggles to get a fix for the Max approved by regulators, new safety risks have recently emerged with the plane, which the company may also need to assess on the 737 NG. The Boeing 737-800 has not been flagged for issues. The crash came at a tense time in Iran, as political escalations with the United States had the country on edge. On Tuesday, the FAA banned American airliners from flying over Iran, citing the risk of commercial planes being mistaken for military aircraft.