WeWork's parent, the We Co., aimed to sell enough shares to raise as much as $4 billion, and had lined up $6 billion in a bank loan that was contingent on the IPO. Without a large infusion of capital, the company is expected to slam the brakes on its breakneck expansion 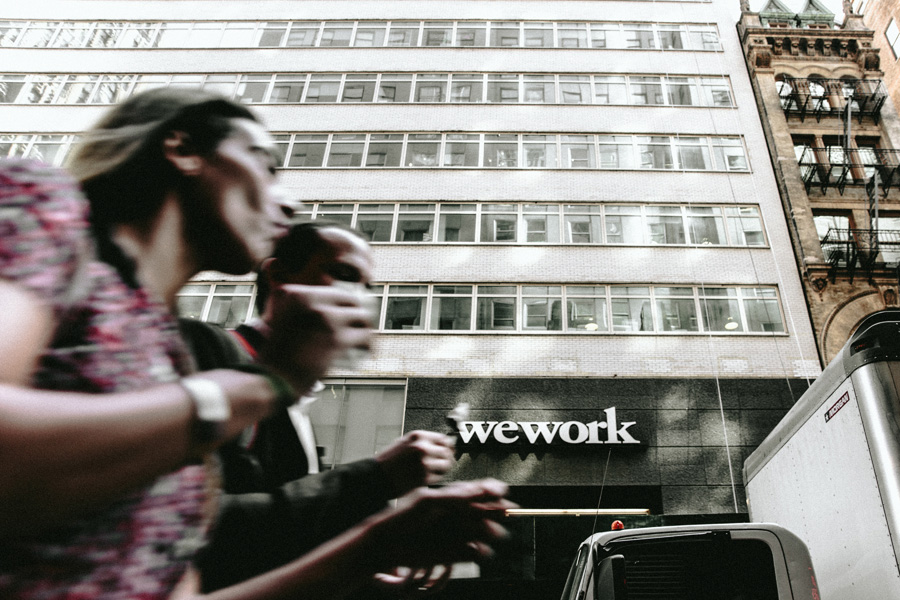 WeWork shelved its plans for an initial public offering Monday, a startling retreat for a company that expanded rapidly in recent years as it sought to transform commercial real estate in the world’s biggest cities.

The move is the clearest sign yet that investors are increasingly wary of ambitious young companies that have run up huge losses and might not become profitable for years.

WeWork’s parent, the We Co., aimed to sell enough shares to raise as much as $4 billion, and had lined up $6 billion in a bank loan that was contingent on the IPO. Without a large infusion of capital, the company is expected to slam the brakes on its breakneck expansion. Analysts estimate that at its recent growth rate, it could run out of cash by the middle of next year. The company had $2.5 billion in cash at the end of June.

Last week, Adam Neumann, We’s co-founder, resigned as chief executive after the company and its investment bankers struggled to persuade money managers on Wall Street to buy its shares. Investors were put off by the company’s losses and questions about its corporate governance.

WeWork in recent days has been renegotiating a new loan with banks led by JPMorgan Chase and Goldman Sachs to replace the loan it was expected to get after its public offering, according to people briefed on the matter. The banks are now offering less than the $6 billion previously on the table, one of these people said.

The lenders want WeWork to raise fresh capital before they issue new loans. The company is looking to sell certain operations. And it is hoping to sell stock to private investors, including SoftBank, its largest outside shareholder, these people said.

WeWork has expanded so fast that it is now the largest private tenant in Manhattan and a major player in London, San Francisco and other major cities. It leases office space from landlords, refurbishes it and then rents it to individuals, small firms and large corporations like Amazon and UBS. WeWork’s customers can leave after short periods, giving them greater flexibility than they might get with a traditional lease.

Neumann offered a vision of exponential growth and claimed that the company would transform how people worked. In its IPO filing the company said its mission was to “elevate the world’s consciousness.” Such prospects attracted investors that included JPMorgan Chase and Benchmark Capital. SoftBank made a big investment in January that valued WeWork at $47 billion. But in recent weeks the company and its investment bankers struggled to persuade money managers to buy shares, even at a valuation as low as $15 billion.

While WeWork’s product has proved popular, its expansion has been costly — it had an operating loss of $1.37 billion in the first half of this year — and it is not clear when it might turn a profit.

“We have decided to postpone our IPO to focus on our core business, the fundamentals of which remain strong,” Artie Minson and Sebastian Gunningham, co-chief executives of the We Co., said in a statement Monday.

They said that WeWork still had “every intention” to become a public company and that it would seek to list its shares on the stock market in the future.

Reflecting investors’ concerns about WeWork’s financial position, the price of the company’s bonds has plunged in recent days. The bonds were trading Monday at about 85 cents to the dollar, down from more than 102 cents a month ago. The yield on that debt, which moves inversely to its price, has jumped to more than 11%, from 7.3% a month earlier.

“Right now, the market is telling you the horrific risk being ascribed to this name,” said Vicki Bryan, chief executive of Bond Angle, a bond analysis firm.

Standard & Poor’s last week cut the company’s credit rating to B-, from B, citing “heightened uncertainty around the We Company’s ability to raise capital to support aggressive growth and the pressure this places on liquidity.”

The company said Monday that it would now expand at a slower pace. “While we will continue to sign new lease agreements with our landlord partners, we expect the pace to slow over the next several quarters as we focus on strategic expansion and profitability,” Matt Lawyue, a spokesman for WeWork, said in a statement.

A retrenchment by WeWork could roil the world’s largest commercial real estate markets. Companies offering flexible office space have accounted for a large share of newly signed leases in recent months. Landlords may now want to see evidence that WeWork is on a much firmer financial footing before signing leases with the company.

Jamie Hodari, chief executive of Industrious, which also offers shared office space, said landlords had asked whether his company would be in a position to take over leases they had signed with WeWork in case they needed another tenant. Landlords, he said, had also indicated that they wanted to reduce their reliance on WeWork by leasing to a wider array of flexible-space purveyors.

“I don’t think landlords think the sky is falling, but I think there are concerns,” Hodari said in a recent interview. “Many of them have a lot of exposure to WeWork, and they are scrambling to figure out what their response plans should be.”

But over the weekend, the William Kaufman Organization, a New York City real estate company, said it had completed a lease with WeWork to occupy more than 360,000 square feet at 437 Madison Ave., between East 49th and East 50th streets in Manhattan. WeWork, which will not move in until 2021, will occupy more than 12 floors of the 40-story building.

And this week, WeWork is moving into Dock 72, a new building at the Brooklyn Navy Yard.

“This is an industry that is not going away,” Gregory Kraut, a managing partner at the real estate investment group K Property Group, said of flexible-space operators. “Landlords should not worry about having WeWork in their buildings.”