Turnover up by 4% year-on-year; generics drug-maker hopes to resolve issues with USFDA in FY16 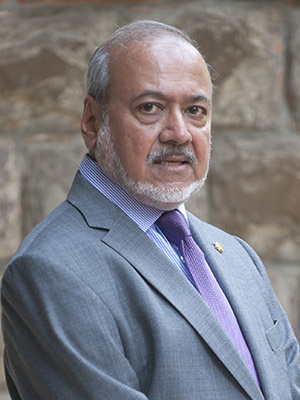 Image: Vikas Khot
The company’s chairman Habil Khorakiwala expressed confidence that all shortcomings in its manufacturing practices found by the US Food and Drugs Administration (USFDA) would be resolved in FY16

Generic drug-maker Wockhardt Ltd’s inability to sell most of its products in the US because of restrictions on their imports from India enforced by the American regulator hurt the firm’s earnings for the quarter and year ended March 31, 2015.

In the January-March quarter, Wockhardt reported a net profit of Rs 34 crore, less than half of what it did in the corresponding period of FY14. The company’s turnover in the same period rose four percent year-on-year to Rs 1,079 crore.

Wockhardt’s earnings before interest, tax, depreciation and amortisation (Ebitda) stood at Rs 136 crore in the March quarter, 11.5 percent higher than the year earlier. However, an outgo of Rs 40 crore on account of exchange rate fluctuation (compared to an income of Rs 12 crore in the year-ago period) led to a decline in the company’s profitability.

The company’s Ebitda margin improved to 12.6 percent in the January-March period from 11.8 percent a year earlier.

Wockhardt’s revenues from the US, which is the world’s largest market for generic drugs, stood at Rs 290 crore for the March quarter, down 21 percent, and Rs 1,087 crore for the full fiscal, down 49 percent. The company’s chairman Habil Khorakiwala expressed confidence that all shortcomings in its manufacturing practices found by the US Food and Drugs Administration (USFDA) would be resolved in FY16.

The contribution of the US business to Wockhardt’s overall turnover fell to a little less than a quarter at the end of March 31. Two years ago, the US used to account for as much as 56 percent of Wockhardt’s revenues.

International sales accounted for around 72 percent of Wockhardt’s turnover in FY15, Khorakiwala said.

The Khorakiwala-led company’s sales in other regions, however, continued to grow in the March quarter. Its India and emerging markets business grew by 26 percent (the Indian business alone grew by 46 percent), and the Europe business (excluding France) grew by 20 percent.

The 72-year-old chairman of Wockhardt admitted that till his company was able to resume selling its drugs in the US at the scale on which it was doing earlier, Wockhardt’s earnings would remain under pressure.

Khorakiwala stated that the USFDA had “recently concluded” an inspection of Wockhardt’s Waluj facility, which makes solid and injectible drugs and issued Form 483 (an initial observation report) with some “minor observations”.

Three of Wockhardt’s manufacturing facilities in India – L1 Chikalthana, and two units at Waluj (all located in Maharashtra) – have now been inspected by the USFDA. The US drug regulator issued import alerts on these facilities in 2013, which meant products from these facilities couldn’t enter the US market.

“We will follow up with the USFDA and hope to come to an early resolution of the issues,” Khorakiwala said on Friday.

Wockhardt spent Rs 431 crore in FY15 towards capital expenditure and research and development and expects to spend around Rs 300 crore on this overhead in FY16 as well, Khorakiwala said.

Tweets by @forbesindia
I hope to spend my birthday with you: Sahara chief
House interrupted: Rahul Yadav's spat is not new in the startup world