How to be a good boss in trying times 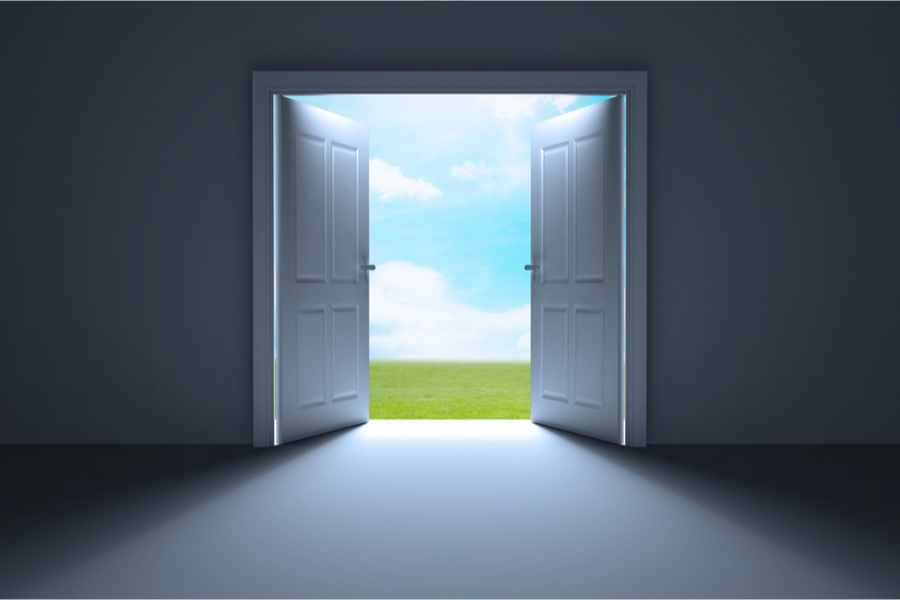 Good leadership can be challenge in the best of times. But amid an unprecedented pandemic and economic crisis, even the best bosses are struggling with how to navigate turbulent waters.

Robert I. Sutton and Hayagreeva “Huggy” Rao know all about good bosses. For their 2014 book, Scaling Up Excellence, the two Stanford Graduate School of Business organizational behavior professors spent seven years researching how exemplary leaders build on successful performance as organizations grow. They have also examined how dozens of organizations, including JetBlue, Netflix, Home Depot, and the Atlanta public schools, have dealt with difficult times, ranging from natural disasters to recessions to ethics scandals.

In a Stanford webinar that drew in part on their recent article in the McKinsey Quarterly, Sutton and Rao shared the hallmarks of great leadership during tough times. As layoffs and pay cuts proliferate, these are their tips for being a good boss during a crisis.

Don’t Pass the Buck
Leaders love to announce record earnings and awards, but most are loath to share bad news. You may be tempted to ask subordinates to deliver negative information, but as venture capitalist Michael Dearing has said, “There is a difference between what you do and how you do it.”

In late March, electric scooter company Bird left it to an anonymous executive in a two-minute Zoom call to inform 30% of the staff that they would lose their jobs. Workers had one hour’s notice to join the call, and those who missed it learned they were laid off when they couldn’t access email.

A counterexample comes from an April announcement from Henry Ward, CEO of the software firm Carta, to the 161 employees he was letting go: “If today is your last day, there is only one person to blame and it is me.”

Being a good boss in a crisis means not only making hard decisions — often quickly and with limited information — but also taking responsibility for them.

Show Compassion
From Gallup to Google, extensive research shows that a boss who expresses concern for employees’ lives leads to workers who perform better, are more committed to their roles, and are more satisfied.

Showing compassion doesn’t mean projecting insecurity or a lack of control. Instead, communicate to employees that you understand the situation is painful and the effect it has on them and their families. Don’t gloss over difficulties to project that “everything is just fine.” Give a realistic assessment of what’s happening, couched in empathy and understanding.

Airbnb CEO Brian Chesky demonstrated compassion, through his tone and actions, in a May 5 memo announcing the company was laying off 25% of its staff. “I have a deep feeling of love for all of you,” he wrote. “I am truly sorry. Please know this is not your fault.” Chesky also offered generous benefits for those leaving, including reorienting most of the company’s recruiters to help those laid off find new jobs.

Offer as Much Predictability as Possible
These days, you may not be able to promise much certainty to employees. But you can offer pockets of safety.

Psychologist Martin Seligman’s classic studies on learned helplessness show that when people feel powerless in the face of stressful events, they suffer physically and mentally. He concluded that the London Blitz was less emotionally disruptive than other German bombings during World War II because the country’s reliable warning system could alert residents to danger in advance.

More recently, researchers Erik Gonzalez-Mulé and Bethany S. Cockburn found that employees in highly stressful jobs where they felt little control were more likely to die or have health problems over a 7-year period than those who had more control at work.

As a leader, offer as much predictability and control as you can. Telling employees that their jobs are safe for the next month prevents them from waking up every day wondering if they’ll be laid off. If you’re still weighing your options, tell staff when you will update them. And if no layoffs are coming, don’t assume workers know that. In this climate of fear, make it clear.

Watch Your Tells
An executive vice president once told Sutton that, during the 2008 recession, his assistant asked when layoffs were coming. The executive was shocked — the company had decided on job cuts but not announced them. “It’s an interesting shoes day for you, so we knew something was off,” the assistant told him. It turned out the executive had a tell: When he was stressed or upset, he’d look at people’s shoes rather than make eye contact.

Stanford biology professor Robert Sapolsky has noted that the average member of a baboon troop looks at the alpha male every 20 to 30 seconds. Such asymmetrical attention is a hallmark of human groups, too. If you are in charge, don’t forget that your employees are watching your every move and word, especially during frightening times.

Create Community from Afar
Building successful teams is hard enough under normal conditions — managing through a computer screen can be even more challenging. Most organizations were not prepared for a sudden shift to remote work.

Tsedal Neeley, a professor at Harvard Business School, has spent years researching how companies can manage spread-out teams. She advises ensuring that everyone has the right technology, so no one is left behind. Next, managers should acknowledge that the world has changed and work with their teams to figure out new processes. She recommends meeting at least once a week and not neglecting fun virtual events, like group lunches or happy hours, to maintain connections. You should also strive to help all employees feel like they’re in the loop and have equal access to you, she says.

Build Psychological Safety
Especially in a crisis, subordinates need to be able to tell you the ugly truth — you can’t fix problems if you don’t know about them. In her book The Fearless Organization, Harvard Business School professor Amy Edmondson describes decades of research about the importance of psychological safety — “a climate in which people are comfortable expressing and being themselves” — to the performance of businesses and other organizations. Its absence is linked to everything from more medical errors to a greater chance of fatal plane crashes.

Yet research also shows that leaders’ knee-jerk reaction is to dislike those who criticize them or deliver negative information. Bosses must buffer against this instinct to avoid tunnel vision, because people want leaders who project confidence but who also invite contradictory views.

Brad Bird, the Oscar-winning director of The Incredibles and Ratatouille, consciously sought out “black sheep” at Pixar — those who wanted to do things differently but were being ignored. Thanks to their ideas, Bird’s team was able to make films that were more visually complex on a tighter budget.

Given the extent of the current crisis, if people around you are not providing bad news, that’s a signal that you’re operating in a culture of denial and fear. Creating a sense of safety to try new things is especially important as organizations try to adapt quickly to new realities.

Look for Opportunities
The pandemic has caused wrenching disruptions, but along with threats come opportunities. Crises can accelerate innovation by forcing us to question whether the previous status quo was optimal.

In a 1982 paper, management scholar Alan Meyer examined how a group of hospitals in the San Francisco Bay Area reacted to a doctors’ strike. He found that an abrupt change doesn’t have to put organizations in jeopardy. Hospitals that framed the strike as an opportunity to learn and improve did better than those that hunkered down or ignored the protest.

Some entrepreneurs are taking advantage of the current reality to push historically rigid industries forward at lightning speed. For example, on April 7, 2020, Stripe CEO Patrick Collision and LinkedIn cofounder Reid Hoffman were among those who launched Fast Grants, which approves grants for COVID-19 research within 48 hours. By May 9, they had reviewed over 4,000 proposals and awarded over $125 million to 127 research teams. In contrast, the typical grant-making process in academia often takes years.

The pandemic can be an opportunity for leaders to do things faster and better than ever seemed possible. If you’re only playing defense, the professors stress, you’re probably missing out.

Tweets by @forbesindia
Photo of the Day: Where there's a will...
Everyone got the proverbial front row seat: FDCI's Sunil Sethi