Why your best idea may be your second favorite

Research shows we can be more creative by selecting better initial ideas. 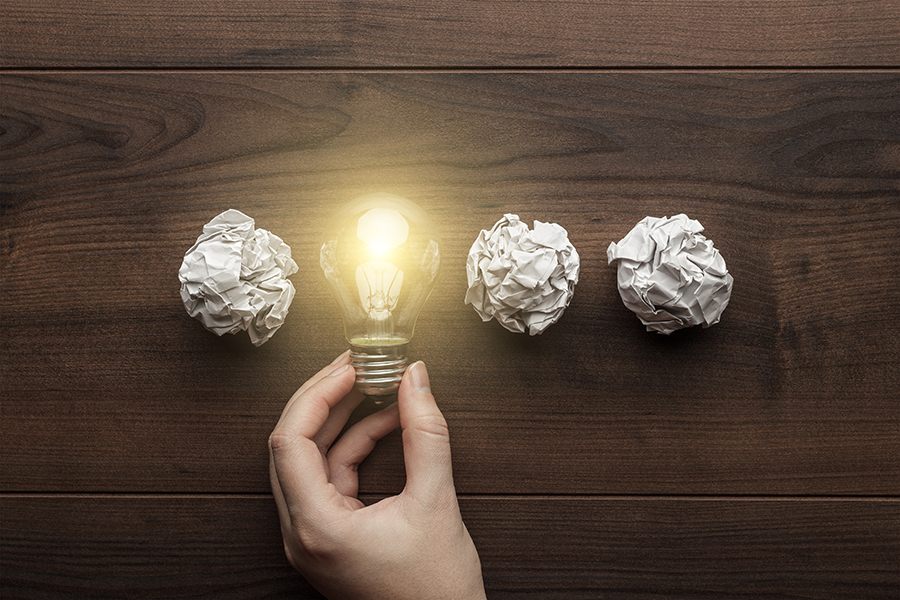 Michelangelo reportedly said the job of every sculptor is to discover the statue inside the stone, then work around it. Liberate the form.

But for those of us who lack such exacting creative vision, how do we know the right chisel from the wrong, the good idea from the bad? “Evaluating creativity is difficult,” says Justin M. Berg, an assistant professor at Stanford Graduate School of Business who studies creativity and innovation. “A lot of research suggests that people are not very good at it, that a number of biases and challenges get in the way.”

In a research paper that was recently published in Organizational Behavior and Human Decision Processes, Berg investigated a relatively understudied part of the creative process: the very early stage, when rough ideas are first generated. This, he noted, is when people are brainstorming in their own heads or sketching in secret; many of these ideas are never shared. But if you work in a job that involves creativity, these earliest choices about which initial idea ought to be pursued can greatly impact your creativity. Investing your time in the right idea can lead to a breakthrough.

So how good are people at knowing if an initial idea is worthy of time and energy? Not very good, it turns out, but also not terrible, which opens a path to improvement.

Your Gut Is Partially Right
Berg conducted five experiments in which participants tackled creative projects, like devising an innovative piece of fitness equipment or a mechanism to keep people from falling asleep in self-driving cars. He tested how well people were able to assess the potential creativity of their ideas. The general setup asked participants to come up with three initial solutions to the challenge and then rank them from most to least promising. Next, they spent time fleshing out and finalizing one of these three ideas. Berg then asked a separate sample of experts and consumers to rate the creativity of the participants’ ideas.

Berg found when participants spent only a little time developing their ideas, their predicted rankings remained correct. However, when they spent more time fleshing out their ideas, the idea they thought was their second best actually finished the highest in creativity. It was a tortoise-hare dynamic: Their second favorite idea was the tortoise, starting behind but finishing as most creative, while their favorite idea was the hare, starting as more creative but losing to the tortoise in the long run.

This pattern held with striking regularity. “People’s most promising initial ideas were consistently ranked second,” Berg says. “People are not terrible at identifying their best initial idea, and they are not terrible in a non-random way, which means they can get better at it.”

Attend to the Abstract
Independent raters were also asked to judge how abstract each idea was. Berg found that the ideas initially ranked second in terms of creativity were also more abstract than the ideas ranked first.

“People value concreteness too much and abstractness too little in their initial ideas,” Berg says. A concrete idea, he went on, is necessarily more developed, and so it will more readily present its creative virtues. Abstract ideas, meanwhile, can be difficult to see as promising. “The best initial ideas likely won’t seem very creative at the beginning—there may not be enough substance to see their potential originality and usefulness. Their abstractness is a barrier that prevents people from spotting their potential.”

Berg tested this theory by putting people in more abstract states of mind as they assessed their initial ideas. He had them ask “Why is this a good idea?” as opposed to “How is this a good idea?” and then provide answers. This approach was based on prior research showing that focusing on why (versus how) encourages abstract thinking. This simple shift to a more abstract mindset helped people identify their most promising idea at the outset.

If You’ve Got Time, Take Time
Berg says there are obvious limits to his study: Participants were asked to come up with three or four ideas. What about when somebody has five, or ten, or twenty? “When you have lots of initial ideas, your most promising idea might not be your second favorite,” he says. “Instead, it may be somewhere in the top half of your predicted rankings, below the idea ranked first but above the ideas you think are your worst.” The tendency to dismiss an idea for appearing too unclear or abstract, Berg says, must be suppressed in the earliest stages of idea development: “We’re probably all killing a lot of our best ideas early in the creative process without knowing it.”

He offered these simple takeaways when developing new ideas: First, if you’re under time pressure, it may make sense to opt for initial ideas that are more concrete, as those will reach their potential fastest. If you have plenty of time, though, spend it on the early ideation process, asking why ideas may be promising before selecting which to pursue.

And if time and resources permit, develop two rather than one idea to maturity: Choose a surer bet and a riskier bet, but develop the riskier bet first so you don’t get anchored by the sure bet.

Finally, if you gamble on a more abstract idea, don’t share it until it’s more concrete. “You may recognize an idea’s potential before others can see it,” Berg explains. “If you need to win support for an idea, sharing late may be better than sharing too early.”

Tweets by @forbes_india
Gold investment: The glitter stays, for now
A man with a marshmallow heart