For better ideas, bring the right people to the brainstorm

Better ideas emerge when extroverts and people open to new experiences put their heads together, according to research by Rembrand M. Koning. But what about introverts? 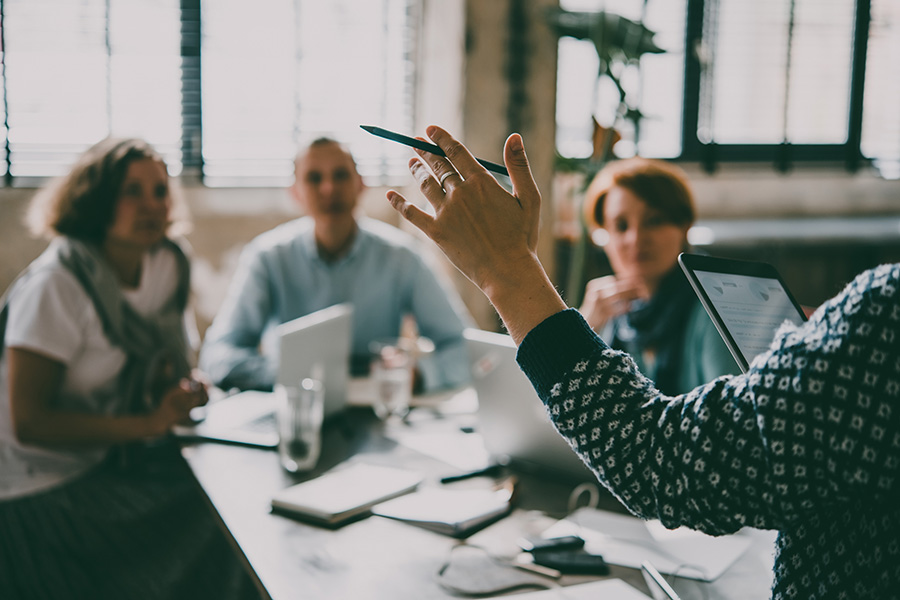 
As many entrepreneurs and business leaders can testify, a great conversation or brainstorm can turn an inkling of an idea into a gamechanger.

A research paper (pdf) goes inside those conversations and the people having them to learn the ingredients that separate a common exchange and an "ah-ha" moment that launches a powerful idea or brilliant product. Managers can use these insights to form teams that create better ideas.

“Much of innovation is premised on the idea that you should talk to other people to generate ideas,” says Rembrand M. Koning, an assistant professor of business administration in the Strategy Unit at Harvard Business School, “whether that means talking to customers about where the pain points are or talking to clients about new opportunities.”

Good entrepreneurs use these kinds of conversations all the time to generate hypotheses they can then test and turn into products and services. Despite the importance of a good chin wag to creativity, however, research by Koning and Sharique Hasan, of Duke University’s Fuqua School of Business, shows that not all conversations are created equal. Depending on whom you are talking to, conversations can be helpful, neutral, or even harmful to minting winning ideas.

Testing for personality
Koning and Hasan detail their findings in the paper Conversations and Idea Generation: Evidence from a Field Experiment, to be published in Research Policy this November. They conducted their experiment in India during a startup boot camp, asking participants to break into pairs and have a conversation about the Indian wedding industry. “Everyone in India has experience with the wedding industry,” Koning says. “It’s a giant market and growing fast.”

Before the conversations, each of the participants took a “Big Five” personality test, which rates them on five dimensions of personality. The researchers were particularly interested in two measures: The first, openness, measures how open a person is to new experiences. “Open people are less stuck in their ways and more open to trying different ideas,” Koning says. Studies have shown that entrepreneurs generally score higher on this measure.

The other measure tested, extroversion, relates to how outgoing and social a person is. “A classic extroverted person is always sharing stories and anecdotes,” says Koning. The researchers wanted to test how these measures related to one another, speculating that an open person paired in conversation with an extroverted person might generate better ideas.

As the pairs began talking, the ideas they generated were all over the creative map—including apps for donating food waste, sharing photos, sourcing wedding vendors, renting wedding dresses, and making creative wedding registries. Koning’s favorite out-of-the-box idea was an app to simplify divorce, which is notoriously complicated in India.

Afterward, each member went off by themselves and wrote down as many innovative ideas as they could think of, with the average person coming up with 4.5 new ideas. These ideas were then anonymously scored by other participants and Indian consumers on a variety of measures, including business value, purchase likelihood, and novelty.

Who comes up with better ideas?
When Koning and Hasan examined the ideas based on the personalities of those who generated them, they found that all else being equal, open and closed individuals generated about the same number and quality of ideas. However, true to their hypothesis, when an open person had a conversation with an extroverted person, they not only generated more ideas, but the ideas they came up with scored roughly 15 percent to 20 percent higher.

“What we think happens is an extroverted person is going to say a lot of relevant and irrelevant things, a lot of that is probably going to be useless, but some will be useful,” Koning says. “If the person is open, they will take in the good and the bad and potentially find ways to recombine them to generate a great idea.”

On the other hand, people who were closed didn’t benefit from talking with extroverted or introverted partners. “A closed person isn’t going to pick up on any of the better ideas, but they will not be dragged down by terrible ideas, either,” Koning says.

The most interesting pairing, however, was between open individuals and introverts. In that case, Koning and Hasan found participants actually generated ideas that were worse in quality, scoring 25 percent lower, on average. That makes sense, Koning says. Introverts are generally more thoughtful and analytical but less likely to share information with others. That lack of feedback can sow doubt in an open individual, perhaps dampening enthusiasm for an idea.

Conversely, says Koning, an introvert could also hold back vital feedback about a bad idea. “You can have crazy bad ideas, and, with a more introverted person, you don’t have someone to say, ‘that doesn’t make sense.’”


Lessons for practitioners
Managers can use these insights to better pair employees on teams to improve idea quality, according to Koning.

Consider team composition. Whether or not they actually administer a personality test, supervisors generally have an idea of where team members fall on scales of openness and extroversion and can strategically pair open and extroverted individuals during the idea-generation phase to generate better ideas.

Find customers willing to share. The same goes with stakeholder interviews outside the organization. A company designer may get better feedback talking to an extroverted customer than an introverted one, for example. “You want to talk to the angry customers who are willing to share,” Koning says. “It may be uncomfortable, but, potentially, there might be something useful there to take home.”

Don’t forget the introverts. This doesn’t mean that closed or introverted individuals can’t play a role in developing ideas. In fact, due to their thoughtful nature, introverts may be better at coming up with ideas on their own. Furthermore, when it comes to generating ideas through conversation, managers can help make those with social anxiety more comfortable by interviewing them on their own turf or using icebreakers before a conversation, turning an introvert into a temporary extrovert open to sharing ideas and producing a more fruitful exchange.

“If you are using conversations to generate ideas, you need to be a willing to listen to the other person and recombine things that they say,” Koning says. “On the flipside, you want to make sure that the other person is sharing their ideas and not filtering themselves. Otherwise, it’s not much of a conversation.”