Statement from VG Siddhartha's driver, who was the last to see him

In a report filed at the Kankanady police station, a copy of which is with Forbes India, driver Basavaraj Patil says that Siddhartha asked him not to get out of the car, and wait for him to come back 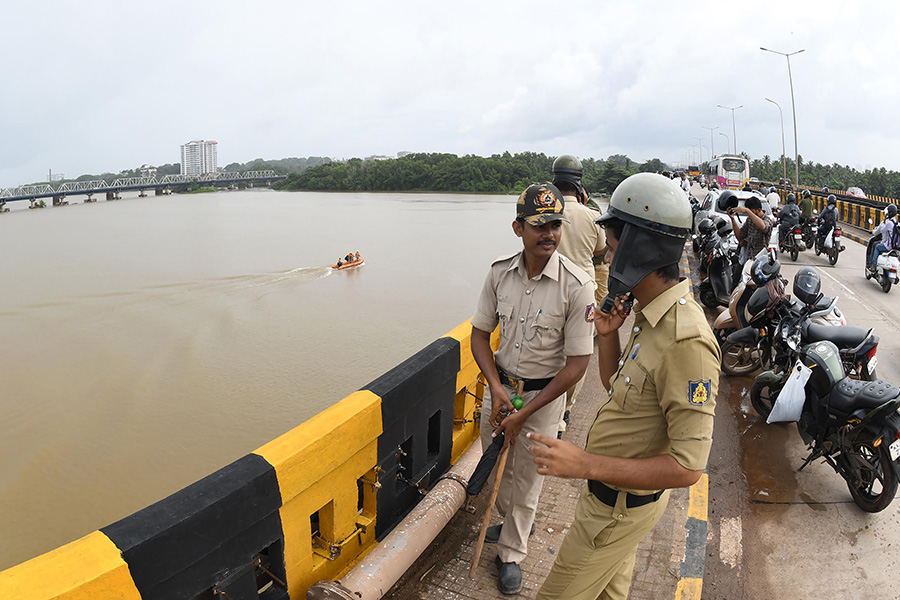 Image: STR/AFP/Getty Images
Basavaraj Patil, the driver of Cafe Coffee Day (CCD) founder VG Siddhartha, who was the last to see him before the latter’s disappearance, has said that the 58-year-old businessman asked him to wait in the car while he walked on the Ullal bridge across the Nethravathi river in Mangaluru on Monday night. Patil states that Siddhartha’s phone was switched off when he tried to call him around 8 pm, after his employer had not returned for over an hour.

In a police complaint filed in Kannada at the Kankanady police station—a copy of which is with Forbes India—at 12.30 am on Tuesday, Patil says that Siddhartha left from Bengaluru for Sakleshpur (in Karnataka’s Hassan district) around 12.30 pm on Monday, but asked him to drive to Mangaluru when the duo got there. On reaching the Pumpwell circle in Mangaluru (the complaint statement does not specify the exact time), Siddhartha asked Patil to take a left turn continuing on the Kerala highway for a few kilometres, stating that he wanted to visit the company site nearby. “Just before the bridge, he told me to stop the car and wait towards the other end of the bridge,” says Patil in the complaint, explaining that he saw “his owner” walk on the bridge towards the city.

The complaint does not specify the exact duration of time Patil waited for Siddhartha to return, but states that when the businessman did not return around 8 pm, the driver started making calls to his cell phone, which was switched off. After trying for about an hour, he reached out Siddhartha’s son Amartya Hegde around 9 pm. “He tried calling his father and alerted Pradeep Shetty from our company who is in Mangaluru, who arrived on the spot,” Patil states in the complaint, which also records that Siddhartha was dressed in a black T-shirt and jeans at the time of his disappearance.

Siddhartha, the founder of India’s largest coffee chain, is married to Malavika Krishna, the daughter of former Karnataka Chief Minister SM Krishna. He has reportedly addressed a note to the employees of his organisation dated July 27, in which he apologies for having “failed to create the right profitable business model”. Forbes India could not independently verify the authenticity of this letter.

The coast guard is currently conducting a search operation in the Nethravathi river and the Arabian sea in Mangaluru.

Tweets by @forbes_india
Would you want a computer to judge your risk of HIV?
Comic: Tiger, tiger, burning bright