'There are many culinary treasures hidden in old texts' 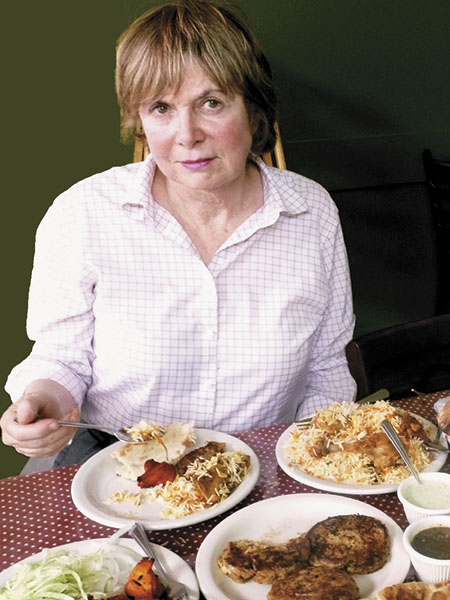 Colleen Taylor Sen’s Feasts and Fasts is peppered with diverse recipes
Image: Prathap Nair
In-depth and interesting, Chicago-based food historian Colleen Taylor Sen’s latest book Feasts and Fasts: A History of Food in India, recently released in India, is a comprehensive attempt to chronicle India’s diverse cuisines in the context of the country’s religious, moral, social and philosophical development. Its timeline stretches from prehistoric India, when millets were the grains of choice, to new trends in Indian food.

It also addresses topics such as the origins of vegetarianism, culinary borrowings and innovations and the use of spices. Sen, 72, sifted through texts that go as far back as the Vedic times for her research and besides the origins of Indian food, the book is also peppered with recipes—from the simple sattu recipe used in the times of the Rig Veda, to the more complicated saffron meat recipe from the Ni’matnama written for the Sultans of Mandu in the 1500s to the perhaps now non-utilitarian recipe for barbecued field rat from the cookbook of medieval times, Manasolassa.

In an interview with ForbesLife India, Sen, who has previously written five books on gastronomy and India’s culinary heritage including Food Culture in India (2004) and Curry: A Global History (2009), speaks about how she came to Indian food and what it takes to write about the country’s culinary history. Edited excerpts from the interview:

Q. What are your first memories of Indian food?
I met [my husband] Ashish Sen at the University of Toronto, where we were both students, and it was he who introduced me to Indian food. He is a great food lover and a good cook, so the first Indian food I tried was something he made, though unfortunately neither of us can remember what it was; probably some sort of curry.

Q. From Slavic literature to Indian food history, how did that shift happen?
I received my degree in Slavic Languages and Literature from Columbia University, but because Ashish was teaching in Chicago and there were no jobs in my field there, I embarked on another career at an energy research institute, which gave me the opportunity to travel. I liked to write and always submitted articles to newspapers and magazines on a freelance basis. My first articles on Indian food were for a magazine called Yoga International. In 1996, I began attending the Oxford Symposium on Food and Cookery (an international conference attended by scholars from different fields to exchange ideas on food). My first paper, ‘The Portuguese Influence on Bengali Cuisine’, is still often cited. Here I met editors and publishers and got my first and subsequent book assignments. My doctoral studies turned out to be useful since I know how to do research, write footnotes, etc. I’ve since written six books on Indian and world cuisine. My next project is a companion book on Indian food with well-known food writer Sourish Bhattacharyya. 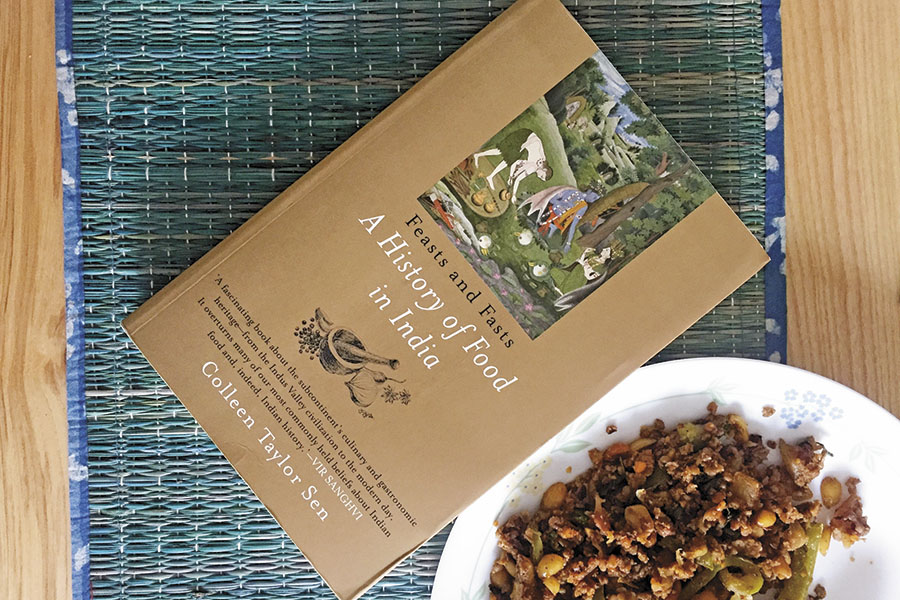 Q. How did your latest book Feasts and Fasts come about?
It all started when my publisher Reaktion  Books asked me to write a history of Indian food as part of a new series ‘Food and Nations’. Though I rather foolhardily agreed, I had second thoughts. During my research, I sifted through my notes of more than 30 years and discovered some old papers on the history of Indian food. One of my concerns was that I wouldn’t find enough material, since I didn’t read any Indian languages. However, this turned out to not be a problem since there was so much material in English. In any case, most Indians writing a history of Indian food would face a similar problem, since very few people can read all Indian languages. When it came to Sanskrit, some of the translations were inadequate since they were done by people who didn’t know how to cook, so I enlisted the help of some Sanskrit scholars to retranslate certain passages.

Q. What were some of the most fascinating things you unearthed while researching?
While researching the book I became fascinated by Indian history, especially the history of South India—dynasties such as the Cholas and the Cheras and the kingdom of Vijayanagar much less known in the West than, say, the Moguls. But the most fascinating aspect of South Asian history is the Indus Valley Civilisation with its splendid ruins and its still undeciphered script. I think there are many culinary treasures hidden in those texts and I could not include everything in the book.

Q. Indian cuisine outside India is mostly about greasy gravies and flatbreads, mainly North Indian. Do you think there is a change in perspective happening on the global food scene?
While the restaurant business in India is very dynamic—with a growing number of both high-end restaurants and ones serving regional and sub-regional cuisines—things are changing much more slowly in North America. Most restaurants still serve the basic Punjabi-based cuisine. The three most favourite dishes are tandoori chicken, chicken tikka masala and saag paneer. There are a few upscale restaurants in New York City and London and some that serve ethnic cuisine, but nothing to the extent as you find in India.

Why is this? It’s difficult to say. According to Krishnendu Ray in The Ethnic Restaurateur, the ‘prestige’ of an ethnic cuisine in the US is related to the status of the community. For example, when most Italian immigrants were poor people, Italian restaurants were cheap places that served spaghetti and red sauces. With the upward mobility of Italian-Americans came an appreciation of their cuisine and Italian restaurants became upscale. However, Indian immigrants have traditionally been well-educated and affluent, yet Indian restaurants are more downmarket than some other cuisines. For example, in New York City only 14 percent of Indian restaurants are considered expensive and none are very expensive, compared with 47 percent and 12 percent for French restaurants. One reason may be the level of investment required. According to Ray, it costs $1 million to open a French restaurant in New York. Another reason might be cultural. India’s restaurant tradition is relatively recent.

Q. Do you think regional Indian cuisine stands a chance in the global market?
Yes, it does. There is change happening and the regional cuisine is gaining gradual appreciation. In New York, chef Hemant Mathur has opened restaurants featuring regional cuisines: Haldi (Kolkata), Sahib (Punjabi) and Kokum (South Indian non-veg).

Q. Restaurants like Indian Accent are bringing about fresh perspectives with fusion Indian cuisine. What’s your take on it?
I think Indian cuisine is moving in two directions: Towards part of a world cuisine that reflects universal trends like the emphasis on local farm fresh ingredients and towards the incorporation of ingredients and techniques from other cultures.

The reason there are more Michelin stars in London than New York is that Americans have less historical, cultural and culinary ties with the subcontinent than the British.

Q. Do you cook Indian food at home?
At home, we cook and eat everything, French, Chinese, Indian and American. One item we enjoy at least once a week for breakfast is an Indian omelette with tomatoes, onions and chillies.

Tweets by @forbes_india
Bring in the new year quietly, or with a bang
A new note: Sunidhi Chauhan remains on top of her game