Michael Sandel: It Is Time for Citizens to Be More Involved In Public Debate 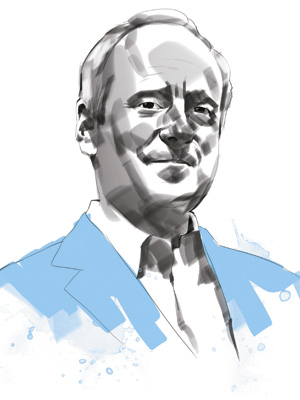 Michael Sandel
The Man: As the Anne T and Robert M Bass Professor of Government, Harvard University, Sandel set a new benchmark for the idea of a super star professor. His course on Justice in Harvard takes place, not in a regular classroom, but in an auditorium packed with hundreds of students. His 2007 Justice course was filmed by PBS, and is one of the most watched on iTunes. His influence is spreading globally—in China, Japan and Korea. He says that nations need to rethink their basic values.

The Oeuvre: In Justice: What’s the Right Thing To Do? he argued against taking a utilitarian approach to societal problems. In his latest book, What Money Can’t Buy, he warns us against becoming a ‘market society’ from being a ‘market economy.’

X-Factor: He uses real life examples to explore the big ethical questions, and he doesn’t lecture, he engages the audience.

The Message: Engage in public life; articulate your moral convictions and be ready to listen
to people with whom you disagree.

The Hypothesis
It is very narrow to think of shareholders as a company’s only responsibility. The notion puts enormous economic pressure on companies to survive and succeed.

So What?
If a person does not make his mortgage payments the banks put it up for sale. We are tough with individuals. But when it is systemic it seems a different set of rules apply. This is because the players and institutions most adept at avoiding consequences are also the ones that are the most powerful.  What is needed is a new kind of public debate where we engage more directly with the meaning of justice, values, of what constitutes common good and the responsibilities we have towards each other as citizens.

Morality and ethics apply to individuals but also to collectives—companies, governments and political community. But there is another level beyond this and that is about the values and norms that the company is committed to in the way it treats its employees, customers and shareholders. These norms may not be written down and may not be easy to capture. They may be better illustrated through examples or demonstration. Some companies are more successful than others in creating an ethos, a corporate culture, of ethical conduct and behaviour.

Companies often talk about stakeholders. Before that comes the concept of corporate citizenship. A citizen has civic responsibilities to the community within which it exists and which makes its operation possible. So in that sense, corporations are citizens of a community, often very consequential ones. I think it is very narrow to think of shareholders as the only responsibility. Some economists—Milton Friedman—advanced that idea. I think that is too narrow. It is certainly at odds with the notion of corporate citizenship. I think most companies see themselves as members of a community to whom they have obligations.

Many companies may believe that if they follow all the laws then they have done their bit. The question to be asked is whether the legal requirements exhaust all the civic responsibilities. If we try and come up with a law for every situation then we would have far too many laws and too little responsible behaviour. That’s why I believe that norms—and not just laws—are needed for good corporate citizenship. There are reasons why this is so important to understand. 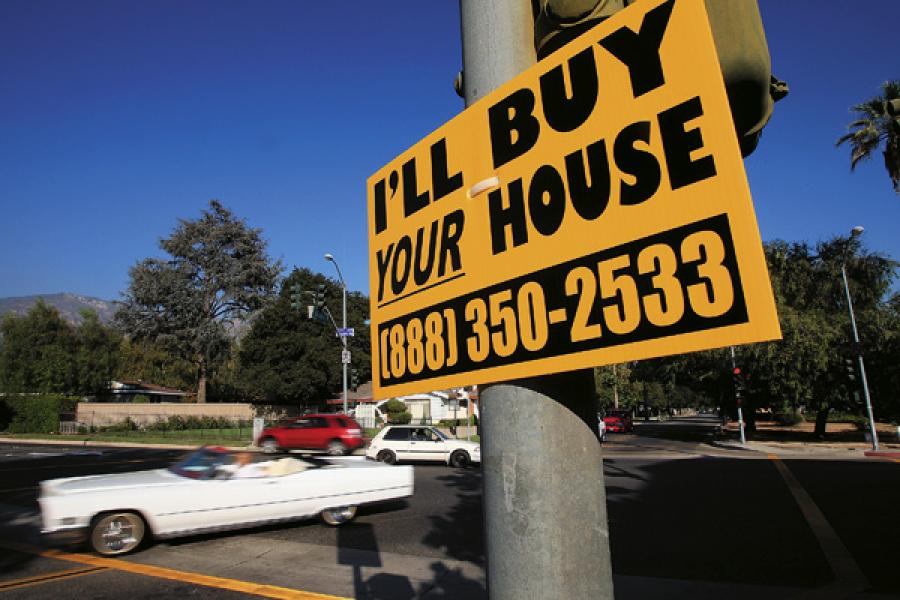 Image: David McNew / Getty Images
Very often—and in our recent memory, it has happened across the world—governments are called to bail out private corporations that are in financial trouble. It is not a legal requirement that governments have to do this. But the logic is that if nothing is done it would harm a lot of people. Now the bail-outs may have been necessary, but were carried out in a way that was deeply unfair. Tax payers subsidised the bailouts of companies that enjoyed tremendous profits from the risks they took. When the times were good the profits were privatised and when they were bad the losses were socialised or shared. There is still a lingering sense of moral outrage over this issue.

It may seem that the world of business and economic policy are far removed from philosophical ideas of justice but they are not. In the US, we have had the Tea Party—a movement from the Right—and we have had the Occupy Wall Street—movement from the Left—and both these movements have been a response to this perceived injustice done by the government to the tax payers. That has shaped our politics in the aftermath of the financial crisis. The sense of justice and fair play run very deep in our minds. Right from the time we are children. In the US banks and financial institutions were not required to make loans, their management was left intact and they were allowed to lobby against any move to regulate them!

If a person does not make his mortgage payments the banks put it up for sale. We are tough with individuals but when it is systemic it seems a different set of rules apply. Ordinary citizens don’t understand why that should be which brings us back to justice and injustices. So why do systems and organisations get away more leniently? I would say realities of power. The players and institutions that are most adept at avoiding consequences are also the ones that are the most powerful. Not so for people who miss mortgage payments!

Over the last 30 years, more so in the last twenty actually when Margaret Thatcher and Ronald Reagan came on the scene, we have seen the rise of market triumphalism. This view says that governments are the problem and that markets are the best way to achieve public good. When Bill Clinton came to power in the US and Tony Blair came to power in the UK it looked like this view would change. Clinton and Blair were from Centre and Centre-Left. But they did not challenge this assumption about the markets. They moderated but consolidated. But now with the financial crisis the era of market triumphalism is over.

I think we need to have a public debate on where markets belong and where they don’t by crowding out non-market norms. And I don’t want to suggest a new system, an alternative framework. I think what is needed is a new kind of public debate where we engage more directly with the meaning of justice, values, of what constitutes common good and the responsibilities we have towards each other as citizens.

This is not easy. You cannot convert it into a checklist. It involves thinking together in public about big ethical questions. And this means rethinking politics. Not just governments, mind you, because governments are what you get at the end of politics. Thinking together is a more morally engaged and a morally robust democratic process. We may not agree always because the topics we will debate will be highly contested. These issues could be the role of markets: Surrogacy, that is paid pregnancy; outsourcing war, organ sales, access to health care—things like that. These are contentious questions. They involve competing values and competing notions of justice. If we debate these publicly, then more would be at stake in public discourse and people will be more engaged in the political process. It is not impossible to do this. We have seen such moments in politics. In the American experience the Civil Rights movement was one such movement. There were competing values, there were protests, there were marches, there were inspiring leaders such as Martin Luther King and there was participation from the civil society. And to an extent we had that debate in the aftermath of the Vietnam War. India had such a moment during its Independence. It is tough and hard to maintain.

Market triumphalism has crowded out and dampened civic energy and idealism. And what I am trying to do is to get more civic engagement in public life. I admit that this is demanding on the citizens. They have to inform themselves. They have to engage in public life and they have to articulate the moral convictions of their views. They have to cultivate a habit of listening to people with whom they disagree. And that is something that takes practice and learning.

(As told to Shishir Prasad)