Return of the Renegades

Indus Creed is to take the stage again 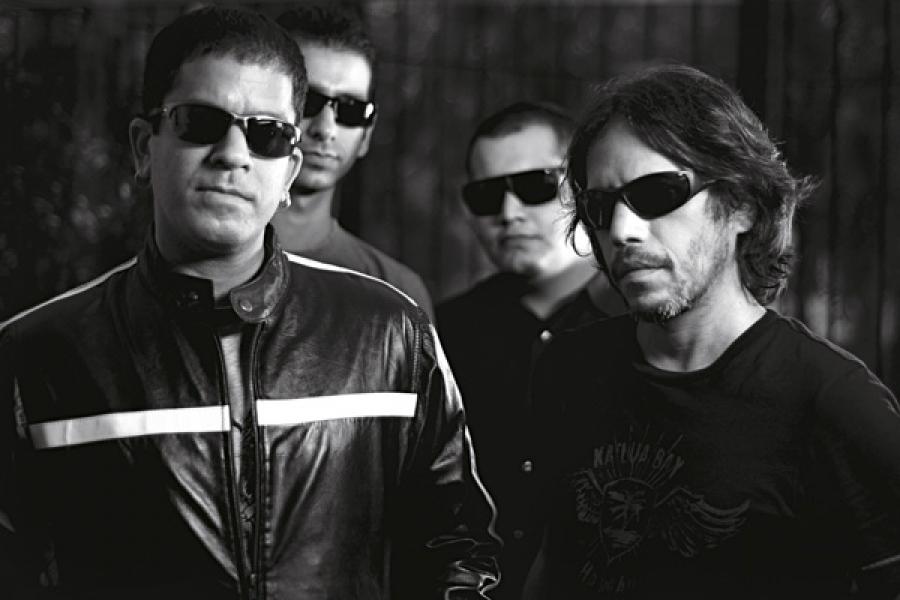 Long, long ago, Indian musicians used to release albums that were — believe it or not — original music that wasn’t film soundtracks.

Rock Machine was one of those bands (though they built their initial reputation playing covers). They made Rock and Roll Renegade (1989), India’s first all-original rock album. In the 90s, they changed their name to Indus Creed, changed their sound too — softer, with more Indian influences — released an eponymous album, made some cool videos, and raised the hopes of India’s rockers.

Then, of course, MTV and Channel [V] became Bollypop vehicles, and all was lost to Tinseltown’s gaping maw. The band members went their separate ways: Uday Benegal and Jayesh Gandhi moved to New York and formed Alms for Shanti, an Indo-rock & funk band; Mahesh Tinaikar and Zubin Balaporia took to the recording studios, making music for the ad world; Mark Selwyn quit music and became a property developer; and Adrian Fernandes moved to the Middle East.

But now, Indus Creed is back. Well, mostly. The New Indus Creed will feature Benegal (vocals, guitar) and Tinaikar (guitar, vocals), with new members Rushad Mistry (bass, vocals) and Jai Row Kavi (drums, vocals). Balaporia will play a role, but not as a regular in the live line-up (he will be involved in the studio, though). Benegal tells us, “We can’t (and don’t want to) avoid some of the older tunes, the really popular ones. But the focus will be on writing new songs and working the new sound. The test will be in seeing if we’re able to bring some of the older material into a contemporary context to fit the new set. But we’re about moving forward with an occasional glance behind.”
They play their first gig at Hard Rock Café, Mumbai, on October 7.

Tweets by @forbes_india
The Bellary Minefield
Should PPPs Be Private?