Theatrical Release of 'The World Before Her' 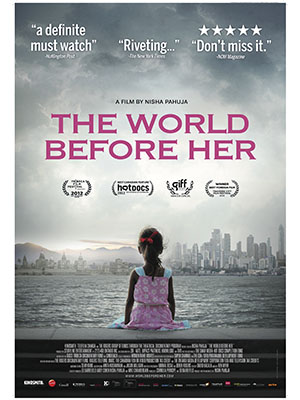 Nisha Pahuja’s feature-length documentary was four years in the making. She got a remarkable degree of access to two very different worlds: Boot camp for Miss India participants; and the Durga Vahini, the women’s wing of the Vishwa Hindu Parishad. Her film follows two seemingly different young women doing their utmost to achieve different goals in very different worlds. It does so with an eye and an ear that make no judgements, that take no sides, that lets you look deep inside their lives and question your own assumptions—on youth, gender, choices, religion, consumerism, beauty and much else—more than you would their choices. Released on the festival circuit in 2012, the film has picked up awards and prizes around the world. Shown thus far in India only in a few private screenings, it will finally get a theatrical release on June 6.


Details: The World Before Her
Directed and written by Nisha Pahuja
worldbeforeher.com

Tweets by @forbesindia
MangoSip Is Aiming For a Pan-India Presence
Davos vs Institute Milken Global Conference: Which is Better?