With a blend of luxury and affordable housing, Abhishek Lodha is de-risking the family business of real estate 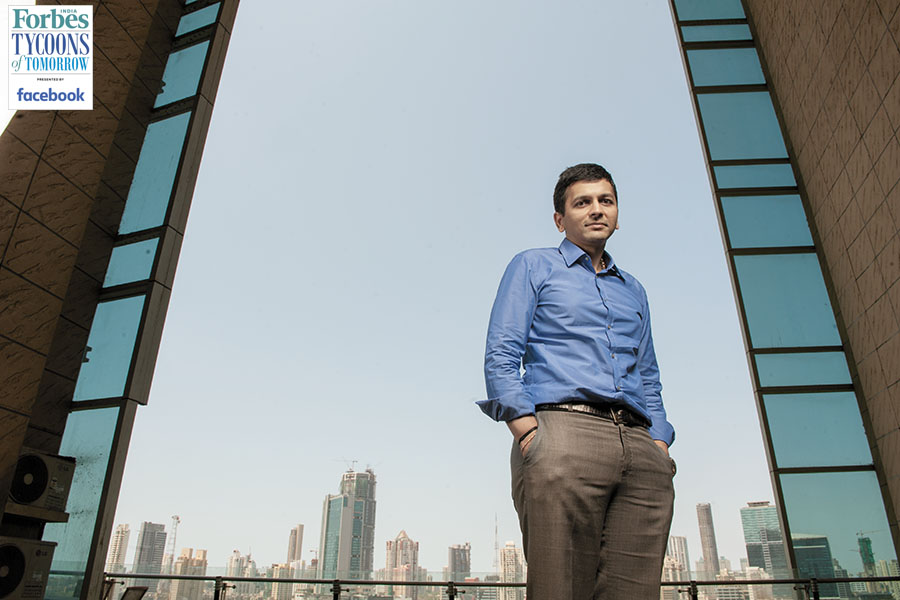 Abhishek Lodha is focussed on making Lodha Group a more transparent organisation
Image: Vikas Khot
Abhishek Lodha took his first steps towards the big league way back in 2005, when he was just 25. Two years after joining the family business of real estate, he decided to buy a 7.5-acre plot at Chinchpokli in central Mumbai, on which a defunct Apollo Mills stood and which other builders had ignored.

He chose this at a time when auctioning of mill land and determining its valuations were still new for builders. On this site was built the premium Lodha Bellissimo tower, which was completed in 2012.

“He is fearless, ambitious and revolutionary in his foresight, one who has not only changed the skyline of the Mumbai Metropolitan Region (MMR) but also the fortunes of the Lodha Group,” says Anuj Puri, chairman of Anarock Property Consultants.

The Lodha Group—founded by Lodha’s father Mangal Prabhat Lodha, who is also a Bharatiya Janata Party MLA from South Mumbai—is now the largest real estate developer in India by residential sales, with sales of 7 million square feet in fiscal year 2017, valued at  Rs 6,966 crore. As of December 31, 2017, the Lodha group had 37 ongoing projects, of which 35 were in India and the remaining two in London. These projects accounted for a developable area of 33.80 million square feet, of which 31.95 million square feet represented projects located in the MMR.

But even while the Lodhas became a name to reckon with in Mumbai city, it hasn’t been smooth sailing all the way. A mix of factors such as slowing economic growth, abnormally high property rates and weak demand for luxury homes, stricter regulation and demonetisation resulted in the pace of growth slowing for the luxury segment. The group has, thus over the past 5-7 years, decided to shift focus—with Abhishek Lodha at the vanguard—to the fast-growing affordable housing segment (they are now focussed on Mumbai’s suburbs of Thane and Dombivli through the ‘Casa by Lodha’ brand) and not just premium property. Affordable housing now constitutes just under half of total property sales.

“We are focussed on becoming a more transparent and better governed organisation,” Abhishek Lodha tells Forbes India. The group, through Lodha Developers, is getting ready for an initial public offering (IPO)—its second attempt since 2009-10—hoping to raise capital of around Rs 3,500 to Rs 4,000 crore. The aim is to repay around Rs 4,500 crore of debt, out of a total outstanding debt of Rs 17,970 crore.

There’s no specific timeline set for the IPO, which is expected to result in a debt to equity ratio of about 1:6. Even as Lodha is focussed on expanding a clutch of affordable housing projects at Palava City in Dombivli, there are some reforms he hopes could be introduced soon.

Despite the ruling government’s recent initiative of ‘Housing for all’ by 2022, India continues to face a major shortage of quality affordable, mid-income housing. Most developers would agree that with the Real Estate (Regulation and Development) Act, 2016 and the implementation of the Goods & Services Tax, the marketplace will consolidate further, which would enable buyers to purchase and invest in real estate projects from reputed developers.

Lodha now wants the government to consider increasing the CLSS (credit linked subsidy scheme) for home buyers below 30 years to Rs 5 lakh from the current Rs 2.5 lakh. “This would provide a further impetus to home buying by the younger generation.”