Angels in the wings: Inside India's oldest early-stage investing collective 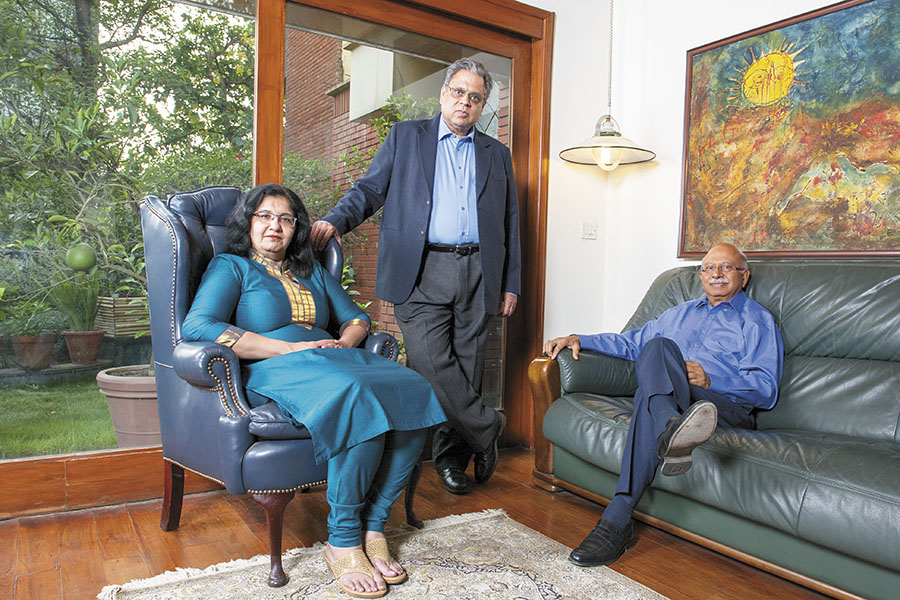 When fast-food chain Wow! Momo raised Rs 44 crore from venture capital (VC) firm Lighthouse Funds this June, several members of the Indian Angel Network (IAN) struck a bounty. The series B investment valued the Kolkata-based company at Rs 230 crore, a jump up from the Rs 100 crore valuation IAN had accorded it when its members first invested in it in 2015.
In less than 18 months, IAN members who chose to partially or completely exit Wow! Momo pocketed an internal rate of return (IRR) of close to 50 percent. “Over the last couple of years, exits have been a pain point in the ecosystem. But we have been giving healthy year-on-year exits to our investor-members,” says Padmaja Ruparel, who co-founded the Delhi-headquartered angel-investing collective in late 2007 and has been serving as its president ever since. Other co-founders include Saurabh Srivastava, who was also instrumental in co-founding Nasscom, the IT industry body, and Raman Roy, who is the current chairman of Nasscom and is the founder of BPO services company Quattro.

In 2007, IAN was India’s first such grouping of angel investors—wealthy individuals who provide a startup with capital in exchange for ownership equity or convertible debt. “At a time when no one understood how angel investing works, let alone in a club format, the IAN created a well-structured platform to do so,” says Sasha Mirchandani, founder of Kae Capital, a Mumbai-based early-stage VC firm.

Today, IAN continues to trailblaze. It not only boasts of being the oldest angel network in the country, but also its largest. In fact, with more than 450 investor-members spread across 10 countries and a portfolio of 104 companies across 17 sectors, it claims to be the largest angel investing platform in the world. With a cumulative IRR of 26 percent over the period between FY09 to FY17, it is one of the most successful too.

In April, it marked the first close of its maiden fund, also the first such fund for an angel network in the country, at Rs 175 crore, raised entirely from domestic limited partners (LPs): It has a total corpus of more than Rs 350 crore, and a greenshoe option of Rs 100 crore, which allows the fund to sell more shares to investors than originally planned if the demand proves higher than expected.

Mirchandani, who also co-founded the Mumbai Angel Network, shortly after the IAN was launched, says “Angel groups don’t generally have funds because the angels themselves come together and pool in capital.” But Ruparel and her team’s rationale was clear: Angel or seed funded startups have been struggling to raise pre-series A and series A investments. This has especially been the case over the last year and a half, as the ecosystem reels from the after-effects of sky-high valuations of startups that didn’t show a path to profits. The fund will help bridge that gap so that worthy companies are not starved of cash.

Investments by the fund will fall into three buckets, explains Srivastava. The first is the IAN angel portfolio. The network receives a steady pipeline of deals—almost 8,000 a year—that are whittled down to less than 1 percent through a “robust filtering process”. Those startups are invited to pitch to IAN members, who then take a call on whether to invest, usually making a seed investment between Rs 25 lakh and Rs 6.5 crore. “Over the last nine years, we have given excellent returns [IRR of 26 percent] given the high-risk investments we are doing. Building on this stellar record, the fund will take around 20 percent in every deal that the angels invest in,” says Srivastava. This means that if the angels collectively invest Rs 3 crore in a startup, the fund will invest about Rs 60 lakh, while the remainder will be divided equally among the angels. 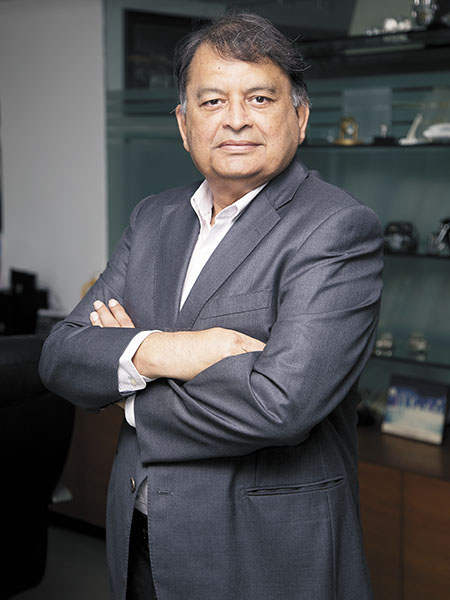 Harish Mehta, co-founder Nasscom, chairman of Onward Technologies and angel investor
Image: Joshua Navalkar
Second, the fund will take the network’s seed or early stage investments one step further. As part of its next bucket, the fund will invest in successful IAN portfolio companies that want to raise between Rs 6.5 crore and Rs 25 crore.

“The fund goes and invests the second round in those 20 to 30 percent of the IAN angel portfolio companies that are doing well,” says Srivastava. While IAN usually invests Rs 3 crore on an average in the first round, in the second round, companies usually need Rs 20-30 crore, he says. The fund will co-invest with other VCs in these second rounds.

“In this manner, we are extending the runway for all our portfolio companies to grow,” says Srivastava. In addition to ensuring that worthy companies get cash when they need it, this will also help IAN remain invested in the companies it has nurtured since early stages, thereby not losing out on their potential upside.

The third bucket will see the fund invest in non-IAN portfolio companies. “We will not have a bias between IAN and non-IAN portfolio companies,” says Ruparel, adding that the percentage of the corpus that is deployed towards each bucket is not “pre-ordained”. While the first bucket will see a larger number of deals, the amount deployed will be smaller (20 percent of about Rs 6.5 crore at the most). Investments in the second and third buckets will be of larger amounts, and will be driven by a “best of the rest” approach. Just like the IAN network, the fund, too, will be sector agnostic.

Together, IAN’s angel network, its fund, as well as the co-investors, plan to pump in around Rs 1,500 crore in 160-odd companies over the next four years, says Srivastava. “IAN creating a fund is good for the environment because of all this money coming into the ecosystem to support good ideas,” says Kris Gopalakrishnan, the Infosys co-founder who is part of the IAN fund’s investment advisory committee.

The IAN fund plays a critical role, not just in plugging the gap in funding, but also in providing mentorship

This money that Gopalakrishnan talks about—the Rs 175 crore that IAN has thus far raised for the fund—has come entirely from domestic investors. Institutions such as the Small Industries Development Bank of India (Sidbi), IIFL and Yes Bank contributed, as did family offices and industry heavyweights like Google India’s Rajan Anandan, Hero Group’s Sunil Munjal and  Gopalakrishnan. “It is said in the ecosystem that raising money from domestic LPs is non-existent. But we bucked that trend,” says Ruparel.

What has led domestic LPs to invest in the fund is the “pedigree of the network”, as Prashasta Seth, CEO, IIFL Asset Management, puts it. “The kind of companies that have emerged from the platform speaks well of their ability to select companies.”

This “pedigree” is indeed well established. Take the case of Sapience Analytics. Its workforce management software helps companies measure employee productivity by tracking workflow. Co-founder Shirish Deodhar and team initially only intended to build and open-source the product. “At that time [around 2012], there were very few enterprise product companies emerging out of India, so we were hesitant to go all out,” says Deodhar.

But IAN managing committee member Harish Mehta—also chairman of Onward Technologies and founder-member of Nasscom—convinced the Sapience team that the product was worthy. He pushed them to make a formal presentation to IAN’s members, who were taken in by the solidity of the idea, the experience of the co-founders and the potential size of the market. Together, they made a Rs 1.5 crore investment in the startup with Mehta and Rehan Yar Khan, another IAN member, doubling as lead investors.

“That push from IAN was the trigger for the start of our journey,” smiles Deodhar, whose clients now include a roster of some of the biggest companies in the world. He credits Mehta’s “mature advice” and “industry contacts” as key in helping Sapience win customers and scale up. The company has since gone on to receive two additional rounds of funding.

“One of the biggest challenges in the ecosystem is a lack of mentors,” rues Mehta. “Up to a certain stage [Rs 10-15 crore], companies can grow beautifully. But after that they struggle. They can’t go from Rs 15 crore to Rs 100 crore in, say, three years.” That’s where he believes the IAN fund plays a critical role—not just in plugging the gap in funding, but also in mentorship. “We need mentors who have been in that business to scale such companies. Here, the fund will leverage the strengths of the network,” he says, referring to the IAN’s members, which include some of India’s most successful entrepreneurs and CEOs. Domain expertise and experience in any industry vertical is easy to find in this pool. “A typical VC does not have this advantage,” says Gopalakrishnan.

IAN is now looking to raise the remaining half of the fund’s Rs 350 crore corpus from overseas investors. Its journey, which began almost a decade ago, is clearly reaching fruition. While previously entrepreneurs would rely on family and friends to raise capital, today angel investing has grown in popularity and has become a key component of an HNI’s investment portfolio. The “new need”, as Ruparel puts it, is for investments in the range of Rs 6.5-25 crore, which the IAN fund is targeting. The need for “non-financial” help such as mentorship, industry contacts and leveraging experience remains. “The IAN is poised to provide all of that,” she says.

“When we started out, we copied the business models of global angel clubs. But with IAN taking the lead with this fund, if it succeeds, you will see a bunch of people following suit,” says Mirchandani.