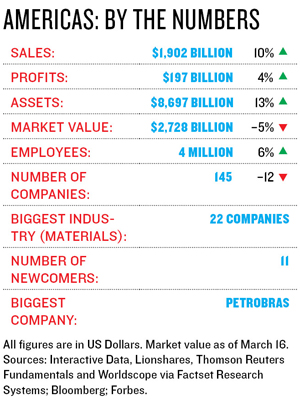 There are 12 fewer firms from the Americas on The Global 2000 list this year as the region struggled with weak profit growth (4 percent) and a drop in market value (–5 percent). Overall sales by 145 companies in the Americas, which had the second-best performance behind Asia-Pacific, were up 10 percent, to $1.9 trillion. Canada and Brazil make up three-fourths of the region and are home to the biggest firms from this region, but slumping stock markets in each country resulted in a combined loss of five firms. Brazil did add the biggest newcomer this year, Itaú Unibanco, the largest Brazilian bank on our list, thanks to a change in accounting rules. The biggest company from this region outside of Brazil and Canada is América Móvil of Mexico, controlled by Carlos Slim. 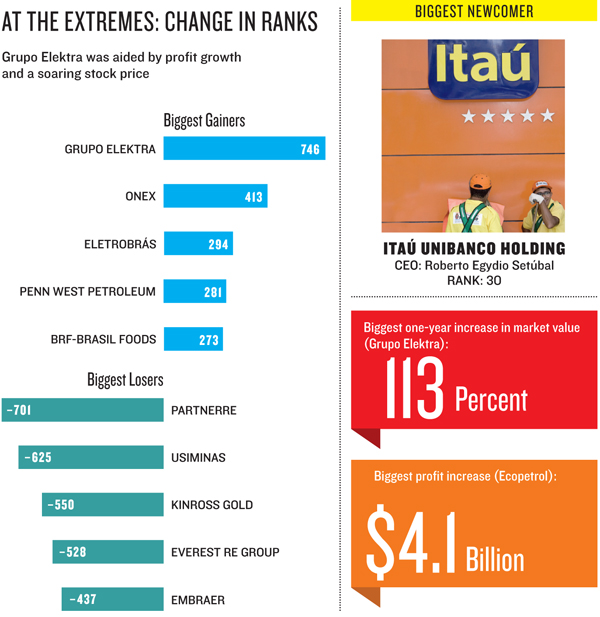 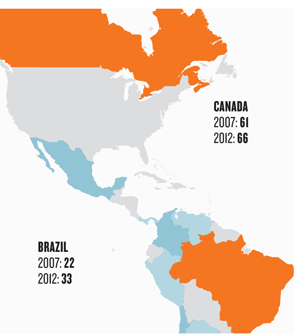 After two consecutive years of expanding their presence on our list, Brazilian and Canadian firms took a haircut this year, losing a combined five members. While posting gains in overall sales, profits and assets, these companies took a hit in market value. Canada is down 10 percent and Brazil 5 percent from a year ago. The combined 99 companies on the list employ 2.9 million people.