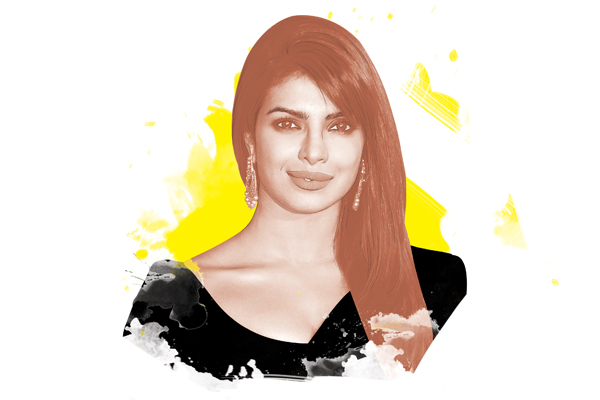 At 34, it might seem that Priyanka Chopra has little left to achieve. After winning the Miss World pageant in 2000, she began a successful career in Bollywood, winning awards for her negative role in Aitraaz (2005). This was followed by the National Award for Best Actress for Fashion (2008), and the Padma Shri in 2016.

But the last couple of years have been particularly defining for Chopra, having created a significant place for herself in Hollywood, and not just as the token exotic South Asian woman. She is mainstream Hollywood now, through her TV series Quantico and her turn as villain in the soon-to-be-released Baywatch. In 2012-13, she also released two singles by collaborating with will.i.am (‘In my city’) and Pitbull (‘Exotic’). She has also has won the People’s Choice Awards for Quantico in 2016 and 2017, and presented awards at the Emmys and Oscars in 2016.

Her celebrity, though, has not overtaken her craft. “Priyanka has always been a go-getter. She has been an inspiration to the youth,” says Omung Kumar, who directed Chopra in Mary Kom in 2014. “She was amazing, right from bulking up to training and learning a new sport like boxing.”

On her Twitter profile, she describes herself as a ‘dreamer and achiever’. So far, she’s living up to both the labels.

“ Priyanka has always been a go-getter... an inspiration to youth.

Sairee Chahal: A sense of identity

Doing it all: The many ways of trailblazing