Doing it all: The many ways of trailblazing

Trailblazing is hard work. And it can be achieved in various ways as evident in the first-ever Forbes India W-Power Trailblazers list 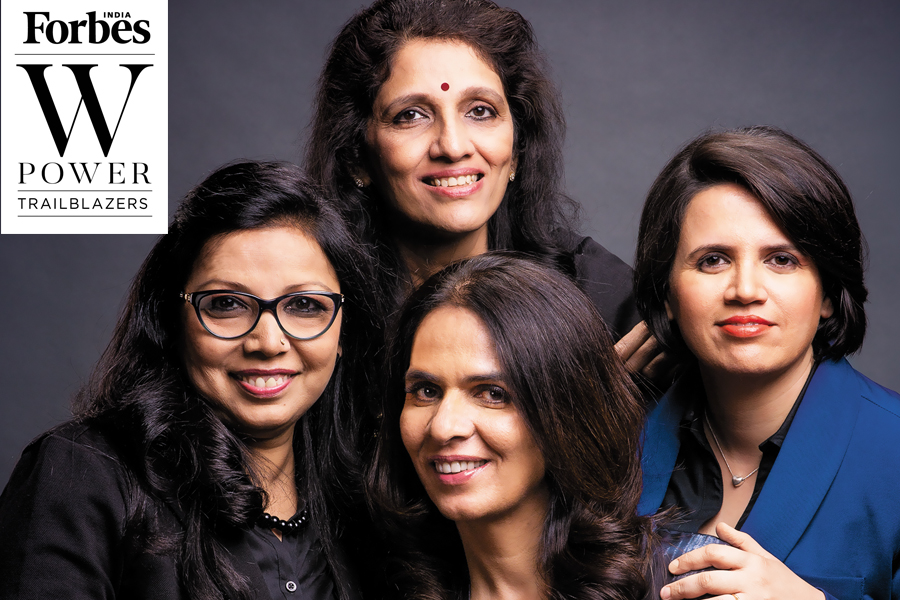 On a recent Sunday evening, I took my 15-year-old niece to see Hidden Figures. She wasn’t convinced it was a smart choice for her weekend entertainment, but I promised her she wouldn’t regret it. Two hours later, she turned to me and said, “I owe you one.”

Hidden Figures tells the inspiring story of three brilliant female African-American mathematicians who worked for NASA, but whose stellar contributions to its space missions went unrecognised. In the racially conflicted United States of the early ’60s, ridden with ‘Colored Bathroom’ signs and gender stereotypes, their job was to remain in the shadowy world of back-office computers. It is only now, after this movie (based on a book of the same name), that these women—Katherine Johnson, Mary Jackson and Dorothy Vaughan—have got credit for their iconic roles in NASA’s history. I could see that their remarkable story had struck a chord in my niece’s teenage heart.

This is 2017, and the idea of a woman breaking through a male-dominated world still resonates. Still excites.

The reason for this is that female achievement continues to be novel. Not for want of skill, obviously, but for a complex range of social and cultural factors.

W-Power Trailblazers 2017: Meet the jury that cherry-picked them

Naina Lal Kidwai, former chairman of HSBC India, points out the persistent challenges in the environment. “Even right now, there are women—in this day and age—who say they have an issue accessing bank finance,” she says. “Which surprises me. It is still, unfortunately, a situation where women have to do better than their male counterparts and always prove themselves more.”

Simply put, an ecommerce entrepreneur—male or female—would likely face the same logistical and regulatory challenges. But only a woman entrepreneur, like MobiKwik co-founder Upasana Taku , will be looked at quizzically by a banker or an investor who was expecting a man to handle matters related to finance.

That makes the stories of the 19 individuals on Forbes India’s first-ever W-Power Trailblazers list even more compelling.

Appropriately, they have been selected by a jury of hall-of-famers—Naina Lal Kidwai, Chanda Kochhar, Ritu Kumar, Kiran Mazumdar-Shaw, Zia Mody and Mallika Srinivasan—women who know what it takes to smash the ceiling and dodge the shards of falling glass.

They also know the expectations placed on working women. “There is still pressure on women to balance home and work. The fundamental difference is that guys just don’t feel guilty about not spending more time at home—they may like to, but if they can’t, they don’t feel guilty,” says Kidwai. The women, on the other hand, have a “perennial feeling of guilt, and that causes a lot of conflict”. “We are conditioned by society to be the ideal mother, wife, daughter-in-law, daughter… we are trying to be Superwoman, and stress ourselves out because of those pressures,” she says.

‘How do you do it all?’ is the wondering question posed once too often to women who manage to balance home and career successfully.

But many do ‘do it all’. Take Meena Ganesh, co-founder and CEO of Portea Medical, who came to the Forbes India photo shoot late one evening, with part of her mind on business and part on her son prepping for his Class XII exams in Bengaluru. It takes a village, they say. But the village is usually busy with other things, and it’s down to the one.

Then again, trailblazing is hard work. It needs creativity, persistence, determination and a very thick skin. And it can be achieved in various ways.

Radhika Piramal, the managing director of VIP Industries , is not only infusing life into the elderly brand, but, as an openly gay business leader in India, she has refused to buckle to societal pressures.

Then, there is Revathi Roy, who channeled her rally-driving history into a career after the loss of her husband a decade ago. Today, she is a serial entrepreneur with women empowerment as her driving force.

Sairee Chahal of Sheroes has set up a career network for women, acknowledging the lack of gender parity in India’s workforce. From turning around a family business to going where no woman has gone before, each of Forbes India’s Trailblazers is the real deal.

Not only do these achievers—selected from a longer list of 52—signify the wealth of possibilities for women (and men), they also show that the hurdles, though still present, are a lot less insurmountable.

Let’s go back to popular culture to sense the difference. Take the American television series Good Girls Revolt, which is based on real life and set in a magazine newsroom of the ’60s when women were only allowed to play researcher—do all the reporting work—to the man’s writer. To ask for a byline was an offence, even grounds for being fired. In the show, a group of girls takes on the management. They demand they get credit for their work.

From ‘computers’ and ‘researchers’ to now scientists and editors, the trail is five decades long and still being blazed by brave women like the 19 profiled in this issue. After all, there are still social barriers to dismantle, corner offices to be won, and some especially stubborn doors to pry open.