Power of the Marwari Business Community

Take history, tradition and tough enterprise, mix them in almost equal measure, add a dash of good fortune and season with anecdotes: You have the Marwari ‘big business’ story.

There are several common threads running through the stories you are about to read. To begin with, there is the frequent mention of wealth and risk appetite—stock descriptors for the Marwari community—which have long defined their power and influence in society and in industry. Consider that the top 10 Marwari-owned companies account for 6 percent of the entire BSE capitalisation. 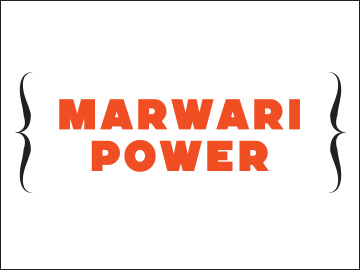 By the same token, though, there is also focus on culture and philanthropy—the less obvious but equally significant aspects of sway in the community.

Then, read the sub-text and you will find that spells ‘family’. It is the tie that has underpinned these businesses and is, often self-admittedly, the force that powers the risk-takers to, well, take risks. Professionalisation is inescapable, as Kumar Birla points out, but the Marwaris take the family in ‘family-owned business’ seriously. The most powerful industrialist will, even in the boardroom, rush to touch an elder relative’s feet as a greeting.

Deferring to the older generation may be an archaic notion, but it is also a sign of respect that prevents the delicate balance of commerce and emotion from unravelling. For instance, Punit Goenka, son of media mogul Subhash Chandra, will tell you how difficult it was for him to approach his father to ask for decision-making authority. That he had this discussion shows the natural instincts of even the new generation Marwari.

It is all too easy to pigeonhole communities into caricatures. Take the ‘kanjoos Marwari’ image, for instance. But they aren’t complaining—that is, after all, one of their biggest assets. What may be perceived as miserliness cloaks an innate shrewdness with money that has helped many a Marwari company keep its costs lower than the industry average—a skill that has never been more relevant than it is today. Many of the unlisted companies Forbes India writers interviewed touted that as a key contributor to their success.

Another little known constituent of their business history is manifested in the media stories —KK Birla’s struggle to accept the necessary profit-orientation of his media venture, which was supposed to have represented the agenda for independence and later nation-building or Rajasthan Patrika’s staunch refusal to cow under advertiser pressure or Ramnath Goenka’s work ethic that his grandson Anant tries to practise as he ushers in the digital age at The Indian Express.

These stories indicate nuances and layers in the community’s business successes—shades that are often overlooked when pitted against the more obvious attributes. But scratch the surface—as we have tried to do—and their narrative makes for a compelling read.