'Being first' matters but 'being better' matters more

Being first, by itself, isn’t a guarantee of success. It may even involve much greater risk than being an early follower 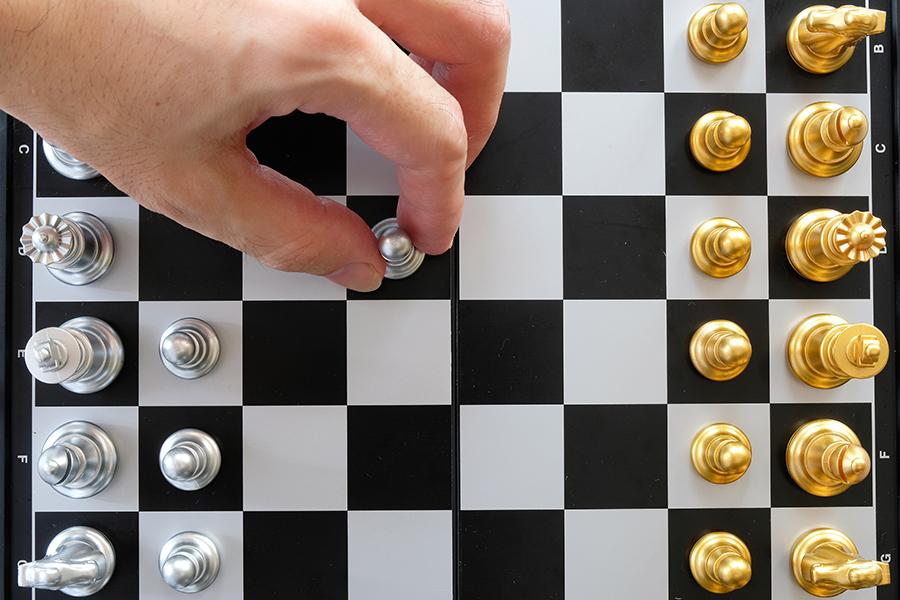 “If you are not embarrassed by the first version of your product, you’ve launched too late.” - Reid Hoffman

The concept of 'first mover advantage' means that the pioneer in a new market has an edge over equally qualified late comers. It posits that the initiator brand gains a commercial advantage leading to higher revenues and profits over time. The more complex and fragmented the market, the more such an advantage becomes valuable.

Have you ever asked why all clocks exhibit 12 hours on the dial? Why do the hands move to the right? This was not inevitable. Why not a 24-hour face with the hands moving to the left?

At that time, the convention was open. Shortly after, clockmakers standardised on our ‘12-hour–move right clockwise’ convention.

The first mover locks in the standards and makes the market behave in ways that favour it. Significant payoffs exist when one can create barriers to entry. The brand creates its own market, gets consumer traction and has a significant lead time for innovations. Some well-known first movers, such as Gillette in men’s grooming, Kleenex in tissue, Xerox in copiers, Coca-Cola in soft drinks and Hoover in vacuum cleaners unmistakably demonstrate both the value and longevity of early success. In India, Royal Enfield is a unique example of longevity, constant growth and brand mystique and appeal that has grown from its first mover days.

Early entry gives cost advantages associated with operating, manufacturing and selling. One can tie up key source materials, distribution channels and own consumer mindshare. In diverse international markets, skills and resources are better developed. Unilever was a pioneer in India with its ‘Indian-isation’ of management. Its strengths in distribution and its portfolio of brands in each category allowed it to build dominant positions.

He who arrives early owns the battlefield and waits for the later challenger. Such an early entrenched brand can make investments to pre-empt the aggression of later arrivals. Brands are sociological phenomena. Early players get more social esteem, reputation and longer term loyalty

But being first, by itself, isn’t a guarantee of success. It may even involve much greater risk than being an early follower. Netscape, the first mover, lost its market share to Microsoft’s Internet Explorer within a few years in the 1990s to be in turn challenged by Chrome. Brands get a foothold, grow to leadership positions and still lose out—Rasna, HMT, Cibaca, Dalda, Godrej Storwel are category building examples from India. Myspace came before Facebook. Google search was preceded by AltaVista and Lycos. It is true for traditional verticals and new segments as much.

‘Being first’ matters but ‘being better’ matters more.

The underlying factors that make or break an advantage are the speed of technology evolution and the pace of market evolution. The quicker and more disruptive the advancement of technology, less possible it is for the entrenched player to control it. Even with large R&D budgets the incumbents often lose out. It is seen that new entrants tend to drive technological progress. Their ability to make an entry rides on new technological advantage.

The wider the departure from existing products or categories, the more uncertain the future. We have seen this in the case of cellular telephony, automobiles, memory, semiconductor devices, video projection technologies and other markets. Storied brands such as Nokia, Hindustan Motors Ambassador, Premier Padmini, Dyonara, BPL, Onida are amongst examples of wasted advantage in India.

A gradual evolution in both technology and markets is the best case scenario for first movers. If the pioneering brand becomes a reference point within the category and transforms into a verb, it is a sure shot sign of advantage. So, ‘to Hoover’, ‘To Uber’, ‘To Xerox’, ‘To Google’ shows advantage ingrained into activity. A gradual pace of change in technology makes it hard for later entrants to differentiate their products from those of the first entrant. Yet, Blackberry, Kodak and Polaroid, despite the advantages, lost out in new product development. They didn’t have the wherewithal to lead technological change or make enticing, recurrent product changeovers

What matters to the bottom line is scale, cost advantage, margin accretive innovation and pricing elasticity. We know that global giants like IBM, HP and Compaq could not resist the cost advantage of mass model players such as Dell or the rise of Japanese, Taiwanese and Chinese competitors in the personal computer industry. Famously, Microsoft and Intel decided to make the Windows 95 Operating system and the Intel x86 microprocessor mutually compatible. With this “Wintel Advantage”, they were unbeatable.

To conclude, the first mover advantage is a matter of attitude more than chronology. It should be seen as a game theory construct and in a broader framework of brand oligopoly.

Being a first-mover is only worth it if the risks are outweighed by the rewards. Every day in business is about the survival of the fittest.

5,116
Thank you for your comment, we value your opinion and the time you took to write to us!

Tweets by @forbesindia
Prev
The King and I: What I learned from Aditya Puri
Next
Five ways for Indian textiles to get a bigger global market share