The balance between being assertive and aggressive

At work, many people want to hold their emotions in check, and many others want to become more assertive. Leadership coach Bhavna Dalal writes about how to understand your behaviour, and how to learn to both listen and stand up for yourself when needed 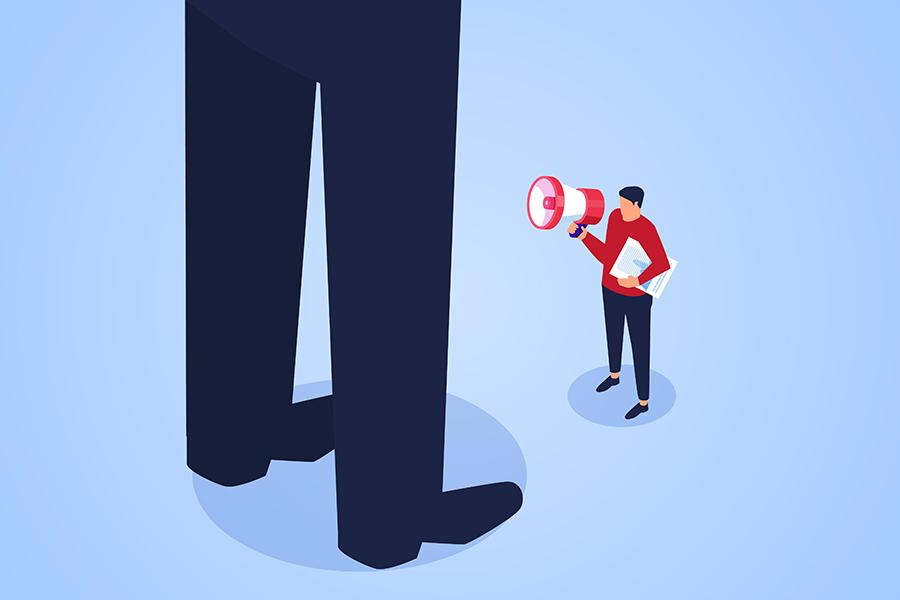 The spectrum of aggression ranges from passive to passive-aggressive to aggressive. Being passive over time, suppressing emotions, ideas, and thoughts can sometimes take people on the other side and cause aggressive outbursts. In the middle of passivity, where you undervalue yourself and aggression, where you ignore others' value, sits assertiveness. It is the best way to deal with a confrontation.

Assertiveness or aggression is a behaviour and communication style. Many people stop themselves from being assertive because they confuse it with aggression.

If aggressive people don't get the response they want, they tend to step on others' toes. They bully and intimidate others to win at all costs. They are forceful and often lack empathy for others. An excellent communicator tag certainly cannot be attached to them. In this process, they damage others' self-esteem. Of course, people don't necessarily want to be this way, but they can't help it because this is a pattern they have followed for a long time. Leadership is recognising your patterns and changing them if they are not serving you. The behaviour pattern of being aggressive or too passive can be changed by focusing on it.

Assertiveness has such a positive association with it. An assertive person communicates their point without resorting to anger and with calmness. It indicates absolute confidence and clarity. Assertive communication is fair, just and direct. Being assertive without being aggressive means stating facts without negative emotions, bias or judgment. It does not mean being cold. The feelings attached can be those of kindness and respect.

Being assertive is an integral part of your emotional, mental health, to not suppress what is inside of you. It is also healthy for people around you. They know what you want; speaking up and speaking in such a way that people hear and at least consider what you have to say. The most credible assertive people are also good listeners. They listen for cues to speak so that others don't become defensive or feel ignored.

As a coach, I come across many clients who want to become more assertive in their roles. One of my clients, Mira, works for a financial services company. During one of our sessions, she admitted that certain coworkers offload a significant portion of their work on her. She doesn't like it but finds it extremely difficult to say 'no' to people. In those few instances when she does refuse, she finds herself profusely apologising and over-explaining herself. She believes that doing so will give rise to conflict and arguments and that she will be perceived as rude. She knows that her colleagues are taking undue advantage of her. Mira has no free time, and the increasing responsibilities are causing her unmanageable stress. She had started avoiding people at work, and her self-esteem and confidence are now being impacted.

During our conversation, she realised for herself that not saying 'no' enough was hurting her. People were taking advantage of her, and she was letting them do that. Now, when Mira is asked to complete another person's task, she does not feel guilty about saying 'no'; she has learned that it is how you say 'no'. She decided to start her refusal by saying, 'I would like to, but I have to...'. It has given her peace of mind. She now focuses more on her work and excels at it.

If Mira had not dealt with this behaviour, her performance and health could have suffered. When Mira lost her ability to stand up for herself, she felt powerless. By saying 'yes' she found that short-term, she lacked guilt and felt helpful, but long-term, felt resentment and anger because she felt like a push-over. Mira gained a sense of empowerment after deciding to be assertive.

In my book Checkmate Office Politics, I talk about several ways of becoming more assertive. Understanding your level of assertiveness is a great way to get better at it. Start by observing your behaviour and paying attention to which direction you tend to lean in different situations.

The writer is founder and CEO of Talent Power Partners, a Leadership Development company based in Bangalore, India

7,978
Thank you for your comment, we value your opinion and the time you took to write to us!