A century of learnings to not just survive, but flourish, in global crises

The Covid-19 pandemic is not the first global crisis we have seen, nor will it be the last. Your business could use these lessons from companies like Coca Cola, McDonald's and Airbnb, on how being bold and nimble should be ground zero 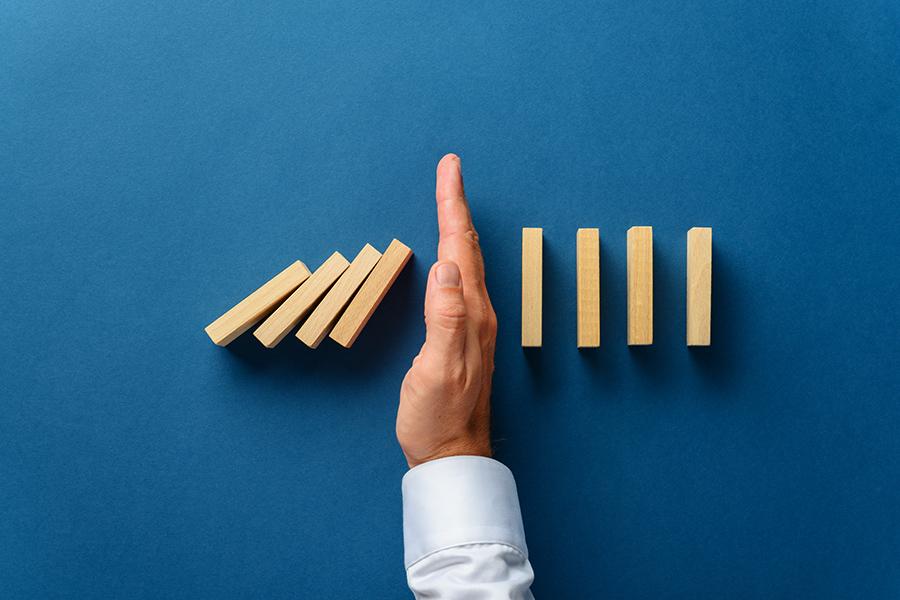 The world is battered into chaos, its economy in pieces and social fabric itself in ruins. People are locked at home and employees are losing jobs in the millions. For a corporation, like a garden of lilies, it is almost impossible to survive the harshest winter. Can anyone endure, let alone flourish, at such a time?

These are some stories and learnings from brands who, through the Great Depression, Prohibition, World War and the Great Recession, with sheer fortitude and fervour, made roads where mountains once stood.

Consumer psychology is the epicenter of both economics and marketing. So when millions of people around the world were losing their jobs, homes and nearing destitution, the upper middle strata, still with some money, and upper upper strata with the rest of it, unanimously realised that showing off is no longer appropriate under the circumstances.

Minimalism was born, luxury logos became smaller and vanity buys rarer. Ecommerce boomed, middlemen faded and good value for money became the forefront of the post-recession audience. Spending didn't fall, but people looked for the best deals. Brands that understood that, flourished. Groupon, a deal marketplace, was founded in the midst of this recession, and made $713 million in revenue in the two years of recession. In the same year, Airbnb came to solve exorbitant costs of travel accommodation; in the next four years, it was valued at $2.5 billion. In 2009, at the peak of recession, Netflix grew its subscribers to 12.3 million and earnings by 24 percent by providing unlimited streaming services at a steal.

The Lesson: Humility. During testing times don’t oversell your brand, irrespective of its category. Saks Fifth Avenue slashed prices by 70 percent on luxury designer clothes to clear inventory. Think like a homemaker and you will realise irrespective of their stand in the pyramid, a desire to save naturally takes over. in such times. How many millionaires do you think use Airbnb today, even if they can afford a suite at the Four Seasons? Always be part of the solution narrative.

When World War II struck, Coca Cola, the favourite soft beverage of the Third Reich, had 43 bottling plants in Germany. All overseas trade halted pronto and with it, all the raw materials needed from America to create the inimitable flavor.

Max Keith, the head of Coke Germany, had two choices, like some of us right now—shut plants down till the storm is over, or find an alternative for to stay afloat. He created a new, temporary soda made from other industry scraps—apple fibre from cider presses, and whey, a cheese byproduct. The product sold over three million cases just during the war and is today sold in 190 countries. And I think you might be familiar with it too—Fanta (aptly inspired from the German word ‘fantasie’, meaning imagination).

The Lesson: The darkest tunnels have a secret window if you are eager to find it. Keith showed a dogged perseverance to survive and do remember he did all of it without the contact or support of the multi-million dollar Coca Cola HQ back in America. Coke HQ trademarked it two decades later, in 1960.

In this tumultuous year, Facebook bought 9.9 percent stake at Reliance Jio for a whopping $5.7 billion in the midst of a global lockdown. When the Great Depression began in late 1929, everyone was choking advertising budgets to cut costs, but not Procter & Gamble. In the midst of it, P&G debuted its first radio serial, Oxydol's Own Ma Perkins, and eventually, launched 21 radio shows in the next eight years, pioneering the soap opera.

The cereal war of the 20s had two players, Post and Kellogg. And while Post immediately clenched its marketing spend, Kellogg doubled its ad budget, and dynamically promoted their new cereal, Rice Krispies. Legend says that Kellogg’s profits rose by almost 30 percent during the depression, and to date, it remains the industry dominator.

The Lesson: If you have cash reserves, be bold. Historically speaking, during both the mid 1970s American recession and 2008 global one, whilst others hurriedly scaled back, McDonalds ramped up new stores and saw a profit incline in the years to come. In normal scenarios, you can never gain so much competitive advantage. Wall Street experts advise putting money on brands that are still aggressively spending during a recession, as they almost always make a huge profit by the end of it.

Here you are dreading six months of halted business due to Covid-19; imagine being a beer brand in 1920s America and being banned overnight, no exceptions, for 13 long years. One more year and an epic like Ramyana could have been written.

Over a thousand breweries were on the edge of imminent oblivion and yet, as of 2020, the top five beer brands in the country are of pre-prohibition era. What did they do in this desperate moment? Diversified like their life depended on it.

Anheuser-Busch (Budweiser) started selling everything from infant formula to carbonated coffee, and tea products called Kaffo and Buschtee. Coors branched out as the leading producers of malted milk, selling to soda fountains and candy companies. They also shifted their majority cash reserve in the laboratory ceramics and pottery business, now the largest engineered-ceramics manufacturer in the world, CoorsTek. Pabst Brewing Company leased part of its plant space to Harley-Davidson and created their most notable product of that decade—processed cheese spread aged in their breweries, later sold to Kraft when prohibition ended.

The Lesson: When it comes to swimming through a tsunami, there is no right way. And definitely no wrong one. You do what you have to do to stay afloat with pride and creativity. Being nimble with your strategy and operations is ground zero.

This pandemic is not the first global crisis we have seen, nor will it be the last. But in the last century, we have more than enough conclusive evidence that even the grimmest of them all can be thwarted with tenacity, tact and trust. As a 13th century Persian once said, “Why do you stay in prison, when the door is so wide open?”

6,156
Thank you for your comment, we value your opinion and the time you took to write to us!

Tweets by @forbesindia
Prev
The scientific reasons why working from home is so exhausting
Next
Covid-19 Pandemic: Sustainability's moment of truth