What India needs to do to boost women entrepreneurship

Boosting women entrepreneurship cannot be achieved in silos. Individual players at the macro level in the ecosystem—the government, NGOs, financial institutions, policymakers and legal experts among others—must work in tandem 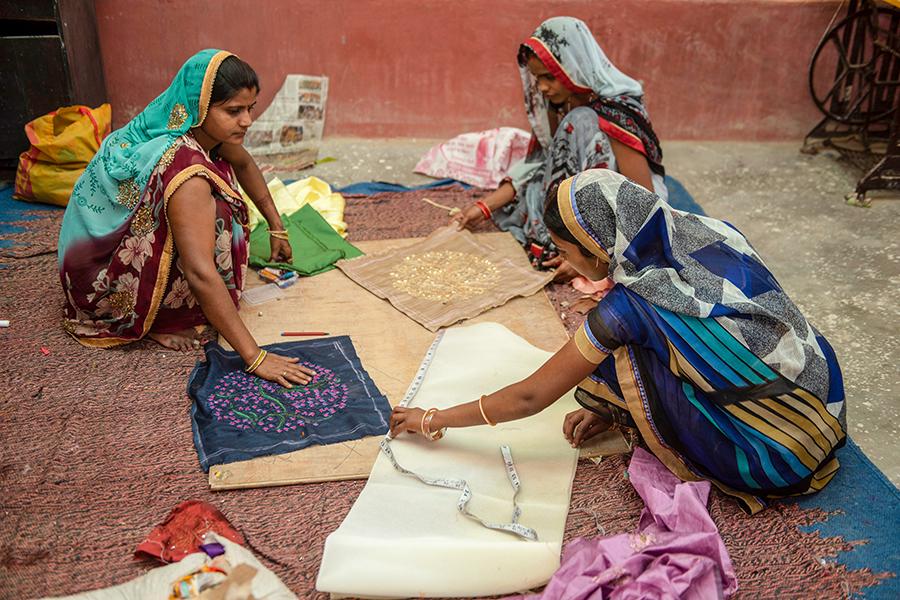 When these words are viewed in the context of socio-economic development for vulnerable communities across low-income countries, they form the very foundation on which all collaborations and multi-stakeholder interventions are built. When different stakeholders with their unique skill sets come together to work towards a common vision—while simultaneously engaging in constructive and structured dialogue—it allows for actionable change. It is on this principle that India’s government-led collaborations, inter-sectoral partnerships, and Corporate Social Responsibility (CSR) programmes are built. Corporates connect with organisations working at the grassroots level, understand their challenges, identify the gaps in their implementation programmes and then build robust and dynamic campaigns to address the same.

Take the example of IndusInd Bank Limited and its work in the space of employment generation for women. The bank implemented a project across 3 districts in Bihar in partnership with an on-ground NGO working towards enabling women to assert themselves in society, make informed business decisions, and get more involved in local governance structures. This allowed for the faster transformation of women-owned businesses in the project districts and enabled them to increase their professional and personal standing in society. It was only once the challenges faced by these women entrepreneurs were understood through the efforts of three different stakeholders, that it was possible to create an enabling and conducive environment for women-owned enterprises in the state.

An evaluation of the success of multi-stakeholder interventions in the women entrepreneurship ecosystem will reveal that while NGOs, philanthropic investments, and businesses have combined their resources to work collaboratively, a lot is still to be achieved. Access to government schemes such as MUDRA, Pradhan Mantri Rozgar Yojana, Startup India Programme, Skill India, Udhyam Sakhi Portal for Women Entrepreneurs, and the Women Entrepreneurship Platform by Niti Aayog, remains a huge concern due to lack of awareness or understanding of the benefits at the grassroots—especially for rural women entrepreneurs.

The 'Landscape Study on Women Entrepreneurship' conducted by EdelGive Foundation as a part of our ‘UdyamStree’ campaign, revealed that only one percent of all the women surveyed had been able to leverage government schemes to their advantage. We also found that most women (94 percent) decided to start an enterprise only after consulting their families who prove to be the most important stakeholders at a micro-level. Without their support, many women were convinced that their businesses could not be successful.

Limited employment opportunities and increased domestic duties have resulted in a gradual decrease in the participation of women in India’s workforce. The pandemic only intensified the socio-economic and cultural obstacles faced by women. As per the World Economic Forum’s Global Gender Gap Report 2021, India still ranks 140th out of 153 countries. The contribution of Indian women to the GDP stands at 18 percent as opposed to the global average of 37 percent, with only 14 percent of women opting for careers as entrepreneurs.

As recently as 2018, India witnessed a historic low in the participation of women in the labour force—23.5 percent of the total labour force. Furthermore, women continue to face issues such as an increase in their domestic duties (exacerbated further by the pandemic), shrinking or a complete loss of their livelihoods, limited mobility and economic opportunities, as well as constant surveillance by their families and community members. Due to the complexities entrenched in the socio-economic composition of Indian societal structures, multi-stakeholder interventions working in the space of women entrepreneurship must focus on deconstructing gender stereotypes; motivating and galvanising women through skill training; enabling access to financial aid; and focus on awareness generation on available resources such as welfare schemes, processes, and entitlements.

Significantly, several women from rural and semi-urban India continue to work in the informal labour market which provides them with absolutely no job security or social protection, as it operates outside the ambit of the law of the land. Additionally, due to the expendable nature of the unorganised labour force, exploitation occurs on a large scale. According to a report by the ‘Initiative for What Works to Advance Women and Girls in the Economy’, nearly 91 percent of women in India are employed in the informal sector where their incomes tend to fluctuate, they do not have any bargaining power, they tend to work in squalid conditions and are often relegated to the lowest rungs of society by archaic and patriarchal systems. In this context, as with several complex development sector scenarios, employing multi-stakeholder interventions consisting of robust capacity building models and awareness generating activations such as the IndusInd program among others, often prove to be useful.

However, for the same to be properly implemented and result in tangible outcomes, individual players at the macro level in the ecosystem—the government and local authorities, on-ground NGOs, financial institutions, counsellors, gender experts, ASHA workers, self-help groups, media channels, policymakers and legal experts among others—must work in tandem. Only then will skill development be prioritised, participation in the organised labour force be encouraged and infrastructure is enhanced to support small and medium-sized women-led enterprises.

Stakeholders across the ecosystem need to come together to transform the way women are perceived in society. Boosting women entrepreneurship cannot be achieved in silos, be it in the home where family plays an extremely pivotal role in the development of women, or with the initiatives of the government that prioritises the agenda of empowerment. We must keep working tirelessly for all women across India, providing them with equal opportunities to make a living, develop a sense of self-worth, improve their financial and social standing, and assert their independence.

The writer is an Executive Chairperson at EdelGive Foundation.

7,243
Thank you for your comment, we value your opinion and the time you took to write to us!