What we need to do to really empower and enable women

Institutions working for women empowerment need to look beyond the simple measures, and into gaps of skilling, financing, and a social safety net for women in rural and semi-urban areas 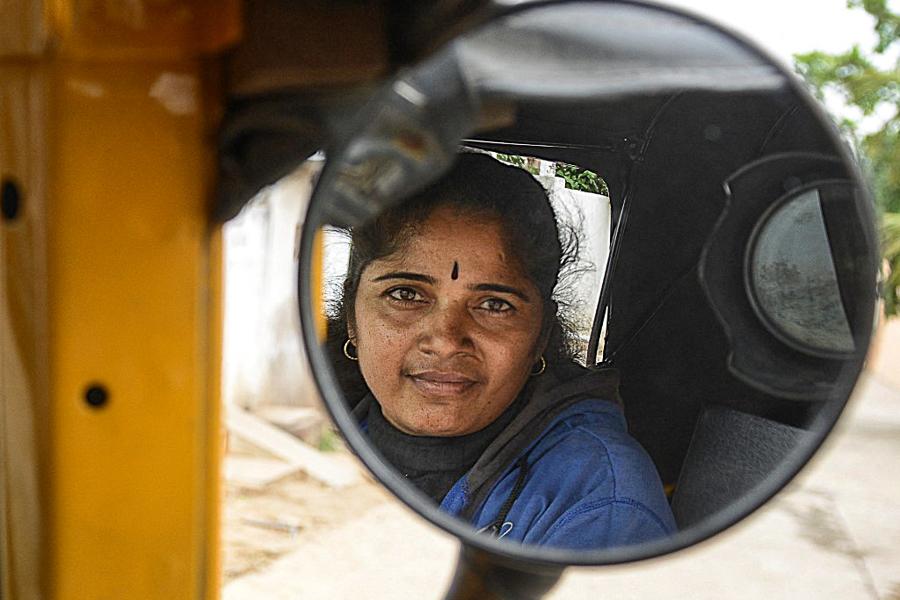 The lack of access to finance is a huge marker for the adversities women in India face, with a gap of over $20 billion worth of unmet financing for Indian women entrepreneurs. Image: Noah Seelam / AFP

In the last two decades, India has witnessed a massive decline in women’s participation in the workforce. World Bank estimates, the female labour force participation rate in India decreased from 26 percent in 2005 to 20.3 percent in 2019. While this figure may seem alarming, there is substantial data to prove that this drastic decline was to be expected. The socio-economic and cultural constraints imposed on women, and the limited employment opportunities available to them have caused a multi-sectional and adverse impact on their development. The fallout is clearly highlighted in the World Economic Forum’s Global Gender Gap Report 2021, where India still ranks 140 out of 153 countries. This is further corroborated by the contribution of Indian women to the GDP which stands at 18 percent as opposed to the global average of 37 percent, with only 14 percent of women opting for careers as entrepreneurs. An increase in domestic duties, limited mobility, and constant surveillance by families and community members (more so in the light of Covid-19), has only made it more difficult for women to assert themselves and claim their financial independence.

Take Hamida’s case for instance. The 24-year-old single girl from a conservative Gujarati family did not want to spend her life as a homemaker or daily wage earner. She had seen her parents struggle financially her entire life, and was determined to live a life of dignity and independence. She decided to take the bold step of becoming an auto driver, and connected with a local NGO to receive training. After six months of training, she was fully certified. However, her brothers would not support her decision to buy or rent an auto rickshaw as she was a woman, and, therefore, they felt it was an ‘unsuitable’ profession for her. Her community also pressurised her into giving up her dream, stating that autos were predominately driven only by males. Hamida could not even avail of any government schemes or initiatives because she was not aware of them. The one scheme she was aware of, whereby she could avail of a loan of Rs 5 lakh from a bank, required a guarantor, which she did not have.

Many women face the same challenges as Hamida. There is a gendered impact of the pandemic due to systemic, deep-rooted patriarchal customers and traditions that form a part of India’s socio-cultural fabric. The lack of confidence and the agency to make decisions at home, being constantly told what is expected of a woman, and having to adapt to an unprecedented lockdown situation has left many women from rural and semi-urban spaces feeling vulnerable. Many have also been subjected to assault and violence at the hands of their husbands, brothers, fathers, and in-laws. The National Commission for Women received 23,722 complaints in 2020, the highest in six years.

Through their entrepreneurial ventures, women have the potential to play a pivotal role in enabling India achieve its target of a $ five trillion economy. However, a report by the ‘Initiative for What Works to Advance Women and Girls in the Economy’ highlights that nearly 91 percent women in India are employed in the informal sector, with their incomes fluctuating and their futures uncertain. These women are unfairly exploited, have no social protection or security, and often work without being legally contracted. Further, they are often in the dark about their rights and entitlements, which makes them vulnerable to economic manipulation. The lack of access to finance is a huge marker for the adversities women in India face, with a gap of over $20 billion worth of unmet financing for Indian women entrepreneurs.

Therefore, to really empower and enable women, interventions working in the space of women entrepreneurship must focus on deconstructing gender stereotypes; galvanising women through skill training; enabling access to financial aid; and creating awareness around available resources such as welfare schemes, processes, and entitlements. It is crucial to empower women by providing them with support in the form of social protection, benefits if employed in the informal sector, and gender-responsive social income security. Examples of women whose entrepreneurial spirit have been supported and encouraged by multi-stakeholder interventions include Ruma Devi and Kavita Devi. Ruma Devi is an Indian traditional handicraft artisan who won the highest civilian honour for women in India (the ‘Nari Shakti Puraskar in 2018), and Kavita Devi is the editor-in-chief of Khabar Lahriya (a weekly rural newspaper) and the first person from the Dalit community to become a member of the Editor's Guild of India.

Additionally, to see the above plans to fruition to boost the status of women, it must be ensured that women are able to remain connected with each other and draw inspiration from one another. Only then, will dialogue, sensitisation, and awareness, can capacity building occur, and optimism, courage and empathy can be imbibed. Corroborating this is the ‘Landscape Study on Women Entrepreneurship’ by the EdelGive Foundation, which found that 73 percent of the women surveyed reported an increase in self-confidence once they began their businesses, while 19 percent reported improved self-esteem due to the financial independence attained from being business owners. Over 90 percent of the women felt happy and proud that they decided to start an enterprise, while 80 percent agreed that after the commencing their enterprises, there was a considerable improvement in their status within their families and societies.

The writer is an Executive Chairperson at EdelGive Foundation.

4,399
Thank you for your comment, we value your opinion and the time you took to write to us!

Tweets by @forbesindia
Prev
What India needs to do to boost women entrepreneurship
Next
How do we keep women's entrepreneurial spirit alive?