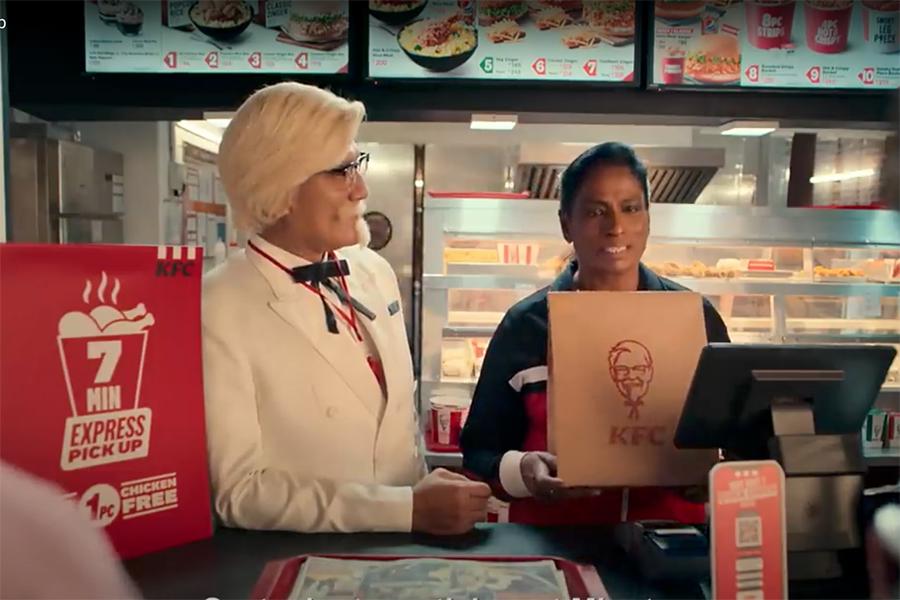 Brands and marketers have come to realise that a walk down memory lane can be a powerful way to connect with audiences these days. Whether it is remaking iconic ads or recreating old jingles, it is all working to form an emotional connect with consumers.

Earlier this year, in an ad for credit card bill payment app Cred, we saw cricketer Rahul Dravid’s “anger issues” on full display on Bengaluru’s roads. This was followed by ads that featured sportsmen like Venkatesh Prasad, Javagal Srinath, Maninder Singh, and more recently Kapil Dev in avatars that left everyone surprised.

EdTech platform Whitehat Jr also collaborated with the former World Cup-winning captain in a special cricket-based project known as ‘Kapil's Swing Bowling XI’. This project was interwoven in the Whitehat Jr curriculum to encourage students to create a mobile app that simulates bowling on a cricket pitch by applying expert inputs in the form of bowling tips provided by the legendary cricketer.

Brands are increasingly roping in yesteryear’s sports stars, effectively harnessing the power of nostalgia marketing. And these ads are not getting mixed in the clutter—whether it is the IPL, festive season or the year-end.

“India has a host of legendary and iconic personalities who continue to inspire many across generations. The power these personalities and sports stars have is that they render their distinct personalities or most popular characteristics to the campaigns they represent,” says Moksh Chopra, chief marketing officer, KFC India.

Chopra tells Storyboard18 that roping in PT Usha was a good idea because she is the finest example of bringing alive the concept of speed. “Our intent has always been to seek out the most relevant personality to drive pertinent key messages. The better the fitment, the more our consumers will relate and connect deeper with the brand,” says Chopra.

On the other hand, Cred leveraged yesteryears’ stars and their nostalgic appeal, using them in cheeky and surprising ways.

Sportspersons may have a legacy that transcends generations, but typically they have a short career. A 90s star-sportsman will typically find a fan in someone who is 30 years or older now. In the case of Whitehat Jr., they needed to target parents. Apart from Kapil Dev, the brand partnered with famous singers such as Lucky Ali, Usha Uthup and Asha Bhosle as part of its brand campaign to popularise their music offering. “The sense of narrative was fondly related to parents, your nostalgia kicks in compellingly,” says Suraja Kishore, CEO, BBDO India. BBDO India worked on this campaign for Whitehat Jr.

But how do these ads become relevant for people who haven’t watched these personalities in action in their glory days?

In KFC’s case, Chopra doesn’t think it’s a problem. “PT Usha is a celebrated icon, and till date, when one thinks of speed—hers is the first name that comes to mind. The best part is that people of all ages relate to this metaphor,” he says, speaking about how especially millennials and Gen Z are the ones who are pressed for time and need everything here and now.

Dheeraj Sinha—CEO and chief strategy officer, South Asia, Leo Burnett—feels celebrities who are classic, come with a ‘cultural cache’ of awareness. “Mostly, they have awareness across generations and tier class.”

The biggest currency in today’s heated-up consumer market is visibility. Celebrities have a high impact. They command natural attention and can greatly enhance a brand’s visibility. They can boost brand credibility and increase engagement for marketing campaigns. “Visibility is directly proportional to a business’s velocity—sales, MAUs [monthly active users] and so on. Celebrities are rockets that help multiply this visibility and thereby our media investment,” says Sinha.

Yesteryear’s sports stars help drive good visibility because they are endorsing fewer brands and are affordable, says Sinha. “They are typically less exposed than the reigning top celebrities of the current times. The most important aspect is that they don’t burn a hole in the marketing pocket,” he says.

And rightly so. Whether it is Virat Kohli, Rohit Sharma or PV Sindhu, they are all faces of multiple brands, all at the same time. Plus, all of them feature in the richest athletes list frequently.

The Cred campaign is a prime example to validate this point. At a time when most other companies and brands were leveraging the influence and brand equity of this generation’s cricketers and actors, Cred deviated by casting the popular figures of the ’90s. This helped them garner a lot of attention instantly.

Ad executives also point to other advantages of hooking the brandwagon to veterans. Another issue with top reigning contemporary celebrities—either from sport or entertainment—in the age of social media outrage, is you never know which celebrity, and eventually the brand, will be at the receiving end of the public wrath on these platforms. “Age and life stage that celebrities are at also brings in a lot of grace,” Kishore concludes.

5,235
Thank you for your comment, we value your opinion and the time you took to write to us!

Tweets by @forbesindia
Prev
Storyboard18 | Managers, here's how to get through The Great Resignation of 2021
Next
Storyboard18 | After Nykaa's IPO blockbuster, Indian beauty industry looks at a big boom in 2022