After a dry spell, the 'king of Bollywood' is back in two viral advertisements. His innate charm and self-deprecating wit always add to the power of his brand, say advertising executives 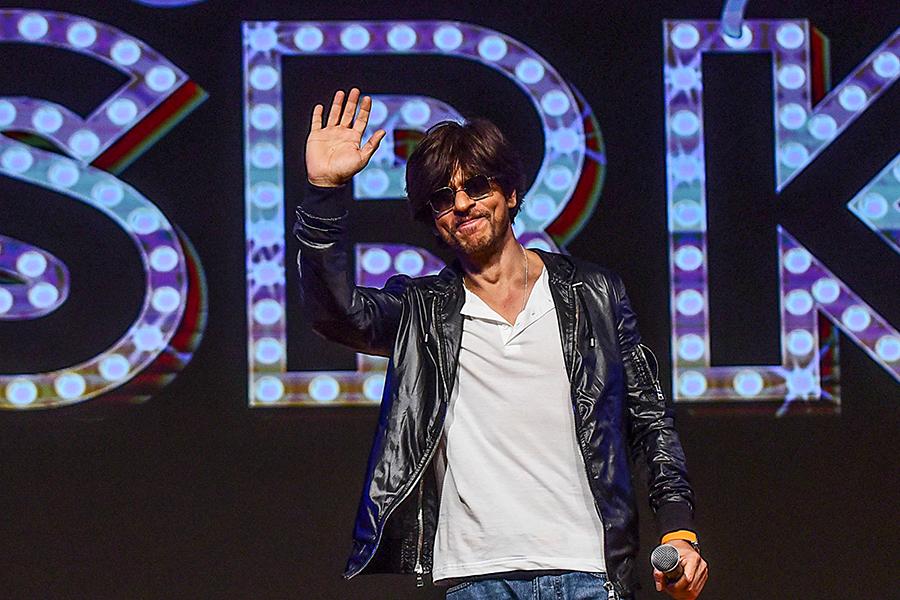 At a time when celebrities like Virat Kohli, Akshay Kumar and Ranveer Singh are ruling the endorsement charts, the king of Bollywood Shah Rukh Khan’s brand value may have slipped in numbers but not in the minds of the audience. Khan has had a dry spell at the box office and in the ad world in recent years. However, that could be changing now.

In a new ad for streaming platform Disney+Hotstar, Khan is seen hinting at a debut on the OTT platform. He takes a humorous approach to describe his FOMO (fear of missing out), of not being on the small screen, considering other actors like Akshay Kumar, Ajay Devgn, Saif Ali Khan, and Sanjay Dutt have already made their appearances on the streaming platform.

Devaiah Bopanna, one of the writers who worked on the ad, tells Storyboard, “Shah Rukh is the perfect embodiment of a liberalised, free market-driven India - where the urban middle class can dream, and nothing stops them from achieving those dreams.”

Bopanna has co-written the ad film along with Tanmay Bhat, Puneet Chadha, Deep Joshi and Vishal Dayama. It is directed by Ayappa and produced by Early Man Film. The same team that made the wildly popular campaign for fintech start-up Cred, which featured veteran cricketers and celebrities like Rahul Dravid, Madhuri Dixit, Govinda and Anil Kapoor, taking a dig at themselves Nostalgia is a powerful creative tool, clearly.

The ‘Main Hoon Naa’ memeRecently, Khan also took to the microblogging site Twitter to promote Bollywood couple Riteish Deshmukh and Genelia Deshmukh's new food venture ‘Imagine Meats’ in a way that turned him into a meme. The star shared a photoshopped picture of him doing his famous pose while holding packets of the vegan meat brand. His tweet said, "My friends @geneliad & @Riteishd were discussing who would launch their Plant Based Meats Venture. I opened my arms wide and said ‘Main Hoon Naa’….” Creative & technology transformation company Schbang has developed the logo, packaging, visual design and rolled out the launch campaign for the brand.

Brand experts think Disney+Hotstar and Imagine Meats have made a smart choice by roping in one of the most influential people to create a splash in their respective categories.

Vistasp Hodiwala, founder and CCO, Underdog and co-founder of Centrick, says, Khan’s appeal “effortlessly transcends the straightforward binary of hits and flops. His innate charm and self-deprecating wit only add to the power of his brand.” Hodiwala adds that a brand like Disney+Hotstar, which has its own set of challenges in the crowded OTT space, has leveraged Khan’s “potent star appeal to underline their proposition to the T.” In the case of Imagine Meats’ collaboration, Hodiwala, says it “could possibly blossom into a much more intelligent and meaningful partnership, given the pathbreaking nature of the category itself.”

Bring on the charm offensiveOver the years, Khan has endorsed everything from soaps and fairness creams to cars and pan masala. However, using his quick wit, humour and humility, proportionately makes these two new pieces work interesting, believes Rohit Raj, co-founder & chief creative officer, The Glitch. “As consumers are evolving, simply having a powerful face doesn’t move the needle. Hence, there is a need for brands to reinvent their communication strategies. This charmer always existed in Shah Rukh Khan, unfortunately, it’s only now that we are tapping into that side of him.”

Brand expert Harish Bijoor agrees, adding that “Self-deprecation is a skill in itself. A star who can attempt it with panache and pizzazz will do well”. That’s what Khan does in the recent Disney+Hotstar film, says Bijoor.

According to the latest Duff & Phelps Celebrity Brand Valuation Report 2020, Khan currently commands a brand value of $51.1 million. Though he is number four on this list, Khan’s personal net worth, according to Forbes Rich List 2021, is around $690 million. He also runs a production house, Red Chillies, and is the co-owner of the IPL team Kolkata Knight Riders.

Comeback KingFilm trade analyst Atul Mohan says, “These endorsements are a part of his comeback strategy and the industry is hopeful that there would be more announcements in the coming days from him be it on the endorsement side or on the content side.” When the superstar went missing in action “it was a planned move to save himself from overexposure and create a demand among fans. His strategy was to make people crave for him to come back to the big screen and these endorsements are all a part of creating a buzz and then making a huge comeback,” says Mohan.

This leaves enough cues for brand managers and ad agencies to judiciously utilise Khan’s appeal to any challenger brand's advantage. The real question, therefore, “isn't whether this heralds the comeback of brand Shah Rukh Khan (marquee Bollywood legends like Shahrukh rarely fade away), but whether his charisma can be mined with vigour and imagination by those who have the resources to actively employ it,” concludes Hodiwala.

8,205
Thank you for your comment, we value your opinion and the time you took to write to us!