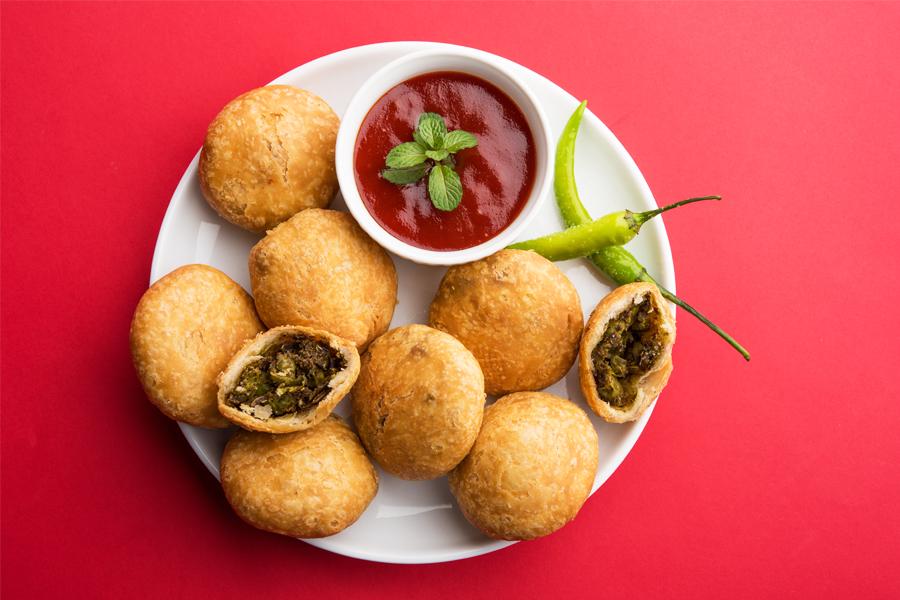 Nothing much seemed to have changed in the bylanes of Nasirabad, a small cantonment town in Ajmer, Rajasthan. Tailoring shops dating back to the British Raj brushed shoulders with feral cattle while anxious men on plump scooters ran their daily errands, squirming through tight corners like goldfish on steroids.

They, however, slowed down in front of a small sweet shop, Chawannilal Halwai, where a sizable crowd had gathered to buy kachoras, a deep-fried spicy snack stuffed with fillings such as moong dal. A tall neem tree, as old as the 50-year-old shop, hugged the narrow entrance.

“My grandfather, Ramlal Gurjar, established this shop in the early 70s. His friends had jokingly nicknamed him Chawannilal and that’s how the shop got its name,” said 34-year-old Hitesh Gurjar, a chartered accountant, who is keen to expand the family business.

Gurjar’s 59-year-old father, Kalyanmal, however, still insists on being in the shop to fry the kachoras every morning, afraid that the staff may forget to add salt, while his younger brothers, Murli Kumar and Sunil Dutt help him run a tight ship.

“My father is a sceptic when it comes to change. We have had offers from several large establishments to open more retail outlets, but he doesn’t want to spread the business too thin as it entails huge capital expenditure,” said Gurjar. “Modern trade is where we want to be and Reliance is helping us achieve that goal.”

The Gurjars are working with Reliance Retail, the retail arm of Mukesh Ambani-led petroleum-to-fashion conglomerate, Reliance Industries (RIL), to extend the shelf life of kachoras—a speciality of the region—so that they can be sold across the country in stores including those run by India’s largest retailer. Also in the works is chocolate barfi, a traditional sweet by Chawannilal that got its name from being roasted deep brown.

And the Gurjars are not alone. Around 50 regional sweet makers—from Doodh Mishtan Bhandar (DMB) in Jaipur and Lal Sweets in Mysore to Prabhuji & Bikharam Chandmal in West Bengal—have partnered with the retailer to mass produce and hygienically pack traditional sweets—Naru, Mihidana laddoo, Kaju Katli, Dharwad peda or even Malpuas.

Also read: From sweets to a university, Punjab's Lovely Group is far from done

Interestingly, Reliance Retail has created multiple bays and free-standing units for traditional sweets in its stores, similar to what modern trade has been doing for chocolates and confectionery. The retailer is currently selling over 500 SKUs comprising 100 varieties of traditional sweets. Prabhuji, for instance, has created 25 varieties of packaged sweets for Reliance stores in Kolkata.

“We want to become the largest halwai in India with sales surpassing that of chocolates by 10 times,” said Damodar Mall, CEO, Grocery Retail at Reliance Retail. “We want to democratise traditional sweets and not relegate a particular variety to a region.”

The Mumbai-headquartered retailer has sold more packs of Kaju Katli this year than chocolate gift packs. Kaju Katli accounted for 10 percent of all sweets and chocolates sold across its stores, showed data from the company. While chocolate is still ahead with a 12 percent share, the company estimates that the sales of traditional sweets in its stores will increase five times this year over 2019.

“Your tradition could be my modernity. Just take the example of Mexican food,” said Mall. “Rasgullas, which is a tradition in West Bengal or Orissa, could well become an exotic dessert for a consumer in Tamil Nadu. The idea is to take consumption of traditional sweets beyond seasonal opportunity.”

Apart from large packs, Reliance Retail is also helping regional sweet makers develop single-serve packs that may find their way to kirana stores in the future. This could lead to a consumer picking up a small pack of desi Mysore Pak or laddoo over perhaps a bar of dark chocolate from Ghana.

Reliance’s bet on tradition is based on the fact that the Indian packaged sweets market, currently pegged at around Rs 4,500 crore, is expected to grow around 19 percent annually and touch around Rs 13,000 crore in five years, according to industry estimates. And being largely unorganised with hundreds of specialised local players, the Rs 50,000 crore domestic sweets industry promises a huge headroom for growth.

In comparison, the Indian chocolate market, dominated by the likes of Mondelez, Mars and Ferrero, is estimated to reach around Rs 31,000 crore during the same period at a CAGR of around 9 percent.

“Our sales have doubled over two years since the tie-up with Reliance because the company has given us the know-how of automation and mass production,” said Rahul Sharma, director at Jaipur-based DMB, which has developed canned malpua, a traditional sweet of sugar syrup coated pancakes. “For local halwais such as us, Reliance has provided a national platform. Otherwise, the only sweets that made it national earlier were only canned gulab jamuns and rasgullas.”

Back in Nasirabad, Hitesh smiled as he cranked his scooter to life to check on the plant, which he said, has started running to almost full capacity after the Chawannilal-Reliance partnership.

“The Delhi-Jaipur highway is a nightmare, especially in the rains. Next time, maybe you don’t have to travel so far. Just check your neighbourhood Reliance store for our kachoras,” he said.

1,545
Thank you for your comment, we value your opinion and the time you took to write to us!