Why the brain will always win in the battle against AI 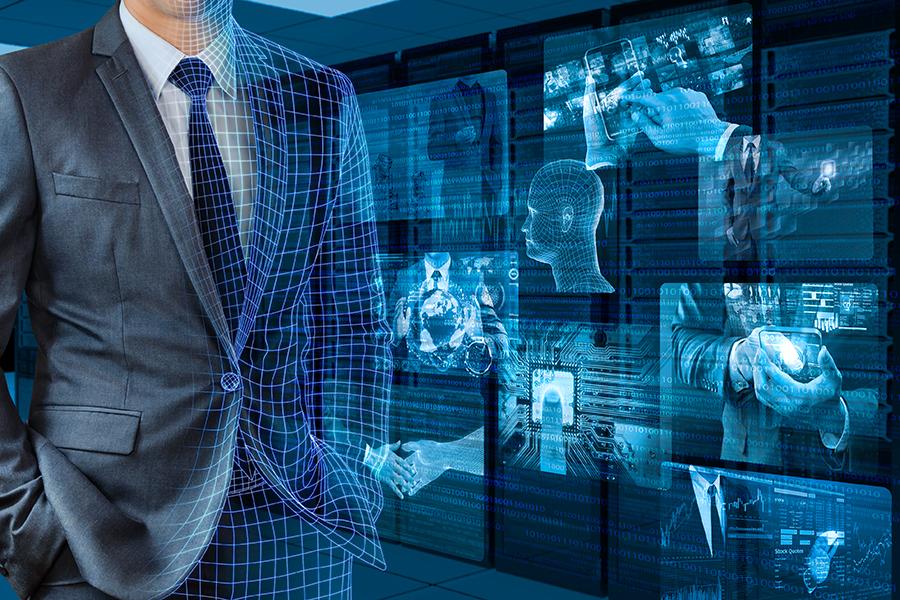 We, humans, are the only species that “thinks about thinking”.

Douglas Hofstadter said, “It is an inherent property of intelligence that it can jump out of the task which it is performing, and survey what it has done”. To my mind, this observation should also be our hope and prayer. Nuclear war, environmental disaster, religious fanaticism, species loss and much more are all the doing of the ‘intelligent man'.

But here, as a marketer and business leader, I am going to discuss human creative intelligence in the context of the relentless advance of Artificial Intelligence (AI). In particular, I want to zoom into Emotional Quotient (EQ) and the appreciation of subjectivity where humans have an advantage over machines.

What we call ‘intelligence’ is an activity of the brain. The outcome of that activity forms our ‘mind’ about things. Even when we sleep, our intelligence is awake and our mind is being formed. In this context, we must pay attention to the concept of duality as the first level of multivariate analysis. A hallmark of intelligence is the willingness to change one's mind. Humans can think in terms of ranges, options and spectral possibilities. Machines are only about specificity and exactness. Computing doesn’t entertain opinion.

Yet, calculation is merely one aspect of our mental ability. It has been exaggerated in our education system. This kind of logic-based intelligence is quite self-conscious. We are assessed for deductive ability. We are tutored to think and know but not trained to ‘think about thinking’ or ‘know about not knowing’. We are barely taught any self-awareness. Emotional Intelligence is neglected. We are coached in analytical hindsight and acquire a punter’s foresight based on the computation of odds. No one educates us on esteem, gratification, empathy, or seduction. We learn these things by ourselves.

The irony is that machines have beaten us on all those aspects that we acquire via structured learning and tutoring. It is in the emotional, subjective and artistic areas that mankind holds the advantage. The Intelligence Quotient (IQ) is an overused, overvalued metric. The modern survivalist definition of intelligence is ‘what you use when you don't know what to do.’ Here tested IQ is of little consequence.

Mankind cannot be numerically queued up from Ape to GeniusWhat is the measure of genius? IQ cannot measure the moves of the ballerina, the deal-sniffing acumen of a salesman, the musical sense of a virtuoso performer or the visual intelligence of a sculptor. Man has the ability to mentally accommodate subjective as well as objective processes. We are comfortable with the unpredictable and the irrational. That is precious ability. One can see the mockery we have made of progress. Man pursued machine-like logical, numerical, precision. Then the machines went far ahead.

In the 1940s, Alan Matheson Turing predicted that humans would have conversations with computers by the year 2000. But AI today lacks artifice. It can't tell convenient lies, cannot be polite for politeness’s sake and so on. In comparison, human brains are kaleidoscopes. We turn the configuration over and over again. Every sense, smell, emotion changes our brain. Computers do not unconsciously change. The machine world is not designed for ambiguity.

When we say one is brain dead, brainless or brainwashed, we refer to this ability to determine, to synthesize. In these cases, we are not referring to the brain as the organ or apparatus but to the associative ability.

Computers can think but they cannot winkGödel's theorem stated, "no system can explain itself; no machine can understand its own working”.

What is called the mind cannot be fully seen in the mind's eye,t We are mindful and mindless in equal measure. Those who are single-minded are not necessarily simple-minded. Many genius minds have been absent-minded. This is the genius of human intelligence which a machine cannot replicate.

Lastly, much of human intelligence is unconscious and subconscious. Active processing is the latter part of the domino chain. Much of inspiration is unsought. Plato said, "When the gentler part the soul slumbers and the control of reason is withdrawn, the wild within us becomes rampant.”

Man will always drive the machine. But to ensure it is not the other way around, promote the curious, tolerate subjectivity and reward the witty

There is more to the brain than AI.

6,458
Thank you for your comment, we value your opinion and the time you took to write to us!

Tweets by @forbesindia
Prev
India can ensure the future is not humans vs AI, but humans enabled by AI
Next
Order-to-create software: Can app development be as easy as ordering a pizza?