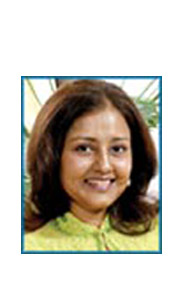 Media-shy heir of pharma fortune chairs privately held USV India, which is run by her husband, Prashant, an Indian Institute of Technology grad who studied mechanical engineering at Cornell University in the U.S. The company was started by her late father as a joint venture with Revlon in 1961. USV specializes in diabetic and cardiovascular drugs, with a portfolio that spans biosimilar drugs and injectables and active pharmaceutical ingredients. Son Vilas, who founded a gaming outfit in Los Angeles, has a board seat.