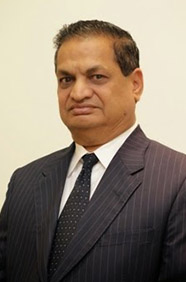 Cofounder of Ajanta Pharmaceuticals, which he controls with his 2 siblings, gained as the company's shares jumped 40% in the past year on rising sales in India and Africa, its biggest market. The generics maker, which has a presence in more than 30 countries in Asia and Africa, is slowly establishing a foothold in the U.S. The $260 million (revenue) firm has invested $60 million in a new formulations plant in Guwahati in northeastern India. U.S.-educated sons, Yogesh and Rajesh, run the company.