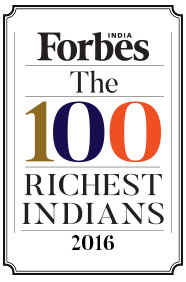 His Aurobindo Pharma, which gets 85% of its $2.1 billion revenue from international markets, saw its shares fall in February after a U.S. FDA inspection resulted in adverse observations about one of its factories that makes antiretroviral drugs. The company responded to the FDA's concerns and subsequently got an approval from the American regulator. The stock got a boost after the company reported rising profits in a recent quarter on higher sales. Aurobindo is among the 2 short-listed bidders for Israeli firm Teva Pharmaceutical Industries' portfolio of drugs in the U.K., Ireland and Iceland.