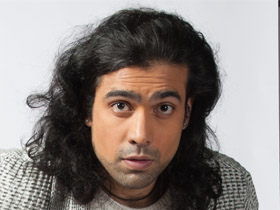 Dehradun-born Jubin Nautiyal knew he wanted to be a singer right from a young age. To ensure that he learnt singing, and learnt it well, he opted for Hindustani Classical music lessons in school and college. "It convinces people around you that you are serious about it," says the singer who recently brought in his own twist to the remix of AR Rahman's 'Humma Humma' for OK Jaanu (2017). The song had garnered 222 million hits on YouTube at last count.

Although he has picked up skills from various maestros—Pandit Chhannulal Mishra in Benaras, an exponent of the khayal and the thumri, R Prasanna, a pioneer in Carnatic guitar—Nautiyal has been focussed on being a playback singer. "That was the first target, because it is the biggest platform," he says.

He got a break in Bollywood in 2014 and a chance to work with Shreya Ghoshal ('Samandar Main' in the 2015 film Kis Kisko Pyaar Karoon) and Sunidhi Chauhan ('Tere Liye' in the 2016 film Fitoor), two people he had always wanted to perform with. "I would have loved to sing with Amy Winehouse," he adds. That will have to remain a dream.

Music composer Chirantan Bhatt, who worked with Nautiyal for the song 'Bawara Mann' in the film Jolly LLB2, says, "More than getting a break in Bollywood, Jubin has always been devoted to music. And the hits he has delivered have not changed this devotion. He sings with a soul."

Nautiyal was awarded the Upcoming Male Vocalist of the Year at the 8th Mirchi Music Awards in 2016 for 'Zindagi Kuch Toh Bata' from Bajrangi Bhaijaan (2015), a song he says was one of his most challenging since it went beyond the usual romantic ballad, and expressed emotions about life.