It’s still possible to make money in the airline industry 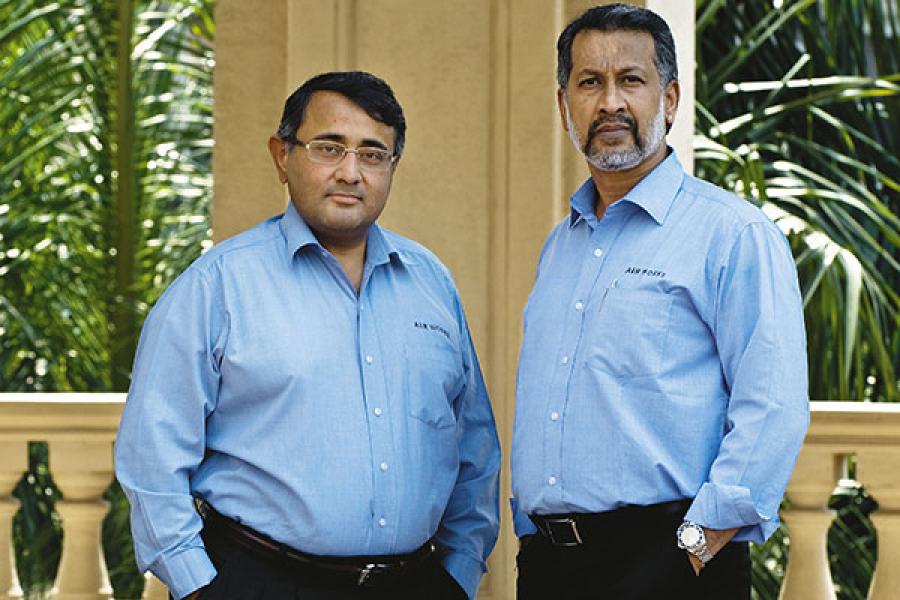 Sixty-year-old Air Works Engineering is a leading provider of aircraft services with its presence in 20 cities. The company is certified to maintain 50 different types of aircraft—ranging from small, single-engine machines to turboprops and the B737s and A320s that are the mainstays of domestic airlines. Air Works moved into the fast lane in 2007 when the founding family, the Menons, realised it needed capital and professional management. GTI Capital, a New York-based venture capital and private equity firm, and construction and engineering firm Punj Lloyd came in first, investing $10 million each. Other investors like Silicon Valley-based venture firm NEA and Elephant Capital followed. The Menon family stake is now down to about 9 percent.

The new management was led first by Suresh Soni, the man who recognised Air Works for the hidden gem it was. Soni began investing in equipment to build capability and diversifying the business overseas. He began with a majority stake in the UK-based aircraft paint and refinishing company, Air Livery. Air Works also built its own paint facilities at Hosur in Karnataka. Painting now accounts for 30 percent of the business.

In 2010, Soni handed over the reins to Vivek Gour, who came in as an investor as well as the managing director. Gour, who was earlier the CFO of IT BPO Genpact, did not have any aviation background. Air Works has completed the transition to a professionally-run company on his watch. Earlier this year, the company paid Rs 120 crore to pick up a majority stake in Dubai-based Empire Aviation Services, which specialises in aircraft management, sales, charter and finance.

The top line has grown from about Rs 20 crore in FY07, when it was a family-run outfit, to Rs 271 crore in FY12. Gour is hoping to be able to end this financial year with Rs 300 crore. His vision is to grow to a Rs 1,000 crore company over the next four years.

The next big spurt could well come from the defence sector. The Indian Air Force is building its fleet of transport aircraft and tankers. Air Works is hoping to pitch for their maintenance with Punj Lloyd’s defence arm.

The Man behind it
Ravi Menon, executive director of Air Works, probably has jet fuel running through his veins. The second generation aviation entrepreneur is a trained pilot and an aircraft engineer. He is also an authority on business jets—consulted by owners and aspiring owners on where, how and which aircraft to buy. He has flown and maintained planes since his teens, finding his wings at the outfit founded by his father and uncle. He is closely involved with the business, building on relationships established over half a century.

Why it is a gem
At the company’s core are relationships with customers and its knowledge of the Indian regulatory system. It has links with a large number of original equipment manufacturers (OEMs), allowing aircraft owners to find support at 12 Indian airports—far more than any of its rivals. It is India’s only EASA-certified maintenance, repair and overhaul (MRO) provider with approvals for ATR 42/72, Airbus A320, and Boeing 737 Classic/NG series of aircraft. Air Works is an authorised service centre for Agusta Westland, Bell Helicopter, Bombardier, Dassault Falcon, Embraer, Garmin, Gulfstream, Hawker Beechcraft, Honeywell, and Rockwell Collins.

Why It was hidden
The aircraft maintenance business is not very high profile, says Luv Chhabra, chairman of the Air Works board. For decades, it was growing only at 2 percent to 4 percent every year. It is slowly deepening its capabilities through high-margin, heavy maintenance. It is also broadening its activities and geographic spread.

Risks and challenges
The biggest challenge is to get business from domestic airlines like IndiGo and SpiceJet. Air Works (and Indian MRO outfits) have a big tax disadvantage versus competition in the region. The 12 percent service tax, 19 percent import duty on spares and 36 percent airport cess (in the western region) are designed to kill the industry, says Gour. Airlines prefer to send their planes to Sri Lanka and Singapore rather than use Indian MROs. Despite lobbying for a change, there has been no change in policy. Air Works is drawing up plans to set up a hangar at the new Dubai airport, where duties are much lower.  Indian airlines can fly in the aircraft there for the major checks, Gour says.