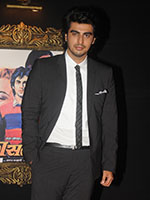 Arjun Kapoor
Arjun Kapoor, 29, debuts on our 2014 Forbes India Celebrity 100 list at an impressive 63, considering that he is still a newcomer actor. The son of producer Boney Kapoor, he had two hits this year—2 States and Finding Fanny. Another release Gunday was an above average earner at the box office. Kapoor scored heavily in the fame quotient, while numerous high-profile endorsements added to his earnings. 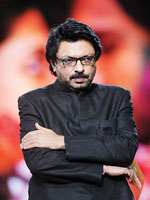 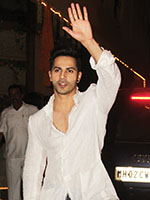 Varun Dhawan
The 27-year-old actor, who ranks 65th in the list, starred in Main Tera Hero and Humpty Sharma Ki Dulhania, which were box-office successes. One of the brightest among the young crop of actors, he is also one of the most sought after by marketers. He endorses many top brands and was also roped in as the brand ambassador of club FC Goa in the Indian Super League. 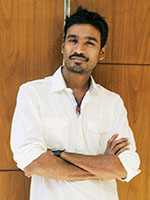 Dhanush
Dhanush’s only release this year, Velaiyilla Pattathari, raked in about Rs 50 crore worldwide, nearly 10 times the budget of the film. The 32-year-old actor-producer, ranked 78th, also kept his cash box ringing with endorsements and distribution rights. He will soon be seen sharing screen space with Amitabh Bachchan in R Balki’s Shamitabh.

Tweets by @forbesindia
Thoughts: Being a celebrity
Imtiaz Ali: The master storyteller