30 Under 30: Abhinandan Balasubramanian has got the who's who of football to play in India 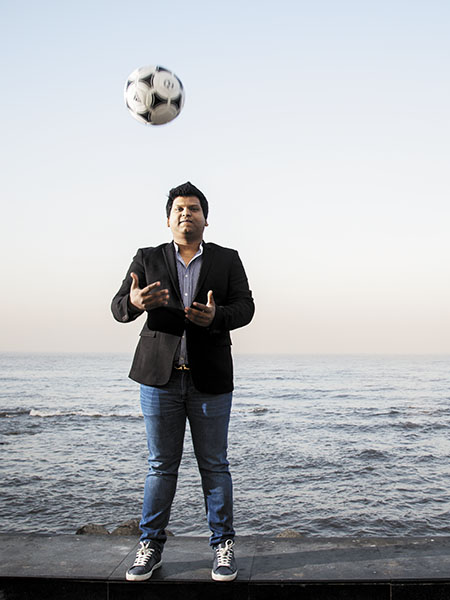 While pursuing his MBA from Warwick Business School in the UK in 2013, Abhinandan Balasubramanian submitted a research paper on the economics of running a football club and interned with Manchester United for three months. Even then, the avid football lover did not imagine that one day he would rub shoulders with the likes of Ryan Giggs, Paul Scholes and Fabio Cannavaro, and be WhatsApp buddies with many such celebrated players.

The Chennai-born Balasubramanian, 26, is CEO and owner of Premier Futsal, the first entrepreneur-led startup sports league in Asia, whose first edition in India in 2016, featuring six teams and over 50 players from 23 countries, enjoyed a robust TV viewership of over 50 million globally and 70 million-plus on social media. The fast-paced, five-a-side, 40-minute indoor game divided into four quarters of 10 minutes each is popularly referred to as the T20 of football. Of the five players, one is Indian, chosen via a talent hunt. “If you are selected, you could be playing with Ronaldinho,” says Balasubramanian, who co-founded the League with friends Dinesh Raj, 31, and Nithyashree Subban, 34. In the first couple of years, they raised Rs 120 crore from anchor investor (and chairman of Premier Futsal) Xavier Britto and Kiran Kumar, proprietor of Lalithaa Jewellery.

Premier Futsal has football legend Luis Figo as its president and Indian cricket captain Virat Kohli as co-owner. “I got involved because it is a pioneer project in India. And Abhinandan has shown that he has the capacity and skills to keep Premier Futsal one level up,” says Figo. Giggs agrees. “Abhinandan adapts to new businesses quickly and respects the stakeholders involved.”

Balasubramanian wants to launch a similar property in China in 2017-18 and then conquer the US. “That’s our final frontier. Till then, we won’t rest,” he says.

Tweets by @forbes_india
Hrithik Roshan: Into the calm
30 Under 30: At 18, Aditi Ashok is ready to rub shoulders with the biggest golfers