30 Under 30: At 18, Aditi Ashok is ready to rub shoulders with the biggest golfers 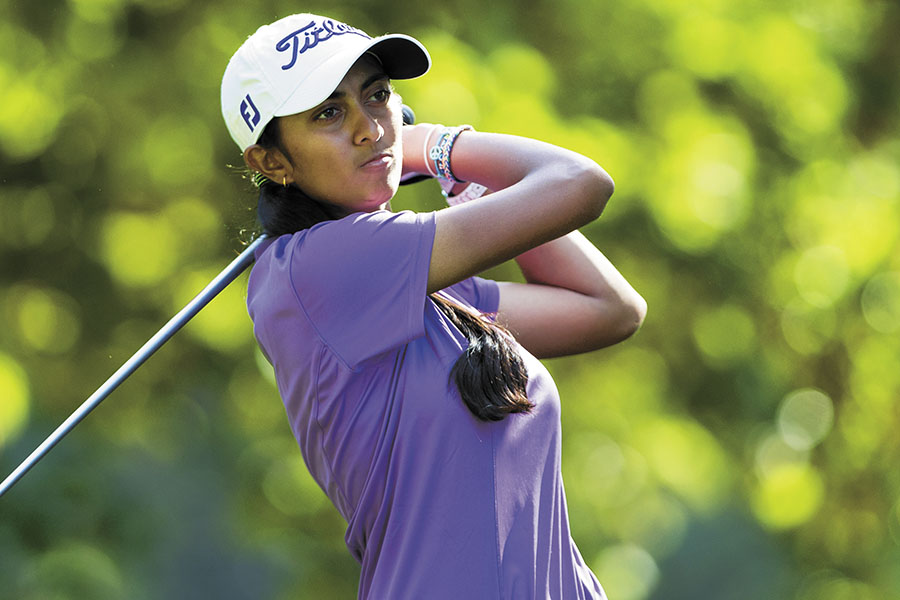 During a family outing at a restaurant opposite the Karnataka Golf Association in Bengaluru, Aditi Ashok had chanced upon a golf course for the first time. She was all of five, and knew nothing about the sport. But it piqued her interest, and her parents decided to let her have a go. “I fell in love with golf right away because every day is different in the game,” says Aditi, who started playing tournaments at seven, and convinced her dad soon enough that this is what she wanted to do.

Golf was never a popular sport in the country, and the successes of Anirban Lahiri, Gaganjeet Bhullar, Jeev Milkha Singh and Arjun Atwal were only sporadic. Besides, you could count the number of recognised women golfers on your fingers. But Aditi was undaunted. For good reason. Because, in just about a decade, at 18, she became the first Indian woman golfer to make it to the Olympics, won two consecutive titles in her first year on the Ladies European Tour (LET), earned seven Top 10 finishes and was named Rookie Of The Year in the circuit. Clearly, 2016 is a year Aditi is unlikely to forget in a hurry.

Says Nicolas Cabaret, her performance training, strength and conditioning coach, “I first met Aditi when she was 11, and I immediately saw a girl with a personality more matured than kids her age. She is one of the most dedicated athletes I’ve ever met.”

Aditi is confident that, with hard work, her game will be good enough for the best players in the world. Her golf coach Steven Giuliano bets big on her “unwavering self belief”. The teenager likes setting goals for herself, a strategy that was seconded by her idol and golfing legend Annika Sorenstam. It worked when, four years ago, during the London Olympics, she vowed to make it to Rio. “It also taught me that goals can be achieved with hard work and planning,” she says.

Aditi wants to end up playing in the Ladies Professional Golf Association (LPGA) and win some titles in the prestigious tour. If this year is anything to go by, she is well on course.

Tweets by @forbes_india
30 Under 30: Abhinandan Balasubramanian has got the who's who of football to play in India
Ten interesting things that we read last week