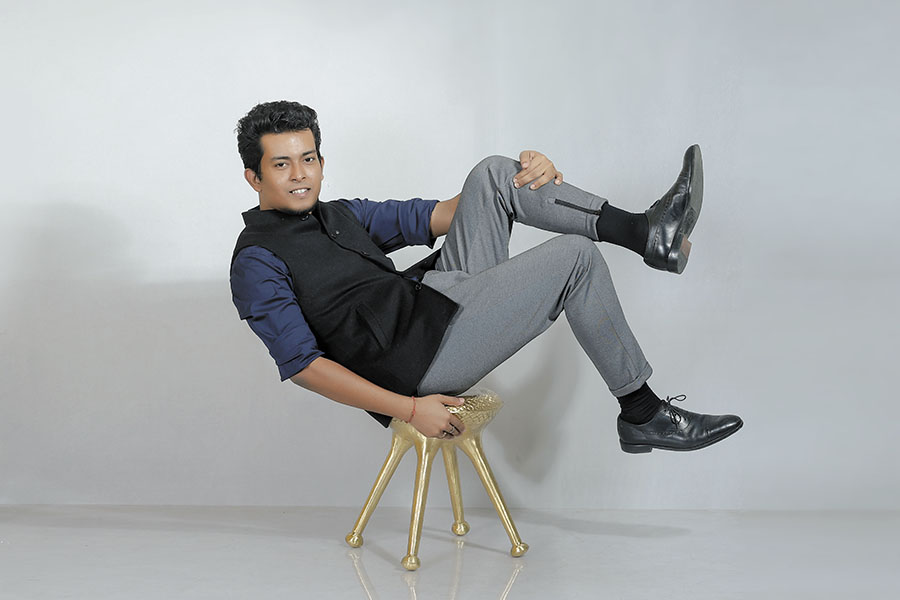 Ranjan Bordoloi | 27
Founder and creative director, Studio Bordoloi
Last October, at the Red Dot Award: Design Concept 2017, Guwahati-based designer Ranjan Bordoloi was the only Indian to walk away with two awards, including the Best of the Best, in the furniture category. His collection ‘Pitoloi’ comprised small stools and a barstool, was made by cutting sheets of brass and given shape by wooden moulds, with the small pieces joined by an ancient floor-based coal welding technique.

Bordoloi, who has done a course in Furniture and Interior Design from IIT Guwahati, says he came up with the idea of using brass during his college days when he was exploring different materials and production techniques. A Pitoloi chair, created for his final year graduation project, won the Park Elle Decor Student Award, 2015 (the best use of traditional material). Showcased at India Design ID in February 2015, his work was also spotted by Giulio Cappellini, art director of Milan-based Italian design firm Cappellini, and he was selected to showcase at the Salone del Mobile in Milan in April 2015.

Bordoloi works with brass to revive the dying ancient craft of making utensils and artefacts by hammering the alloy—traditionally practised by a community of Assamese artisans. “Currently my work is very artisanal, but going forward, I would also like to get into industry, combine a high-tech production facility in the form of robots with artisans,” says Bordoloi.

“What impressed me about Ranjan Bordoloi’s work is his sensitivity towards the materials. His projects are never obvious, but they are able to mix contemporary and innovative forms by using manufacturing techniques belonging to the artisan tradition of his country,” says Cappellini.

Bordoloi was also one of the winners of the Godrej Design Lab 2016 competition where he won for his edgy Kaathfula chair, inspired by the shape of a mushroom.