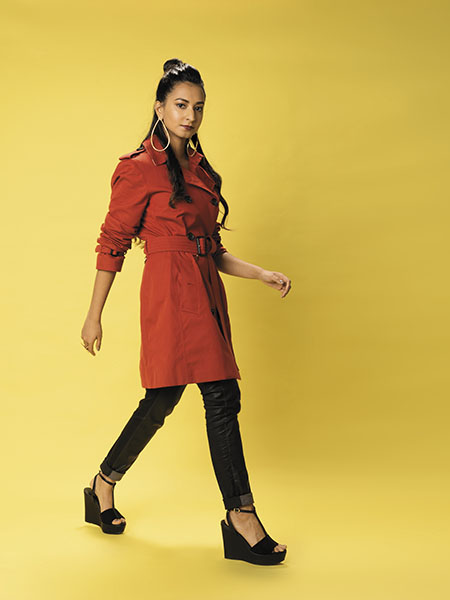 Suhani Parekh | 26
Founder, creative director, Misho
Suhani Parekh trained to be a sculptor at Goldsmiths, University of London, but instead of placing her sculptures on a plinth, she decided to model them on the body. She was working with metals and was fascinated by how an object could, as she puts it, “activate the space of the body”. On her return to India, Parekh did a stint with architect and interior designer Ashiesh Shah, as part of his design team. She continued making jewellery, combining traditional silversmithing with contemporary techniques, and soon found her niche in the intersection of sculpture, architecture and design.

Parekh launched her label Misho in 2016, and recognition and awards soon followed. In March 2016 she bagged the Grazia Young Fashion Award followed by the Elle Graduates award in January 2017. Parekh and her brand also twice made it to the pages of Vogue Paris and her jewellery, worn by Rihanna, was on the cover of Vogue Arabia. She also won the Elle Style Awards 2017.

“I feel I have overcome a massive barrier in the way aesthetics, fashion and jewellery are perceived in our country. My approach to design is experimental and unconventional,” says Parekh. From people saying, “It looks really good, but I don’t know if I could pull it off”, to a lot of people becoming open to experimenting  and wanting something unique and customised has been a happy journey for Parekh.

Fashion designer Gaurav Gupta, who got an ear cuff custom-designed by Parekh, says, “I think Suhani is a contemporary Indian designer with a global outlook. I like her sense of avant-garde, and there is an edge to her sensibilities. The jewellery she makes has a very simplistic yet differentiated appeal to it.”