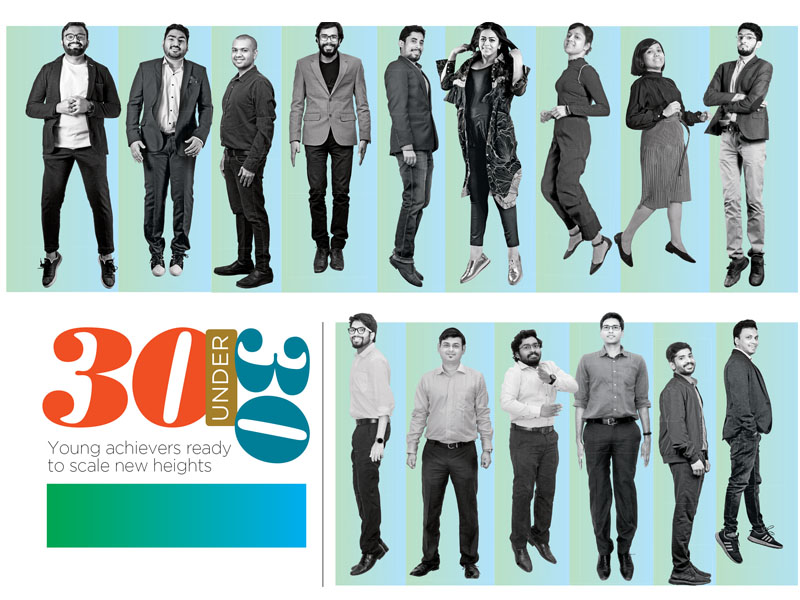 Now in its sixth edition, the Forbes India 30 Under 30 List accentuates what we want to know: That the country’s young business leaders and professionals have pulled their way beyond passion, grit and potential. Entrepreneurs are seeing the impact of India’s growing internet boom and smartphone connectivity in sustainable B2B models. Sportspersons and those in the entertainment world are setting new benchmarks. Also, it’s not just about putting up a prolific performance in a year. Everyone, especially those from creative fields like design and fashion, understands that one needs to consistently deliver the goods to have a solid body of work that can be spoken about in glowing terms.

As with previous years, we have steered clear of considering well-established names, next-generation entrepreneurs at the helm of family-run businesses or those with an influential lineage. Through our own research and conversations with industry experts, we short-listed names—from a long list of about 175 people—to just 30 that met our broad criteria: The impact of achievement, ability to disrupt the system and innovate, scalability of the business and potential to emerge as a winner.

This year, we have introduced new categories (taking the total to 16 compared to 15 in 2018)—industry, manufacturing and energy, advertising, marketing and media’ and agriculture—and bifurcated some from last year. Several promising names such as LetsTransport and Wakefit emerged from these sectors, which could not be ignored.

Many of those profiled this year have already tasted success, but have not let stardom affect them. Take, for instance, actor Vijay Deverakonda, a rising star in Telugu cinema, who consciously tries to remain sane for his own good. He is simple, grounded and clear of the path that he wants to take. Or athlete Hima Das for whom success means about setting newer goals and achieving them.

Companies, too, are looking at the larger picture. In the case of smallcase, a finance firm led by IITians Vasanth Kamath, Anugrah Shrivastava and Rohan Gupta, the venture is not just selling products but also changing the way people invest. Technology continues to impact agriculture in a major way and Ninjacart, led by Kartheeswaran KK, Sharath Loganathan and Ashutosh Vikram, is ensuring retailers get fresh fruits and vegetables directly from farmers. The same alacrity is shown by Lal10 co-founders Maneet Gohil, Sanchit Govil and Albin Jose who help hotels and departmental chains source products in quick time from rural artisans.

Apart from the names featured this year, our class of 2018 shows that they have lived up to their promise. Actor Vicky Kaushal and cricketer Jasprit Bumrah had a stellar 2018. We’ll most likely hear more about our 2019 choices next year too.

This helped us arrive at a longlist of over 300 names across 16 categories. The next step was narrowing down to a ‘short longlist’—the names most likely to make it to the top 30. This pool of about 175 names was decided in consultation with experts. The last stage was finalising 30 people. Armed with expert views, the Forbes India editorial team debated, argued and vetoed its way down to the final 30. We realised there were some others who deserved to be featured under ‘Watch out for’.

We have only considered for selection those who were under the age of 30 as on December 31, 2018 (the cutoff date for selection of the list). Thus, in the case of enterprises which have several co-founders, we have considered only those where at least one of them is under 30.

In the case of entrepreneurial firms where there are several co-founders, Forbes India considers these to be a singular entity.

Tweets by @forbesindia
30 Under 30: You're never too young
Decoding 'jugaad', India's unique brand of innovation'