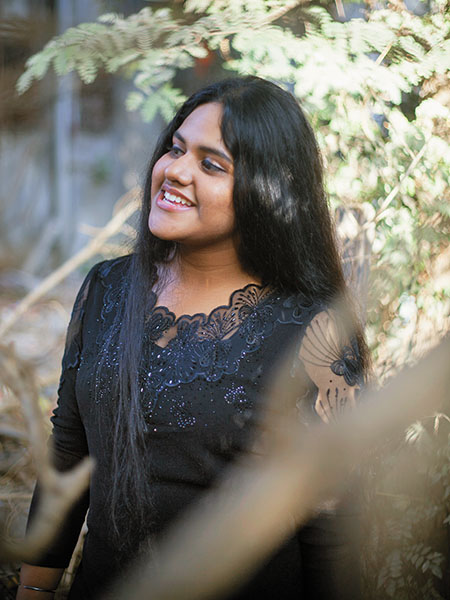 The title of the film with which she made her playback singing debut in Bollywood could well apply to her. Meghna Mishra won several hearts with her soulful renditions in Secret Superstar (2017), which was produced by Aamir Khan and wife Kiran Rao. The then-16-year-old sung five of the eight songs in the film, but two—‘Nachdi Phira’ and ‘Main Kaun Hoon’—became popular, amassing 19 million-plus views on YouTube.

Though her family hails from Ghazipur in Uttar Pradesh, Mishra was born and brought up in Mumbai. Music has been an integral part of her life since childhood. Her father is a classical music teacher and her mentor too. Prior to Secret Superstar, Mishra had sung two songs for the Marathi film Vitti Dandu (2014). The former, however, brought her instant recognition. “I was awestruck when I got to know that I was chosen as a playback singer for Aamir Sir’s movie. It was like a dream come true,” says Mishra, who draws inspiration from legends like Lata Mangeshkar, Asha Bhosle and Mohammed Rafi.

Such was the impact of her songs that the teenager bagged a raft of awards in 2018, including Filmfare and IIFA. Her YouTube channel has more than 5.3K subscribers.

Amit Trivedi, who was the music director of Secret Superstar, says. “Meghna has a beautiful voice. I liked her tonality and her voice also fits that of the protagonist in the film.”

Mishra now performs solo at events and with Trivedi too. But playback singing hasn’t taken a backseat. She has sung two songs for the Bengali movie Tritiyo Adhyay, scheduled to release this year.