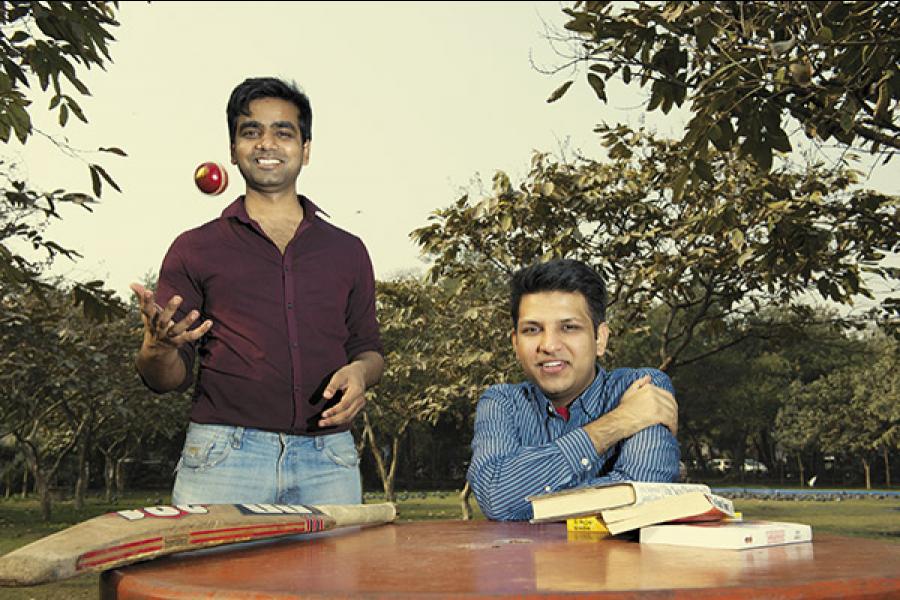 Image: Amit verma
Gupta (left) is a cricket buff, while Goyal is an avid quizzer

Himanshu Gupta would not have been a part of Sustainable Growth Initiative (SGI), a startup that advises corporates and governments on energy security and works towards low carbon emissions, had he accepted a corporate job he was offered in 2014.

“It was my first day at work and I was at the gate of the Gurgaon office of a top renewable energy producer. But I was still in doubt and felt this was the time to experiment with new ideas,” says Gupta.

From the office gate, he called up his now business partner Shrey Goyal, who had experience working in the solar and bio-mass space. “We discussed a startup idea and I went back home and dropped a regret email to my employer,” says Gupta, the youngest Indian to write a chapter on renewable energy in India’s 12th Five Year Plan (2012-17).

SGI was launched in 2014, providing products and consultancy services to governments and CEOs to make a cost-effective transition to a low-carbon economy. Goyal spoke at the recently concluded COP 21 climate conference in Paris and is discussing projects in Germany and the UK.

Says Trupti Jain, founder and director of Naireeta Services: “SGI brings unique expertise in the technical, policy, social and human components of challenges faced in the fight against climate change.”

“As part of the Australia-India Youth Dialogues, SGI is working on projects centred on energy cooperation between the two countries,” says Goyal.

Goyal and Gupta plan to expand SGI’s advisory scope to North and South America by 2017. The venture has garnered revenues of around Rs 25 lakh in 2015, up from Rs 15 lakh in 2014: A clear sign that the fledgling company is on its way to sustainability, in more ways than one.