For Cafe Lota's Rahul Dua, 28, a modern take on Indian cuisine, seasonal produce and attention to detail are the ingredients of success 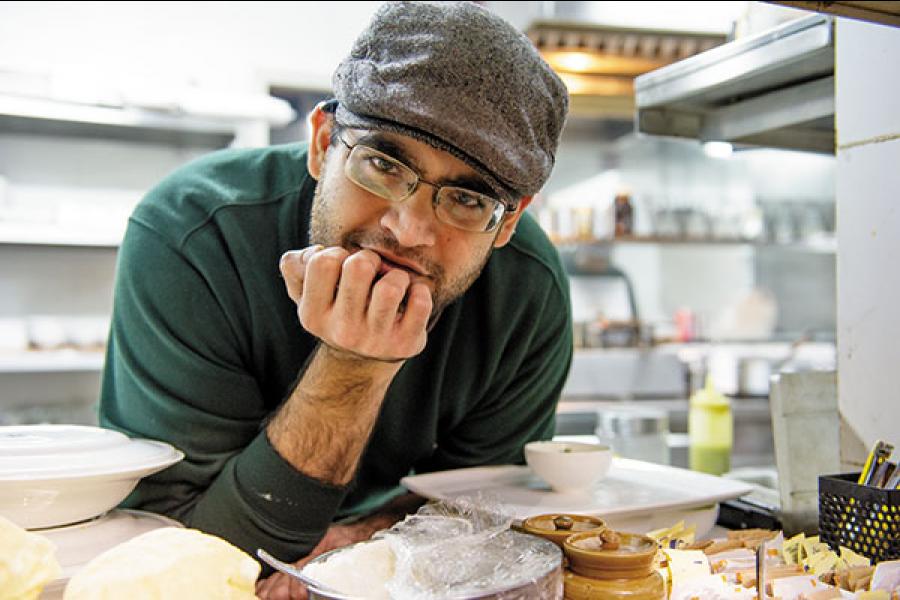 
Restaurateur Rahul Dua of Delhi’s Cafe Lota is a fan of Gordon Ramsay, the Michelin-star celebrity chef famous for his fiery temper and equally explosive reality TV shows. “I have watched every one of his shows,” says Dua, who only recently discovered his passion for experimenting in the kitchen.

His restaurant, which takes pride in using seasonal produce to give a contemporary twist to traditional Indian cuisine, has an unusual location—inside the National Crafts Museum in Pragati Maidan.

Within a span of 15 months—it opened in October 2013—Cafe Lota has become popular with locals and tourists. It has a high 4.4 user rating on Zomato, and is listed as the fourteenth best restaurant in Delhi on TripAdvisor. “The other restaurants in TripAdvisor’s top-15 list are all 5-star hotels,” says 28-year-old Dua. He credits Cafe Lota’s success to its food. “Our food is undoubtedly the star.”

Food can make or break a chef. And this lesson was drilled into him when he was head sommelier at Ramsay’s Dubai restaurant, Verre, which shut down a few years ago.

“I have seen chefs at Verre check the softness and temperature of all the complimentary bread that went out of the kitchen. They never compromised on quality,” says Dua, who worked there for two years. He strives to bring this passion for perfection to Cafe Lota.

In many ways, the menu is a reinterpretation of regional Indian cuisines that Dua loved as a child. Breakfast dishes like keema paratha and mushroom uttapam rub shoulders with railway masala omelette pao. It doesn’t limit itself to any one region, either, which could explain why a traditional Kerala stew and a Parsi salli boti are both part of the main course.

“As I child, I lived in Delhi, Bangalore, Aurangabad and Pune. Most of the items on the menu are dishes that I have enjoyed, but I’ve reinvented them,” says Dua. Here, the south Indian dish Chicken-65 comes nestled in an appalam (thin wafer usually made from black gram). “We mould the appalam into the shape of a bowl and place the Chicken-65 in it,” says Dua.

He shies away from using ingredients like asparagus that are often used to give dishes a more European feel. Instead, the menu celebrates local produce. In summer, Dua serves fish curry with mango but in winter, fish is served with kokum (a sweet-sour fruit that grows in the Western Ghats).

Going local is a part of his business strategy to keep prices competitive. (A diner can expect to spend an average of Rs 700 per head for a multi-course meal.)

He adds a new item to the menu every two weeks or so. “Around 70 percent of my customers are regulars, and I don’t want them to get bored,” says Dua, while seated on one of the vacant tables in the restaurant. (It’s 3.30 pm and there’s a lull after the lunch rush.) A waiter presents him with a bottle of chilled soda which, Dua says, could be the base of a new dish. “I am trying to see if I can make an Indian version of tempura with okra. The soda is added to the batter.”

Dua wasn’t always passionate about food. Until two years ago, the only thing he could rustle up in the kitchen was a fried egg. “It was the passion of chefs at Verre that made me take an interest in cooking,” says Dua, who did not specialise in catering even as a student at the Institute of Hotel Management, Aurangabad. His desire to experiment with food grew after he returned to India in January 2013. “I wanted to open a restaurant, so I started learning the basics of cooking from my mother,” he says.

While still debating his business plans, he approached the owners of Roots-Cafe in the Park, a restaurant in Gurgaon, for an opportunity to work in the kitchen for 15 days for free; in exchange he offered to streamline their restaurant management processes. “I was a frequent diner there and thought it would be a good experience to work in a restaurant’s kitchen,” says Dua. Roots specialises in Indian food and its highly rated menu offers simple items such as poha and upma to more elaborate rice-based dishes.

Ashish Arora, who owns Roots with entrepreneurs Rajesh Ojha and Ayona Sinha, says, “Rahul helped us a lot in streamlining our processes and even added items to the menu.” The fortnight extended to two months and Dua familiarised himself with the art of cooking in a restaurant kitchen. But he doesn’t like being called chef. “I don’t know the rules of a commercial kitchen.”

When the owners of Roots were approached by the National Crafts Museum to open a restaurant, Dua offered to become a partner in the new venture. The museum wanted a restaurant that would treat its food preparation as a craft. Dua hired three chefs from Kumaon in Uttarakhand who worked with him in designing the menu, and run the kitchen. He used his mother’s recipes as building blocks.

“We created the menu by trial and error. We tried many food combinations and kept the ones that worked,” he says. Take the cafe’s popular sabudana (sago) popcorn: “It started with the idea of doing something with sabudana. We didn’t want to make the usual khichdi and vada, so we thought of making it a popcorn dish.”

The partners are happy with what Dua is doing in the kitchen. “We use fine bone china and avoid cliches such as copper plates. I would say all this is Rahul’s idea,” says Arora, who attributes their success to the young cook’s creativity. Lota has yet to show profits, but the owners say it’s only a matter of time. 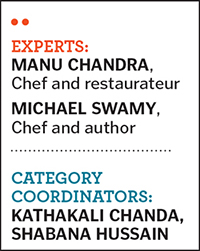 Dua recently opened a second eatery, Rustom, with his girlfriend Kaizan Rustom. Its speciality is Parsi food. His plans also include returning to his first love: Wine. After all, he is a sommelier. “I’d  like to open a wine bar. The talk around wine is so pretentious. I want people to enjoy it, like the way we drink beer or whisky,” says Dua.

Wine and good food, there’s very little wrong with that.