Seven years ago, Karthik Reddy, co-founder and managing partner, Blume Ventures, decided to fill a funding gap in India. So far, so good 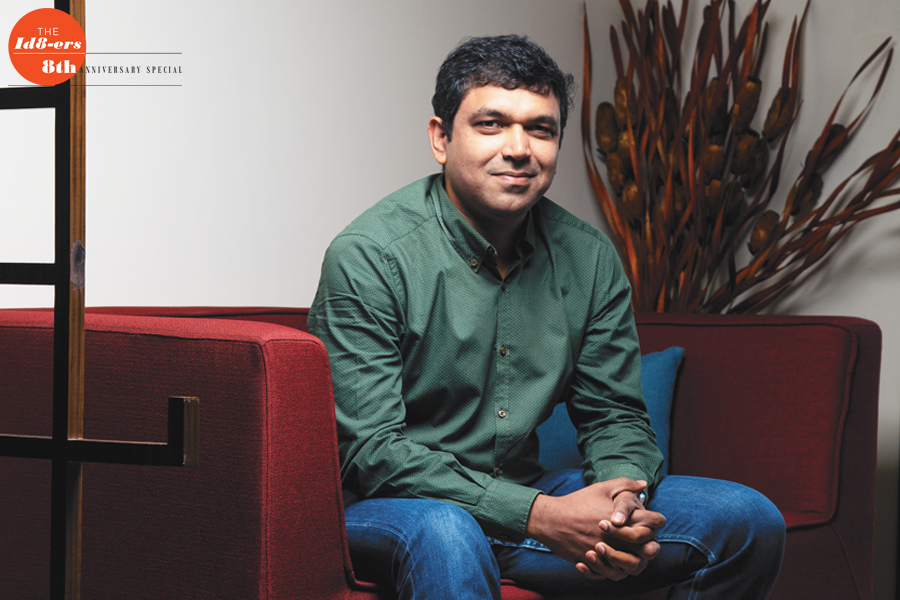 Karthik Reddy: Making more meaningful investments
Image: Joshua Navalkar
In 2007, when Karthik Reddy got his first up-close view of the Indian venture capital industry—as vice president for Brand Capital at the Times Group he invested on behalf of the group in startups through Mumbai Angels Network and India Angels Network—he noticed a “fundamental gap”: There were angel investors and there were $100 million-plus fund managers. There was nobody in between. “My idea was, ‘Can we look and feel like an angel investor, but be institutionalised in our approach?’” says Reddy, who returned to India from the US in 2006, having worked at ABN Amro Bank, Softalia and Instinet.

Reddy, an IIT Roorkee graduate who studied management at IIM Bangalore and Wharton School, was itching to do something on his own. He saw the opportunity in this gap and, in 2010, founded Blume Ventures, an early-stage seed fund, along with Sanjay Nath (45), whom he met through the Mumbai Angels Network. Nath, an alumnus of Bits Pilani and UCLA Anderson Graduate School of Management, had been an angel investor in InMobi, Svasti Microfinance and Atyourprice. He had also founded legal outsourcing firm Loxodrome in 2006, and was its CEO till its sale in 2009. With Blume, Reddy and Nath had a simple gameplan: Not lose too much money on any mistake, be very helpful to entrepreneurs, and eventually build an institution of repute.

“The inflection point was the significant change in strategy between the first and the second funds,” says Reddy (44). For the first fund, they invested in as many companies as possible, to build a strong network. The fund of Rs 100 crore was invested in 70 firms in sectors such as internet, mobile, technology and consumer brands, with no cheque more than Rs 1.25 crore. But the co-founders realised the strategy would not work for the second fund. “With a Rs 100-crore fund, and earning Rs 2 crore of fees, you can’t do much,” says Reddy. “We realised it would be non-scalable until we thought of it very differently.” He adds that they had a “very small reserve ratio [capital set aside to bet on winners]. We needed to budget better.”

Reddy and Nath invested the second fund, which closed at Rs 400 crore last year, in only 45 companies. “We are now going in for bigger equity stakes and ownership,” Reddy says. They have also budgeted for an interim, or pre-Series A round, which is “for a meaningful stake, maintaining that stake and supporting the company through the period between early-stage and Series A”.

“ With a Rs 100-cr fund, and earning Rs 2 cr of fees, you can’t do much. It would be non-scalable until we thought of it very differently

“Blume gives us the freedom to stay true to our mission,” says Pankaj Mishra, co-founder, editor-in-chief and CEO, Factor Daily, an online news portal. “Even when we question or get critical about other portfolio companies, they haven’t called us even once.”

To aid fledgling startups with services like accounting, legal, secretarial, cross border domiciling, taxation, IP and hiring, Blume launched Constellation Blu Advisory in 2013. Reddy says its staff strength is already three times that of Blume, and it has proved to be a steady source of income.

Raghunandan G, co-founder and CEO, TaxiForSure, which was acquired by Ola in 2015, says Blume treats its companies as “customers” and not part of a “portfolio”, and are “one of the friendliest VCs who offer more than just financial help”. Manish Taneja, co-founder of beauty-product etailer Purplle, agrees: “While all VC firms claim to help founders, Blume really does it. They are semi-founders, not investors.”