The idea was to start something that was Indian: Kama Ayurveda co-founder

Kama Ayurveda is 15 years old. But Vivek Sahni believes it's an idea whose time has just come 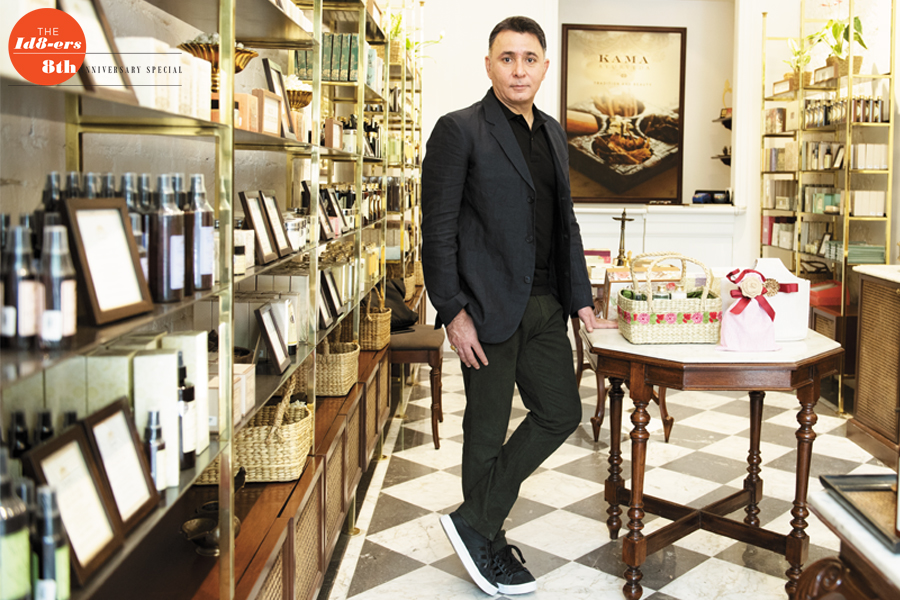 Kama Ayurveda co-founder Vivek Sahni
Image: Amit Verma
Even though Kama Ayurveda was launched in 2002, its co-founder Vivek Sahni likes to call it a startup. “We just recently got serious about the business,” he tells Forbes India in his tastefully done-up cabin at the Kama office, nestled in a residential colony in central Delhi. “The original idea wasn’t to mint money from the brand.”

Sahni, an alumnus of Parsons School of Design, New York, had set up a graphic design company, Vivek Sahni Design, in 1993 and ran it along with business partner Dave Chang. “There we did many things. We designed logos, did packaging work and made coffee-table books, among other things. In 1998, we also worked on a project with the government for the Khadi and Village Industries Commission to revive the Khadi brand,” says Sahni.

The “Khadi exposure” helped him gain knowledge about natural cosmetic products, says Sahni, who was inspired to launch an innately Indian ayurvedic brand a few years later. “It was a two-year project that culminated in the launch of the flagship Khadi store in Delhi in the year 2000. And it was during that time that we worked with manufacturers and helped train people to source the best products,” he says.

Graphic design continued to be the core business when Sahni launched a few basic skincare products under the Kama Ayurveda brand along with Chang and two more business partners, Rajshree Pathy and Vikram Goyal. They initially sourced and manufactured the ayurvedic products from Coimbatore in Tamil Nadu. (Now, they also get it from Madurai.) Adept at packaging, they designed the brand themselves.

“The idea was to start something that was Indian, a recognised science and that worked,” says Sahni. The turning point came in 2005 when they bagged orders from five-star hotels in Delhi such as The Oberoi and The Park Hotels to supply toiletries. This helped them market their products and build a customer base that was both domestic and international. “We used all our contacts to reach the right people. Some were through friends, through friends of friends, relatives, all of them,” says Sahni.

Despite gaining popularity, the Kama founders decided to lie low for almost a decade till they launched their first store in Delhi’s upscale Khan Market in 2012. “As long as we could pay the rent and pay the people who took care of the store, we were okay,” says Sahni. Today, Kama has 22 retail outlets across the country. A majority of these are brand exclusive stores, while its products are also available at select retail outlets such as Good Earth, Taj Khazana and The Box at The Park Hotels. Besides, Kama products are also available in 36 countries worldwide through international distribution. The startup raised an undisclosed amount from Lighthouse Emerging India Investors in 2014.

It is a good time to be in the business. “The wellness and beauty sector in India has witnessed significant growth and continues to have growth potential, especially in areas of alternative [medicine] and natural alternatives like ayurveda,” says Raja Lahiri, partner at Grant Thornton India. “In some manner, it is going back to the roots and therein lies the differentiator and that’s what attracts customers. Private equity funds have been actively investing in this sector and, in my view, differentiated players would be well-positioned to attract investments given the growth potential.”

So it is also a good time to take the business seriously for Sahni, who is as tight-lipped about his revenues as he is about his age. “It’s just a number,” he says, smiling.