German engineering in commercial vehicles and what to expect 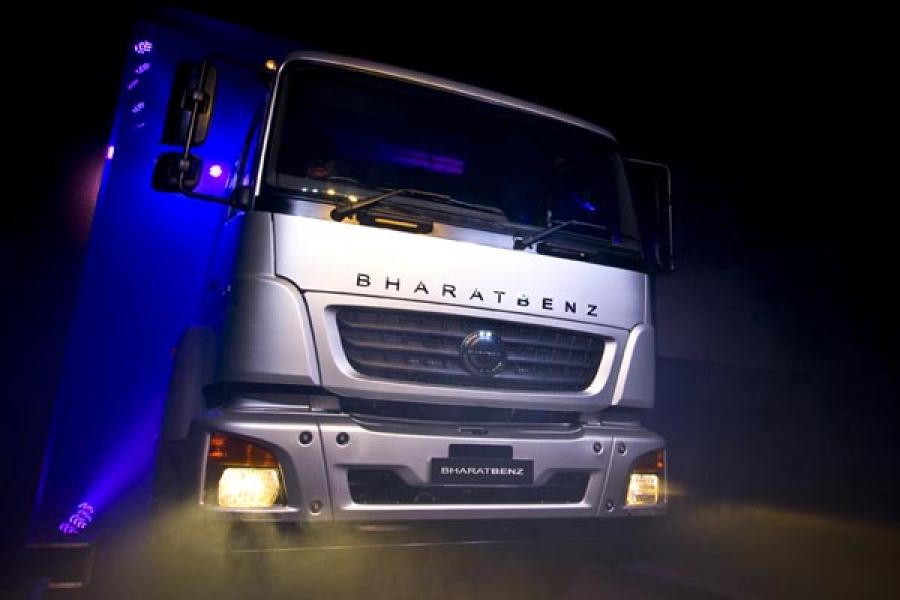 Daimler Commercial Vehicles has been planning their strategy to enter India for about four years now. They have already invested Rs. 4,400 crore in setting up a manufacturing plant in Chennai. The company had originally thought of entering India with the Hero group but that didn’t work out. Now finally, in 2012, Daimler gave a sneak preview of what it has been planning. A senior Daimler executive who didn’t want to be quoted put the whole thing in perspective. “Four years and we have not generated any revenue. All we have been doing is planning and research. You tell me, how many companies in the world are willing to do that? Daimler is very serious about India.”

Daimler is one of the world’s largest commercial vehicles (CV) manufacturers and the company can see the opportunity in India. The Indian CV industry has recorded double digit growth rates in 2011. Daimler expects the market to grow from 3,30,000 units per annum now to about 5,00,000 units by 2020. “In the next 10-20 years, it is the absolute best time to be here,” said Marc Listosella, MD and CEO of Daimler India Commercial Vehicles. This man—who started his career at Daimler as a salesman in the light commercial vehicles division in 1994—has been looking at the India opportunity since the beginning of 2006.

Marc has a very interesting sense of humour. Someone at the conference asked him if Daimler would be looking at partnering with anybody in India. His answer: “Of course a high premium will be charged if someone is interested and you are invited too if you know somebody.” At another time he was talking about equipment at Daimler’s plant in Chennai which he said has been sourced from the best of places in the world. He quipped, “There is no low cost on this. Only the negotiations were low cost.” As expected, he sounded very enthusiastic about the BharatBenz branding.

Daimler has tested its vehicles for over four million kilometers at its test track in Chennai. Listosella was clear that Daimler’s products “will not be tested on the customer.” So you can expect Daimler’s trucks to be reliable. Apparently, when Daimler guys in India want to de-stress, they go and drive the trucks on the test track. A senior official said, it really works. The engineers have also worked hard on the fuel efficiency bit which the company claims will be better than competition.

Daimler’s planning is spot on. 85 percent localisation is complete. It includes localisation in the engine and transmission department. Daimler is working with roughly 400-450 suppliers in India. “And 75 percent of these suppliers were not known to Daimler in 2008. This is a completely new landscape of suppliers,” said Listosella. Now what about the product? 17 products will be launched by mid 2014. The Heavy trucks are built on the Mercedes-Benz Axor platform while the medium and light duty truck is built on the Fuso canter platform. Prices will be announced closer to the launch in March 2012. Listosella claimed that pricing will be competitive. You should expect to pay a premium for German engineering.

Tweets by @forbes_india
Investment in 2012: Take The Lead
Triumph Will Ride in India