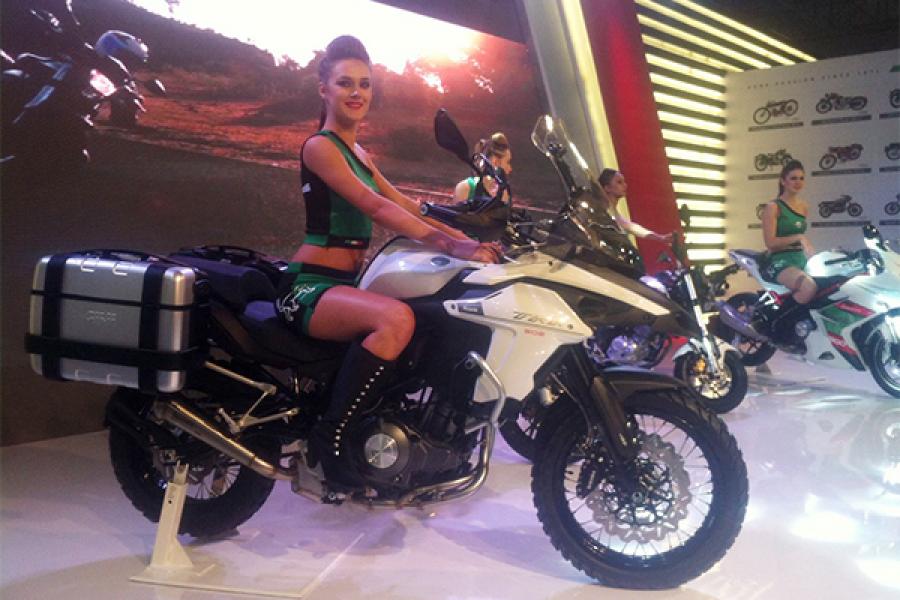 Italian superbiking brand Benelli and DSK Motowheels, a division of the Pune-based DSK Group, are gearing to shake up the superbikes segment in India – with well-entrenched players such as Honda, Suzuki, Kawasaki and Triumph – with a slew of offerings to hit the market in 2016.

Shirish Kulkarni, chairman of DSK Benelli, a joint venture between the 105-years-old Italian brand and the DSK, which has a turnover of Rs 5,000 crore, said that the entire range of DSK Benelli bikes should be available in showrooms across India, in phases, by the end of the year, beginning in the second quarter of the current year.

Kulkarni says that with its full range of offerings, DSK Benelli will aim to corner a 25-30 percent of the superbikes market share in India.

The DSK Benelli range of bikes carries a price tag that ranges from Rs3 lakh to to Rs7 lakh. The company has a CKD unit in Maharashtra where these bikes are assembled.

DSK Benelli has 15 showrooms in India at present, including in cities like Pune, Mumbai, Goa, Delhi, Kolkata, Bengaluru, Chennai and Hyderabad.