OnePlus almost overlooked the Indian market initially. Having corrected its misstep, the Chinese company now gets the maximum share of revenue from the country 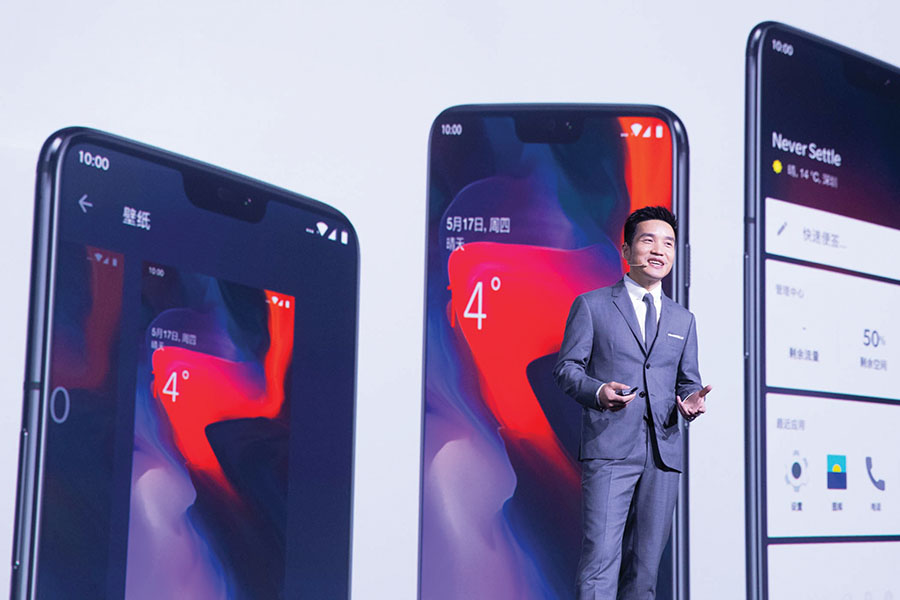 Four months after starting life from China’s Shenzhen—a mecca of sorts for hardware startups—smartphone maker OnePlus launched its first device in April 2014. The OnePlus One, as the premium gadget was called, was aimed at the US and European markets besides home country China.
At the time, India was nowhere on the radar for founders Pete Lau and Carl Pei, given that the premium segment (smartphones priced above $400 or ₹27,000) accounted for, at best, three percent of overall sales in the country.

But two months after the launch, once concrete sales data started trickling in, the founders had to concede an error of judgement. “Traffic trends [sales data] showed that India ranked among our top seven countries. This, even when we had not launched our product in the country,” recalls Vikas Agarwal, general manager, OnePlus India. “People [from India] were buying from the US and Europe, and these were not even people who were travelling to those regions.”

An internal fact-finding mission revealed that Indians were ordering the OnePlus One from the company’s ecommerce channels in those regions—OnePlus’s business model is built around ecommerce—and getting them shipped to India, bearing the customs duty and shipping charges (around ₹4,000) themselves. Despite the additional costs, “the device was still considered value for money”, recalls Agarwal, who joined OnePlus in October 2014 from Ibibo to set up its India operations.

The initially-overlooked Indian market now accounts for over a third of OnePlus’s $1.4-billion revenue, the highest share followed by China, Europe and the US.

It’s a story of yet another Chinese company making it big in India. “Chinese brands are ruling the India smartphone market,” says Navkendar Singh, associate research director–devices, India & South Asia, for market research firm IDC India. Xiaomi, with a 30.3 percent share, is the biggest smartphone brand here according to IDC’s latest figures. Oppo, Vivo and Transsion follow. These brands mostly lord over the sub-$200 (₹13,500) segment, which accounts for 85 percent of the Indian market, where 30 million smartphones are sold every quarter. And about six percent of that is a $400-plus device.

This high-end segment has been cornered by three players—Apple, Samsung and OnePlus that share 98 percent of the sales among them, with Apple having an edge over the other two. “Owing to its popular models 5 and 5T, OnePlus enjoys a near-50 percent share in the premium [$400-$600] Android smartphone segment [Apple’s iPhones run on its proprietary iOS platform]. At that price point, those volumes are quite good,” says IDC’s Singh.

“It [OnePlus] offers the high basic specs such as RAM, camera, memory and build-quality. And its phones are priced significantly lower than flagship models from Apple and Samsung,” Singh adds. In fact, the latest OnePlus flagship, the OnePlus 6, retails for between ₹35,000 and ₹40,000 (depending on the specification), whereas Apple’s iPhone 8 and iPhone X are priced north of ₹63,000 and ₹85,000, respectively.

Despite the lower price, OnePlus has managed to corner just a 1.5 percent share of the overall Indian smartphone market as of 2017, below Apple’s 3 percent, as per industry estimates. (Samsung, which operates across the smartphone price spectrum, has a 25.1 percent market share.) Singh says he does not expect OnePlus to overtake Apple’s market share anytime soon. “Apple enjoys a huge brand pull and halo in India with its previous generation models doing well for many years after their launch. Which also means that at any point in time, Apple has more number of models in the market than a single-model play by OnePlus,” explains Singh.

But in the world’s second largest market for smartphones, low market share means anything but low volumes. “With close to 3 million ‘Notify Me’ registrations prior to its launch, OnePlus 6 was one of the most awaited smartphones of the year,” says Manish Tiwary, vice president-category management, Amazon India, the exclusive ecommerce channel partner of OnePlus for the last four years. The device went on sale on May 21 (exclusively for Amazon Prime members) and OnePlus reported more than ₹100 crore in sales in less than 10 minutes of launch. “OnePlus 6 [whose launch sales were three times those of its predecessor OnePlus 5T] has been the highest revenue grossing phone in a single day at launch on Amazon India,” adds Tiwary.

The OnePlus One retailed in India for ₹22,000 and since then, the company has increased the prices of its devices by ₹3,000 with every new launch. This is a global strategy by the company. “Even after this [the price hike], we have achieved higher growth rates every launch,” says Agarwal.

OnePlus’s soaring success in India has come despite legal battles and tepid sales of some of its earlier products. When OnePlus One was being rolled out in India, in December 2014, local rival Micromax Informatics had got a court injunction halting the sale of the OnePlus One in India. OnePlus One was powered by the Cyanogen operating system, based on the Android platform. Micromax had the exclusive rights to the use of Cyanogen in India, the company had argued.

“We couldn’t sell our products for two weeks,” recalls Agarwal. “In the first month of operations, most of my time was spent in courts and meeting lawyers.” By January 2015, the court injunction was overturned and sales of OnePlus One resumed.

Meanwhile, at OnePlus’s Shenzhen headquarters, the company began creating its own mobile operating system, also based on Android. The result was OxygenOS, which is currently the mobile operating platform for all OnePlus devices sold outside of China since 2015. In China, with modifications to suit domestic regulations, the operating system is known as HydrogenOS.

“OnePlus One was a great first device, but OnePlus 2 [launched in July 2015] and OnePlus X [launched in October 2015] didn’t do well [in India]. With OnePlus 3 and beyond, they [OnePlus] have been able to rediscover their mojo,” says IDC’s Singh.

The potency of the product apart, a key aspect of OnePlus’s success in India was the market dynamics in the premium segment. “In 2014, Google’s Nexus exited the market. This also coincided with the decline of brands such as LG, BlackBerry, HTC and Sony; all of these have been witnessing a decline and are now pretty much non-existent [in the premium segment],” says Agarwal. “So for those looking for an alternative to Samsung and Apple, OnePlus was an obvious choice.” Singh concurs and adds that there were no new smartphone entrants in the $400-$600 price band, in which one finds the older generation smartphone models of Apple and Samsung.

At present, sales metrics shared by Amazon India suggest that OnePlus is on a strong footing and India is likely to remain its biggest market. Consider this: Despite being a premium brand, the company’s penetration into tier 2 and tier 3 markets has increased from 28 percent in 2016 to over 50 percent in 2018; one in two customers for OnePlus choose to trade in their old phones for a new OnePlus phone; and 40 percent of customers choose the ‘No cost EMI’ option, a sales strategy that helped Apple expand its customer base in India.

While the OnePlus has so far relied on its partnership with Amazon India to drive its sales through the ecommerce channel, offline retail is still key to gaining higher traction among Indian consumers. In January last year, OnePlus opened its first 5,600 square feet experience store in India. “The store has definitely improved online sales as the growth of our Bengaluru market was faster and higher than the growth of the Mumbai market,” says Agarwal. “Offline presence increases brand awareness and helps increase customer trust,” he adds. A reason why the company would be rolling out experience stores in Mumbai, Delhi, Chennai and Kolkata. Besides, it opened a smaller authorised store in Mumbai earlier this year with plans of setting up similar stores across Bengaluru, Hyderabad, Kolkata and Pune.

Moreover, the company is finalising plans on local component manufacturing and sourcing. In fact, it believes that India can potentially become a global manufacturing hub with handsets being exported from the country. Given that founder Pete Lau wants to have the company’s second global headquarters in Bengaluru, OnePlus is now gradually on its way to making India its home market.