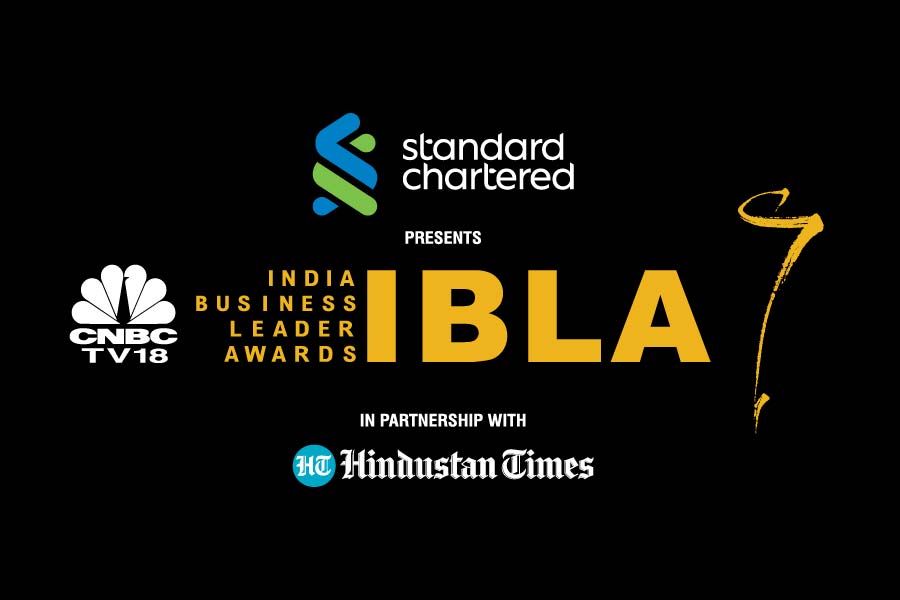 The beginning of the new financial year could not have been any better as CNBC-TV18 concluded the 17th edition of their most-revered property - India Business Leaders Awards on a spectacular note. Themed around Navigating 2022: Chasing the Recovery, the ceremony honoured the most dynamic business leaders and their exemplary contributions on April 1st at Taj Lands End, Mumbai.

Unlike the previous two editions held virtually, IBLA 2022 was organised offline in the illustrious presence of FM Nirmala Sitharaman, change makers from corporate India, who showcased excellence in leadership while contributing to India’s growth and development.

CNBC-TV18's Managing Editor Shereen Bhan kickstarted the evening with a welcome note for honourable guests, including FM Sitharaman. The Finance Minister was also quizzed on the Russia-Ukraine crisis by the executive vice-chairman and managing director of Kotak Mahindra Bank, Uday Kotak. When asked what she would have done differently had the FM known about the crisis beforehand, Sitharaman spelt out three things. She said, “I think I would have ensured that all the wheat is sold well in time and exported. I would have ensured that I have all the sunflowers which are blooming anywhere on the earth brought to India so that I am not deficient in edible oil and I would have ensured I got all my students out.”

This was followed by the award ceremony that witnessed remarkable leaders, from different walks of life, and organisations being felicitated. In his acceptance speech as the 'Outstanding Business Leader of the Year' and rightly so, Serum Institute CEO Adar Poonawalla expressed gratitude to the efforts of the medical fraternity. He said, “I couldn't have done this alone. All the Serum staff worked tirelessly, through the night, matching my unrealistic expectations, my father for giving me the freedom, my wife and partner who's given me the courage and wisdom, the countless government officials, the ministers, the ministries... the list goes on.”

Asian Paints' non-executive chairman Ashwin Dani was felicitated with the 'Lifetime Achievement' award. In his note, he mentioned, "In every industry, you must first attain some level of technology before you can apply the norms of management. That is what I practise.”

Late industrialist Rahul Bajaj and AM Naik, L&T Group chairman, were honoured in the IBLA Hall of Fame for 2022. The 'Outstanding Company of the Year' was handed over to Hindustan Unilever Ltd, while 'Most Promising Company of the year' was bagged by the Indian Energy Exchange. Among those from the field of sport, Mithali Raj received a special mention for 'Outstanding Contribution to Brand India' while Neeraj Chopra was honoured as the Outstanding Contribution to Brand India and Avani Lekhara grabbed the title as the 'Sports Leader of the Year'. The 'Entertainment Leader of the Year' was won by talented actress Taapsee Pannu.

Among Indian businesses, Nykaa in the category of The Disruptors, Mamaearth India was recognized as the 'Young Turks Start-Up of the Year', while Pharmeasy turned out to be 'Young Turk of the Year'. The Brand Campaign of the Year went to Mondelez - Not Just Cadbury Ad, which won hearts across the nation.

Tweets by @forbesindia
Simply Speaking: On creativity, inspiration, inventiveness and tools
G-beauty, C-beauty, T-beauty: Beauty takes on the world and the alphabet