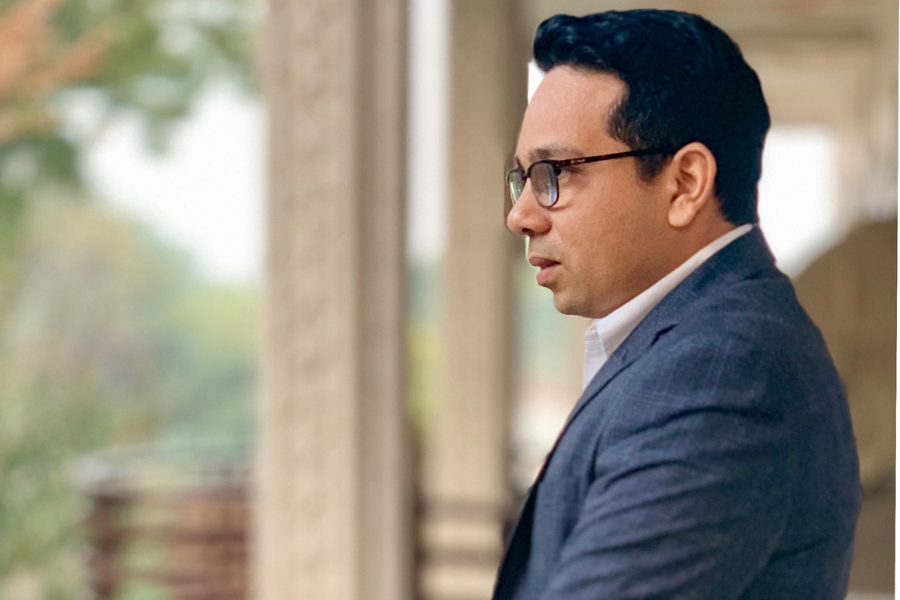 Cybersecurity has become a concern in the digital world. The Digital India campaign and youth of the country require connectivity and mobility round the clock. In this scenario, data privacy and cybersecurity measures become extremely critical. Though not many are aware of the implications of low cybersecurity, some Indians are creating headwinds in the field of cybersecurity through their expertise and knowledge. One such Indian is Khushhal Kaushik, Founder & CEO of Lisianthus Tech Pvt. Ltd. who is considered an authority in global cybersecurity domain. Khushhal Kaushik is the first Indian cyber security expert to be featured by UNESCO’s Annual Magazine. The magazine accepted articles from authors and industry experts from many countries around the globe and selected his to be featured in UNESCO’s annual magazine. His article on Cybersecurity was selected after a rigorous evaluation process spanning over seven months. A a global pioneer in the cybersecurity domain, he has also been invited by Northwestern University, Chicago to share insights on cybersecurity and add value to a Course on Ethical Hacking & Cyberspace Security. Receiving a formal invite to improve its course on cybersecurity from a foreign university is a matter of pride for India as we were considered backward in this field in the past. Khushhal’s expertise has cemented India’s position in the global cybersecurity domain. Khushhal’s organization, Lisianthus Tech Pvt. Ltd. is a dynamic cybersecurity company that has helped several businesses and governments in improving their cybersecurity endeavors. Recently, the company signed up a global MOU with BRICS Chamber of Commerce to increase awareness about cybersecurity in BRICS nations and globally. This made Khushhal the Global cybersecurity advisor of BRICS CCI. As a global advisor, Khushhal is responsible for conducting awareness programs, training workshops and take up cybersecurity consulting assignments on the behalf of BRICS CCI. Also, he is responsible for guiding companies, professionals and tech enthusiasts to build a digitally secure IT infrastructure and adopting best cybersecurity practices. For his achievements and contribution in the field of cybersecurity, Khushhal was lauded and acknowledged by several governments including the Govt. of Andhra Pradesh in India. He was recently invited by the government to take part in discussions pertaining to cybersecurity program planning and strategy. He was also awarded by the Govt. for his achievements in the field of cybersecurity. His global stature as a cybersecurity expert can be gauged by the fact that he has interacted with several ambassadors, ministers of foreign governments and eminent personalities on matters related to cybersecurity. Recently, he interacted with Zori Kor, Former NSA, Israel & Head of Cybersecurity at PMO, Israel. Khushhal’s deep knowledge and expertise impressed Zori who invited him to set up an R&D Lab in Israel. As a global cybersecurity expert, he is quite optimistic about India’s future as a cybersecurity superpower though he believes that there is a lot to do, presently. He believes the biggest barrier to the growth of the cybersecurity industry is lack of awareness about the importance of cybersecurity measures. On being asked by Team Digpu, Khushhal said, “Despite several instances of cybercrimes, the general public and even the corporates are not investing what’s needed to improve their cybersecurity measures. According to me, a large-scale awareness drive should be launched on a national scale to expand the scope of the cybersecurity industry and make it more inclusive and approachable to the common masses, SMEs and budding startups. The government must formulate a national regulatory policy and facilitate promotion of cybersecurity research and development.” He also recommends introducing cybersecurity as a subject in schools. Introducing cybersecurity curriculum at the primary, secondary and senior-secondary levels will help in building a strong foundation, right from the beginning. If we introduce cybersecurity curriculum and make it a compulsory part of the course right from school level, there will be greater awareness about cybersecurity issues and safety measures which will empower everyone to deal with such cases. By building an ecosystem of continuous learning evolution and innovation, he believes, India would rise to become a valuable contributor in the global cybersecurity domain which will give rise to our authority in the domain, as a country. News Source: Digpu Disclaimer: This content is distributed by Digpu. No Forbes India journalist is involved in the creation of this content.