Led by the mobile-screen tycoon who is now one of her country's richest women, China's billionaire ranks jump by 23

By Kerry A. Dolan, Russell Flannery 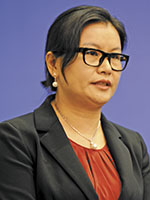 China’s Shenzhen stock exchange has been on a tear of late: In the five weeks following Forbes’s February 13, 2015, cutoff for the 2015 list of the world’s wealthiest individuals, the index rose 18 percent, minting 23 new Middle Kingdom billionaires (see table, below). That brings the number of ten-figure fortunes in the country to 235; the United States, with 533, is the only nation home to more.

The richest newcomer is Zhou Qunfei, 44, whose Lens Technology supplies touchscreen glass for Apple and Samsung phones and tablets. Zhou reportedly worked in glass factories from a young age, and Lens Technology, which she founded in 2003, now has more than 60,000 employees.

Zhou’s 88 percent stake in Lens Technology is worth $3.8 billion. She joins a highly elite group: Of the 202 female billionaires worldwide, only 31 are self-made. 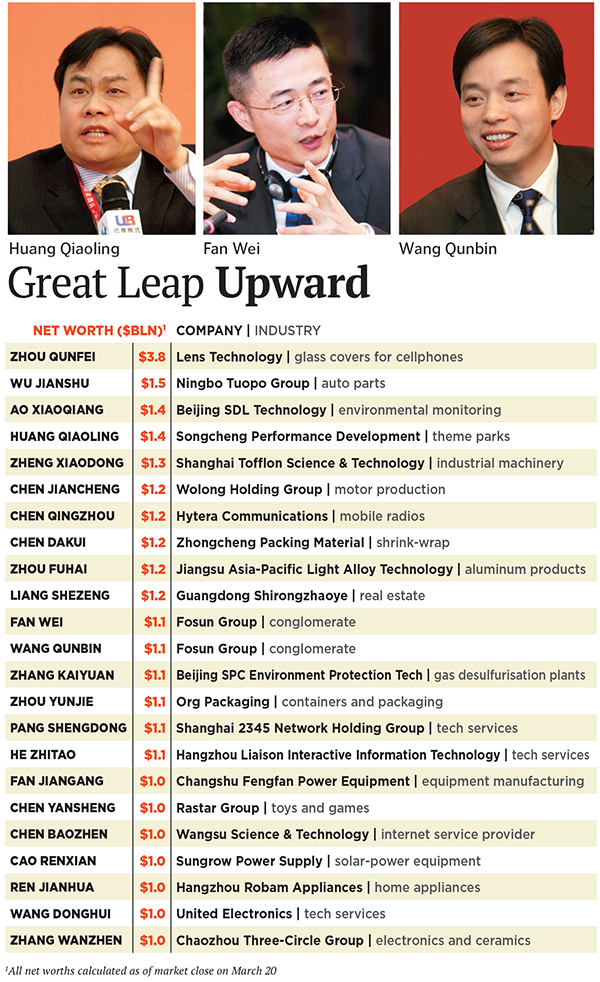