Pages on stages: Successful plays based on books 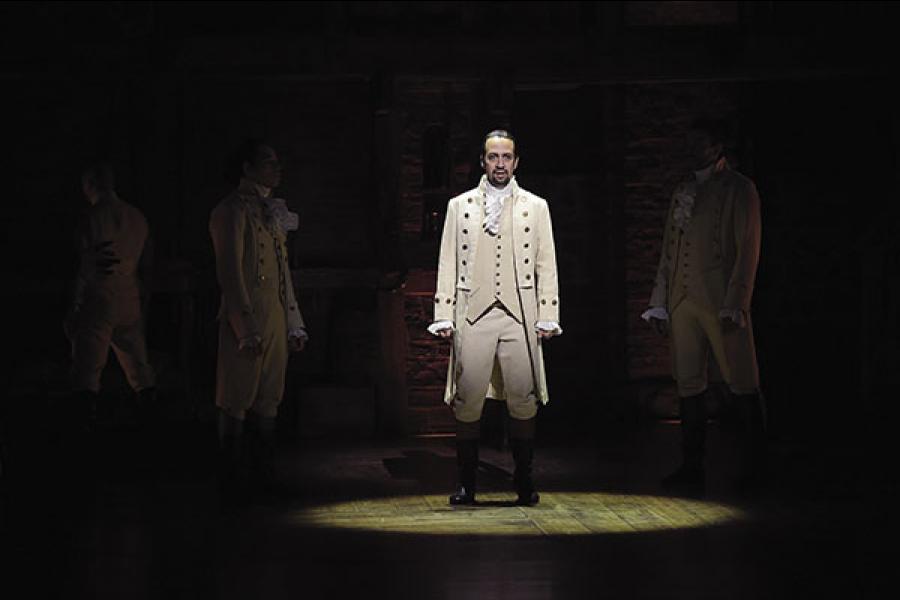 The originality of the broadway smash Hamilton isn’t in dispute but in one way, Lin-Manuel Miranda’s historical hip-hop sensation is utterly derivative: It’s the latest in a long, long (chorus) line of hit musicals based on books. Novels, memoirs, fairy tales and biographies have long served as source material for Broadway, and in some cases— Cats and The Phantom of the Opera are two prominent examples—the show’s appeal far outshines that of the book. (That’s not so with Wicked; the Gregory Maguire novel on which it’s based has sold more than 3.6 million copies just since 2001, when Nielsen began tracking book sales.) Ron Chernow’s 2004 doorstop, Alexander Hamilton, has sold well, some 623,000 copies to date, buoyed by the show it inspired. As for the musical, it has so far grossed some $80 million—a mega-success, but it hasn’t been open long enough to challenge Broadway’s all-time highest grosses. As Hamilton himself might put it, though, just you wait. Just you wait. 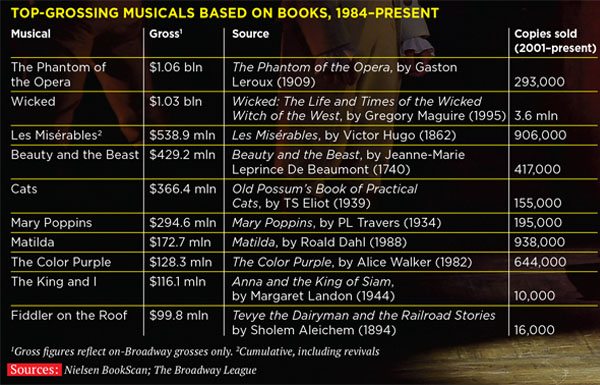